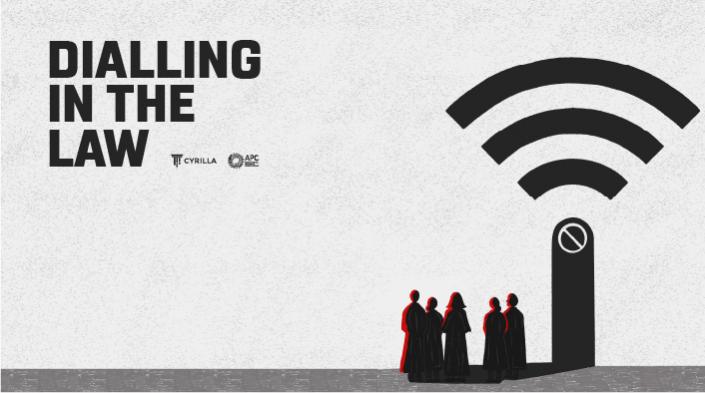 State-mandated internet shutdowns are becoming more frequent as governments use these to quell dissent and silence critics. Can citizens push back against these shutdowns by taking their own states to court? Do countries in the global South have a legal framework to address and counter internet shutdowns?

“Dialling in the Law: A Comparative Assessment of Jurisprudence on Internet Shutdowns”, a report by the Association for Progressive Communications, through the CYRILLA initiative, pins down the literature to address these questions. Aayush Rathi and Arindrajit Basu have authored this report, with research assistance from Anoushka Soni.

The report outlines jurisprudence across the global South on the legality of internet shutdowns. It tackles the growing challenge of government-mandated disruptions of internet access around the world, often under the guise of safeguarding public order and upholding national security interests. Restriction of internet access has been used to quell dissent particularly during moments of intense political turmoil such as protests, anniversaries of key historical events, civil unrest and elections. Internet shutdowns have happened in countries supposedly governed by a democratic system and in countries with authoritarian regimes.

Network shutdowns come at significant human, technological and economic cost. For instance, the Global Network Initiative (GNI) has found that “the per day impact of a temporary shutdown of the Internet and all of its services would be on average $23.6 million per 10 million population.” In response to the growing tendencies of resorting to internet shutdowns, civil society actors have been at the forefront of resistance through persistent transnational and domestic advocacy efforts, and more recently, legal challenges to internet shutdowns. This document looks into how the law and the courts across several countries have taken cognisance of cases related to internet shutdowns.

Through this report, it is the authors’ hope to make resources of global developments available so that they can inform ongoing and future advocacy and litigation efforts challenging internet shutdowns. The report has categorised arguments used by petitioners in contending the illegality of network shutdowns as well the defense put forward by states to justify them. The rulings have varied greatly, and even in cases where shutdowns were regarded as illegal, they have yet to yield substantial changes in realities on the ground. Some of the recommendations put forward by the report are as follows:

The full report is accessible here.