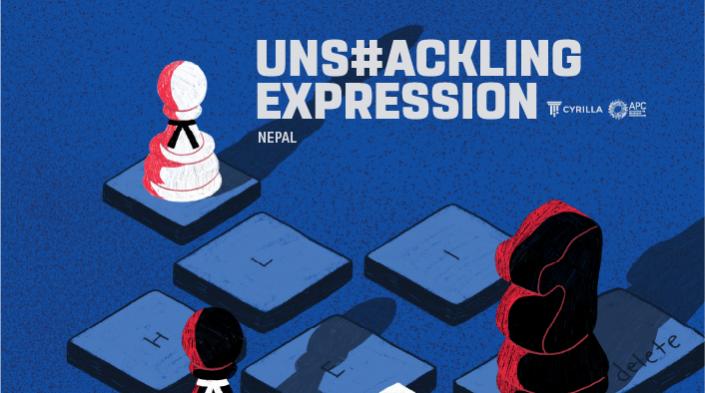 The report was developed by the Association for Progressive Communications (APC) in collaboration with APC member organisation Body & Data. Produced with the support of the CYRILLA Initiative, an online database of laws concerning digital rights, this report serves as a continuation of the 2017 publication Unshackling Expression: A study on laws criminalising expression online in Asia.

In Nepal, 96% of households own mobile phones and access the internet through a mobile network. The country also had 21 million broadband subscribers as of 2019. A 2020 study reported that in the last two years, YouTube usage in Nepal has grown by 60%. The rise of mobile internet users has given the Nepalese population another venue to express themselves and broadcast their opinions on various platforms. The online sphere in the country is rich with poems, memes, vlogs, status updates, photos and other means of self-expression. However, the country also faces challenges in regulating how people express themselves in the digital world, and while some laws and policies have been developed to protect the population against the harms of internet use, some laws are also being used to stifle freedom of expression and trample on people’s right to free speech.

The report provides insights on how these laws and policies are operationalised and implemented and if they are truly protecting the people’s interests. The authors also used court documents and cases to illustrate how certain laws and policies are applied to stifle freedom of expression and silence voices that are critical of those in power. The report assessed various laws in Nepal including the Penal Code, Criminal Code, Electronic Transaction Act and Individual Privacy Act of 2018, among others.

Based on the assessment, the report puts forward the following observations:

Beyond laws and policies, Nepal has to counter other factors to truly promote its citizens’ right to free speech and freedom of expression. Marginalised communities are often subject to gender-based violence, discrimination and bullying that carry over from the offline to the online sphere. Therefore, Nepal has to address these issues and adopt a more rights-based approach to ensure that everyone is encouraged to speak up and express themselves.