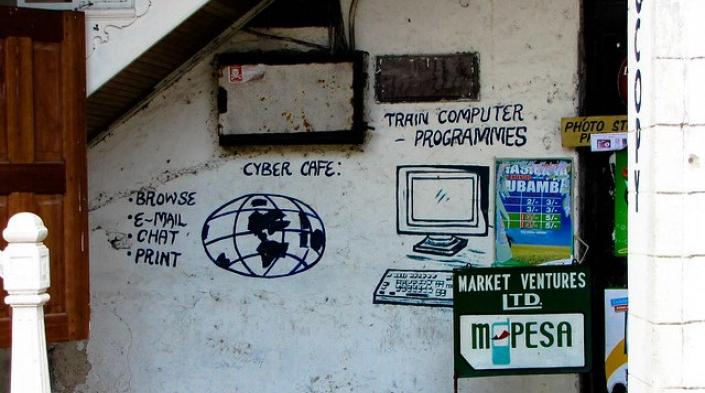 Access to connectivity is a critical driver for economic, political and social growth and development. Kenya’s first National Broadband Strategy (NBS) was envisioned for implementation between 2013 and 2017 with the objective of providing quality broadband for everyone. In the strategy, broadband was defined as: “Connectivity that is always-on and that delivers a minimum of 5 Mbps to individuals, homes and businesses for high speed access to voice, data, video and applications for development.” The strategy set broadband penetration targets of 35% for households, 100% for schools and 100% for health facilities by 2017.

Kenya is now in the process of adopting the 2018-2023 National Broadband Strategy, building on the 2013-2017 instrument, with the aim of providing equitable access to secure broadband for all citizens. In the new strategy, broadband has been redefined as: “Connectivity that delivers interactive, secure, quality and affordable services at a minimum speed of 2 Mbps to every user in Kenya.” This redefinition, now considered more comprehensive, is justified in the proposed strategy as one that “include[s] quality, affordability, security and the overarching aspirations of Kenya as captured in Vision 2030 [Kenya’s long-term national planning strategy covering the period 2008 to 2030].”

The proposed strategy has highlighted some broadband gaps from the 2013-2017 strategy, such as the high cost of broadband, lack of relevant digital content and applications, lack of infrastructure sharing platforms and lack of innovative business models to connect rural and marginalised areas. It also states that by the end of 2017, out of the 33 million internet users in Kenya, broadband subscriptions were slightly less than a million .

The 2023 strategy looks to address some of the gaps identified in the previous strategy, focusing on seven thematic areas, namely: infrastructure and connectivity; services, content and applications; capacity building and innovations; policy, legislation and regulation; privacy and security; broadband devices; and finance and investment. Some of the expected outcomes are provision of last-mile infrastructure achieving 95% national broadband coverage, access to locally assembled, affordable broadband devices for all citizens, digitisation of all government data, integration of digital education in the education system, all Kenyans having basic digital literacy skills, and fostering a culture of innovation that promotes job creation.

The Communication Authority of Kenya (CAK) invited stakeholders drawn from the public and private sectors, civil society and academia to offer their views, suggestions and recommendations on the Revised National Broadband Strategy. The Association for Progressive Communications (APC) in collaboration with Rhizomatica, the Internet Society (ISOC), the World Wide Web Foundation/Alliance for Affordable Internet, ARTICLE 19 Eastern Africa, the Tunapanda Institute and the Kenya ICT Action Network (KICTANet) developed a joint submission with comments on the proposed strategy.

The submission stressed the need to enable alternative approaches to broadband delivery that can complement existing network operator models, and offered the following recommendations, among others:

Following these submissions, the CAK organised a validation workshop in March 2019 that brought together various stakeholders who gave additional inputs that would be incorporated in the strategy’s final document. From the workshop, the Authority agreed to adopt the following recommendations:

The co-authors of the joint submission appreciate CAK’s acknowledgement of our recommendations and thank them for adopting some of our proposals in the strategy document. The time given for public consultation was quite limited, thus the input offered did not cover all aspects of the strategy. We recommend that in future, the CAK provide more time for public consultation and encourage multistakeholder participation in all parts of the strategy to increase stakeholder buy-in. We also request the Authority to share reviews done on the 2013-2017 strategy to benchmark progress made with regard to the previously set targets, and remain committed to engaging in the subsequent parts of the strategy.

Read the full joint submission to the public consultation on the Revised National Broadband Strategy here.

Josephine Miliza is the Africa regional coordinator for the project “Connecting the unconnected: Supporting community networks and other community-based connectivity initiatives”, nominated as a representative of the Kenya ICT Action Network (KICTANet), the project implementing partner in Africa.