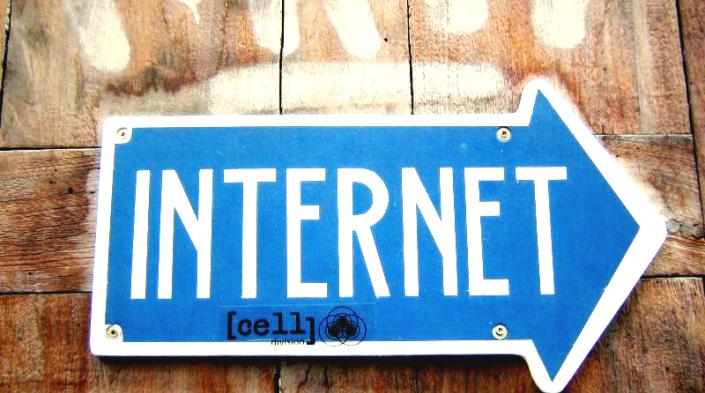 The 36th session of the Human Rights Council is taking place from 11 to 29 September 2017 in Geneva. This session will consider a number of thematic reports from Special Rapporteurs Independent Experts, and the Office of the High Commissioner on Human Rights, some of which will touch on internet-related rights issues, including a report focused on assistive and robotics technology, artificial intelligence and automation with respect to the enjoyment of human rights by older persons.

Concerns relating to specific governments’ records on internet rights will be raised in presentations of reports by country-specific Special Procedures, such as Sudan, and the adoption of Universal Periodic Review (UPR) outcomes, including the reviews India, the Philippines, and South Africa, in which APC and our members participated. We will also take this opportunity to raise the crack down on human rights defenders and the criminalisation of secure digital communications in Turkey. There are some panel discussions at HRC36 that may be of interest to the internet rights community, including one on the impact of multiple and intersecting forms of discrimination and violence in the context of racism, racial discrimination, xenophobia and related intolerance on the full enjoyment of all human rights by women and girls (on 25 September), and on the UPR and the 2030 Agenda for Sustainable Development: achieve gender equality and empower all women and girls (on 15 September).

HRC36 will conclude with the adoption of a number of resolutions, some of which may touch on internet-related human rights issues, such as a resolution led by Hungary on cooperation with the UN its representatives and mechanisms in the field of human rights, and mainstreaming a gender perspective in the implementation of the 2030 Agenda, led by Brazil.

The full agenda for HRC36 can be found here. The Twitter hashtag for the session is #HRC36, and plenary sessions will be live streamed and archived at this link.

Reports from this session relating to the internet and human rights

Independent Expert on the enjoyment of all human rights by older persons examined in her report the opportunities and challenges of assistive and robotics technology, artificial intelligence and automation in respect of the full enjoyment of human rights by older persons. Assistive and robotics technology, which allow to provide support for older people to retain their autonomy and independence and to remain fully integrated in society, are and will be used in three main areas, namely to help monitor their behaviour and health; to assist them or the caregiver in their daily tasks; and to provide for social interactions. Each of those areas touches inevitably on the enjoyment by older persons of their human rights, including their dignity and autonomy, informational self-determination and non-discrimination and equality.

The report addresses human rights impact of the widespread use of assistive technology, in respect of the values which underpin the human rights system and to which such technologies pose new challenges. Some key points from the report include:

During the reporting period, the Independent Expert visited Singapore and Namibia, where she continued on this theme and examined the opportunities and challenges of assistive and robotics technology, artificial intelligence and automation.

The Special Rapporteur on the negative impact of unilateral coercive measures on the enjoyment of human rights conducted a mission to the Russian Federation, during which he scrutinised unilateral coercive measures imposed by the United States on 29 December 2016 on Russian entities and individuals in connection with alleged efforts to interfere with the 2016 United States presidential election. The Special Rapporteur noted that the executive order addressing “cyber-related activities, expanded the types of significant, malicious cyber-related activities that are liable to be sanctioned.

The Independent Expert on the situation of human rights in the Sudan expressed concern about ongoing censorship of newspapers and increased restrictions on journalists from expressing freely their opinion, including intimidation, post-publication censorship, seizures of printed newspapers, etc. It encouraged the government to amend the Press and Publication Act in order to provide more protection to journalists and newspapers publishers. In response, the government of Sudan noted”

“There are thousands of internet sites and blogs which launch huge opposition campaigns against the Government, and there is no any measure taken by the Government to block or interfere with such sites. Social media are freely working throughout the country without any hindrance, a matter which rarely exits in the region. Sudan promulgated the Right to Information Act in January 2016 in compatibility with the Model Law for African States on Access to Information issued by the African Commission on Human and Peoples’ Rights. The Press and Publication Act was one of the legislations reviewed by the Law Reform Committees, and is currently under the legislative process.”

A number of Special Procedures remarked on the impact of communications technology on their mandates in their thematic reports. For example, the Special Rapporteur on the promotion of truth, justice, reparation and guarantees of non-recurrence, produced a global study on transitional justice as an addendum to his annual report. The study recognised the utility of technological advances for the documentation of prosecutions, truth commissions and historical and cultural works, in particular technological innovations that have helped create tools for the documentation and analysis of large sets of data. He also noted that archiving, including preservation but also classification and access, has benefited immensely from new technologies. Likewise, the Special Rapporteur on the human rights to safe drinking water and sanitation noted the value of using geographic information system (GIS) for producing and monitoring rich data including on land use, water sources, particularly in informal settlements.

The following outcomes of UPR reviews are being adopted at HRC36, which include recommendations relating to the internet and human rights.

Bahrain received the following recommendations, which it will respond to during the adoption of its UPR outcome on 21 September (10.00-13.00):

Ecuador accepted the following recommendations, which it considers them already implemented or in the process of implementation. The adoption of Ecuador’s UPR will take place on 21 September (10.00-13.00):

Tunisia accepted the following recommendation. The adoption of Tunisia’s UPR outcome will take place on 21 September (10.00-13.00):

Finland received the following recommendation, which it will respond to during the adoption of its UPR outcome on 21 September (13.00-15.00):

During Finland’s review, the government noted that it recently decided to allocate more resources to police activities for the prevention of hate speech on the Internet and the investigation of related offences and that it is implementing the Code of Conduct on countering illegal hate speech online, which had been published by Facebook, Twitter, YouTube, Microsoft and the European Commission.

United Kingdom received following recommendations, which it will respond to during the adoption of its UPR outcome on 21 September (15.00-18.00):

India received the following recommendations, which it will respond to during the adoption of its UPR outcome on 21 September (15.00-18.00):

During India’s review, the government noted that an important plank of the country’s development agenda, as well as of its push towards good governance and the creation of a knowledge society, is the Digital India programme, which aimed at transforming India into a digitally empowered society. The government also characterised women’s digital literacy and financial inclusion as being at the top of the its agenda.

The Philippines received the following recommendation, which it will respond to during the adoption of its UPR outcome on the 22 September (10.00-13.00):

Algeria received the following recommendation, which it will respond to during the adoption of its UPR outcome on the 22 September (10.00-13.00):

Poland received the following recommendations, which it will respond to during the adoption of its UPR outcome on 22 September (10.00-13.00):

The Netherlands received 12 recommendations relating to internet issues, which it will respond to during the adoption of its UPR outcome on 22 September (13.00-15.00). The majority of these recommendations concerned racist, xenophobic, intolerance, and hate speech online, from Cuba, Egypt, Guatemala, India, Serbia, Sierra Leone, Syria, and the United States. Germany, Mexico, and the Russian Federation made recommendations concerning the right to privacy, surveillance, and the collection of data.

South Africa received following recommendation, which it will respond to during the adoption of its UPR outcome on 22 September (13.00-15.00):

During South Africa’s review, the government noted that with regard to the right to privacy in the digital age, including communication surveillance, oversight, data protection and proposed legislation, oversight mechanisms to ensure that a person’s right to privacy was not unlawfully infringed already existed. In particular, it mentioned that the Information Regulator had been created by the new Protection of Personal Information Act.

The government also noted that new legislation to enhance cybersecurity needed to be developed, and that there were a number of misconceptions regarding the new Cybercrime and Cybersecurity Bill. For example, Additional structures to be established by the Bill would not give powers to the State Security Agency to control the Internet, nor any powers to censor or suppress what could be accessed, published or viewed on the Internet, nor to monitor communications without judicial sanction.

Side events relating to internet rights:

A draft calendar of side events is available here.

For a comprehensive overview of HRC36 see: