HRC 35: How to protect human rights in the face of rapidly changing technology?

Home / News / HRC 35: How to protect human rights in the face of rapidly changing technology? 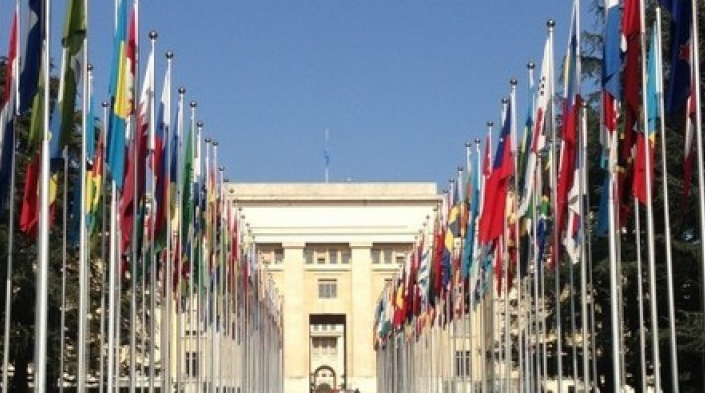 From 6 to 23 June, the United Nations Human Rights Council (HRC) held its 35th session, with debates on the situation of human rights worldwide. From harassment of human rights defenders and civil society activists, to crackdowns on freedom of expression and media freedom, to the threats faced by women and girls under conflict, a diversity of issues were highlighted.

As we pointed out with our pre-session brief "Internet at the Human Rights Council 35th session", a number of internet-related rights issues are on the agenda at the HRC’s June session. In particular, the UN Special Rapporteur on the promotion and protection of the right to freedom of opinion and expression, David Kaye, focused his annual HRC report on examining the role of the state and the digital access sector in ensuring freedom of expression online. In addition, the Office of the High Commissioner for Human Rights(OHCHR) released its report on bridging the gender digital divide from a human rights perspective, contributing substantively to the global debate on how to empower women through ICTs.

To raise awareness and deepen the debate on these critical issues within the HRC community, APC participated in HRC35, organising several side events. Together with ARTICLE 19, Access Now, Privacy International, and the Permanent Missions of Sweden, Germany, Austria, Brazil, Mexico and Lichtenstein, APC organised and spoke on a panel on "Digital Access, Shutdowns and Surveillance" to discuss Kaye’s report.

Kaye shared key findings from his report, which details how internet shutdowns violate international human rights law and examines the role of the digital access sector more broadly. Last year, with resolution 32/13, the HRC unequivocally condemned internet shutdowns, but since the resolution, at least 15 states have implemented internet shutdowns, including Kashmir, Cameroon and India (which has undergone 20 in 2017), for reasons that go from preserving public order and national security to “preventing students from copying in exams”, lawyer and APC-IMPACT project coordinator Gayatri Khandadhai highlighted. The panellists discussed how ordinary citizens experience internet shutdowns, and raised the connection between internet shutdowns and the domino effect they have on freedom of assembly, association and on economic, social and cultural rights, especially the rights to health and education, which are severely hit. Julie Owono from Internet Sans Frontières noted that many of the companies that violate users rights in Africa are subsidiaries of companies based outside of Africa (for example, in Europe) and questioned the human rights obligations of the states where those companies are based.

Representatives of the private sector shared some of the initiatives they have taken to deal with government requests for access to user data and orders to interrupt service. They outlined a number of challenges that they face in upholding their responsibility to respect human rights, awareness and understanding within all levels of the company, increasing transparency around their decisions, while respecting the privacy of users, and ensuring the safety of local employees who may face physical intimidation. “The HRC must continue to send out the message that network shutdowns are undesirable and unacceptable,” Khandadhai concluded.

Internet shutdowns, and other crackdowns against freedom of expression and media freedom, continue to increase particularly in regions like South Asia, where APC has a strong focus. APC and FORUM-ASIA organised a side event "Freedom of Expression in South Asia", where participants highlighted the deteriorating situation for freedom of expression in countries like India, Maldives and Pakistan, where a steep rise in nationalist agenda is causing censorship and backlash throughout the region, a crackdown on secular and liberal speech which affect all art and artistic expression, attacks on journalists, and new laws and re-interpretation of old laws that legitimise these unreasonable restrictions. “States in the region end up inspiring one another,” the participants noted. The event also discussed and honoured human rights defenders, journalists and civil society activists such as Yameen Rashid, killed in the Maldives in a context of increasing repression of dissent around the globe.

APC co-organised a second event on freedom of expression and religion in Asia with FORUM-ASIA, titled “Religion and Expression Online in Asia”. The event provided a platform for human rights defenders to highlight on-the-ground realities in the exercise of freedom of expression and religion in online spaces and look at the criminalisation of speech termed as “blasphemy” in relation to hate speech, which remains unaddressed. This event also saw the sharing of initial findings by APC and the Centre for Communication Governance on the issues of hate speech and religion-related restrictions on expression. “We operate in an environment of fear and intimidation,” remarked Shahindha Ismail of the Maldives Democracy Network. The Rabat Plan of action was discussed in detail and ideas on how to engage with the process were proposed.

To dive deeper into the conclusions and recommendations of the OHCHR report on bridging the gender digital divide from a human rights perspective, APC, together with OHCHR and the missions of Sweden, Brazil and the United States, organised a side event bringing together experts working on internet access, violence against women, and internet governance, among others. Internet penetration rates remain higher for men than women, but access is more than just penetration rates or infrastructure. It is also about how existing offline power dynamics and cultural norms around gender equality play out in digital spaces. The Permanent Representative of Sweden to the UN in Geneva, Ambassador Veronika Bard, noted that the report constitutes a significant contribution to bridging the divide between men and women, and called for creating an enabling environment that empowers women and girls. The panel discussion addressed how the human rights community can better confront the barriers that women face accessing the internet to exercise their human rights. In particular, the threat of gender-based violence and abuse were discussed in detail.

The UN Special Rapporteur on violence against women, its causes and consequences, Dubravka Šimonovic, announced that her next report to the HRC will focus on this issue, and called for input from experts and stakeholders. There was consensus about the need for more data, to better understand the types of barriers to using ICTs that women are facing. Otherwise, the policies being developed to bridge the gender digital divide will be supply driven rather than demand driven. Panellists also advocated strongly for the need to increase the participation of women in internet governance discussions, where gender equality and human rights are too often seen as non-issues, and not on the agenda. Finally, there was consensus around the report’s linking of the gender digital divide as part broader gender inequalities and discrimination that women face in society, as well as its framing of overcoming women’s barriers to meaningfully accessing and using ICTs as part of human rights obligations to promote, protect, and fulfil human rights.

Panellists encouraged the HRC to further address this issue through its bi-annual resolution on the promotion, protection, and enjoyment of human rights on the internet. The HRC’s June session saw considerable substantive debate on internet rights, which we expect to continue in the coming year with the Special Rapporteur on freedom of opinion and expression’s upcoming report on content regulation and internet platforms, and the Special Rapporteur on violence against women’s report on gender-based violence online, among others. We are encouraged to see more states taking an interest in the online dimensions of human rights and will continue to work with others in civil society to build awareness and deepen understanding of the link between human rights and the internet, new threats to human rights that citizens are experiencing online, and how to bridge the normative gap when it comes to protecting human rights in the face of rapidly changing technology.