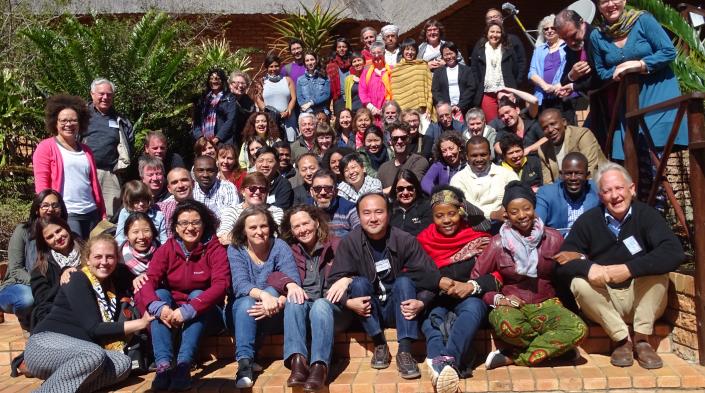 "We are like a tree, with our members and network being branches that give off this fruit which seeds and grows new trees in the community."

Getting all of our members together is an opportunity to celebrate the work we have done and strategise around the work still ahead. After our last member meeting in Barcelona, Spain, in 2014, the APC network met again from 18 to 20 August in Ithala, South Africa. 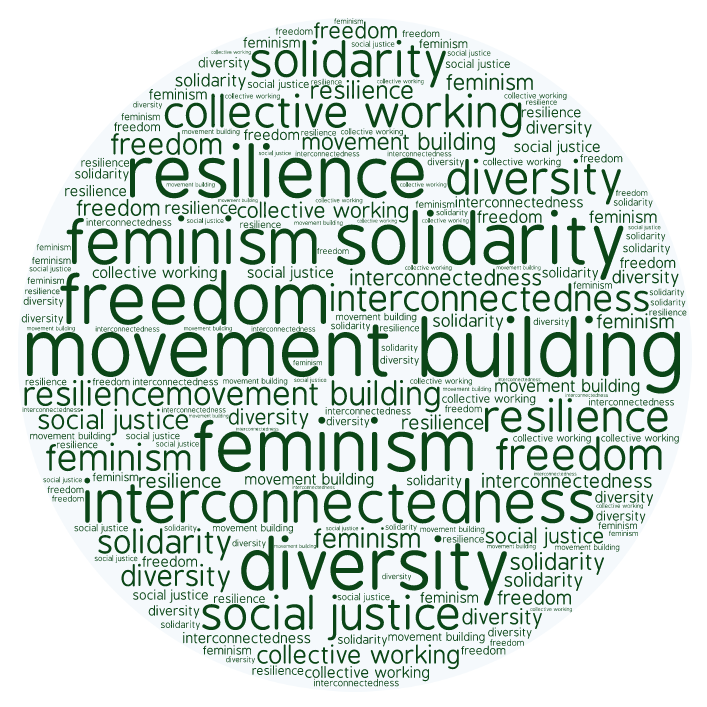 On 18 August, the first day of the member meeting, the participants joined together to discuss APC's direction as a community, framed within APC's strategic plan for 2016-2019, and our identity. What brings us together? Concepts like solidarity and interconnectedness, resilience, movement building, feminism, diversity, working collectively, freedom and social justice were some of the common denominators that members and staff pointed out as key features.

Discussions around APC's strategic priorities took place throughout the day. Access, rights, a feminist internet, use and development of technology, governance and the APC community, the key areas that APC has committed to advance on until 2019, were at the heart of the conversations that sought to collaboratively reaffirm our politics and consolidate a roadmap that gathers us all in the same direction, answering questions such as: What are the barriers we face to advance in these areas? What are the key trends, regionally and worldwide, that we are observing? What surprises us? What must we pay attention to as a collective? Are there aspects in these areas that create dissent among us?

The rich debriefing on group discussions was provided in a “wisdom circle” where members shared their reflections on actions taken throughout 2016-2017. There were some particular themes that were raised as relevant areas we need to pay special attention to, such as economic models and trade, the environmental impact of technology, algorithmic processes, how we understand movements and community versus institutional powers, and language as a factor of inclusion/exclusion.

The highlight of the second day of the meeting was when APC members and APC staff shared information about their projects and activities in what was called the “Museum of Moments”. All members were asked to bring an object from home that they could use to explain more about their local work. APC members were quite inventive and brought a wide array of creative objects to display, ranging from a router, a packet of chocolate-flavoured coffee and a thread-making device to publications such as brochures and newspapers, DVDs, an anti-surveillance box, a Canadian two-dollar coin, a T-shirt, a logo and pictures. 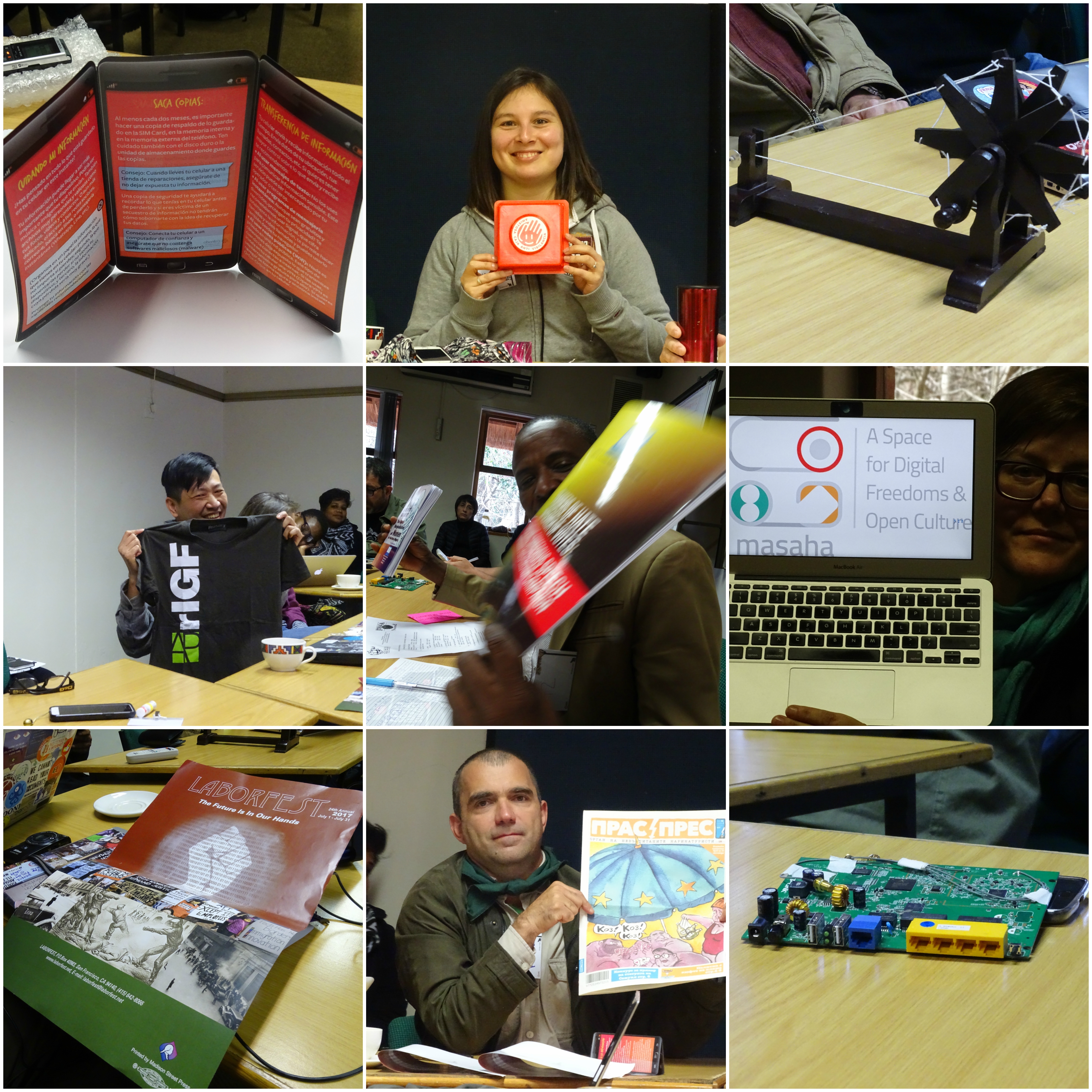 APC staff had the chance to share information about project and programme work by answering questions from the members in what was called the “APC Talk Show: Ask me anything!”

The third day of the meeting featured sessions on networking and capacity building. The main topics covered were, among many others, community networks, digital security, APC grants, the Feminist Principles of the Internet, journalism and media, cybersecurity policy, freedom of expression, digital rights and law 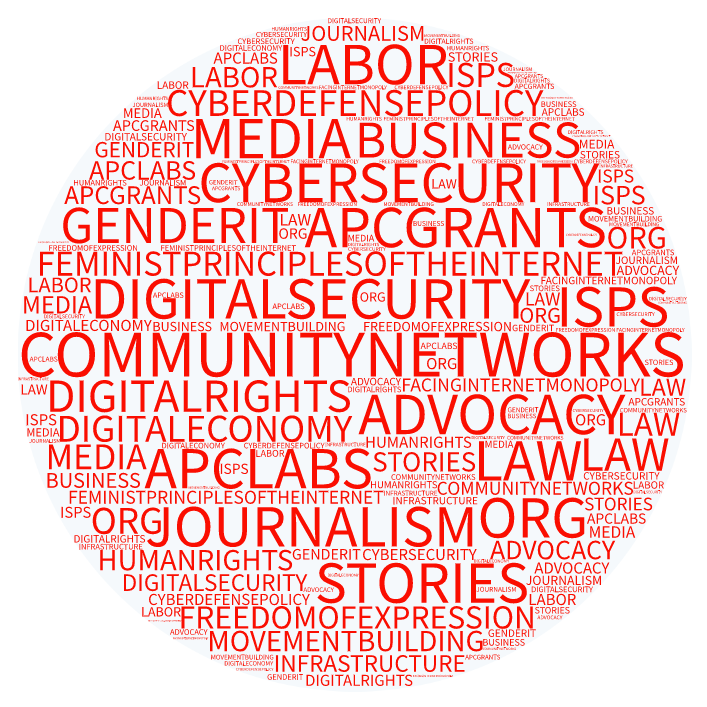 The fourth and last day was the APC Council business day, when the APC Board of Directors and Executive Director Chat Garcia Ramilo reported back on different issues, including an overview of the implementation of the strategic plan to date, a discussion of APC policies, an overview of APC finances for the period 2014-2016, and reports on membership, grants and participation and collaboration. The meeting concluded with the election of the new APC Board of Directors for the period 2017-2019.