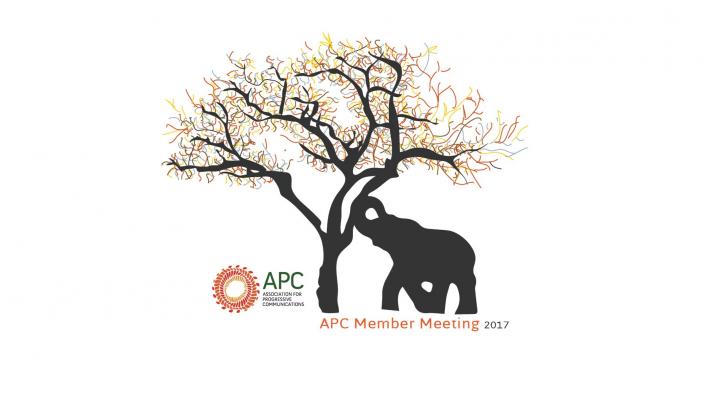 Twenty-seven years ago, the Association for Progressive Communications started as an network of non-governmental internet providers. Today, APC is still pioneering community access to infrastructure, but the world has changed in many ways over the past two decades, increasing the challenges and diversifying our work on the internet as a tool for social justice. Getting all of our members together is a celebration of the work we have done and the work still ahead. After our last members meeting in Barcelona, Spain, in 2014, the APC network is meeting again from 18 to 20 August in Ithala, South Africa.

APC is, above all else, a network. The directions we take, the priorities we commit to, are driven by our members, who now total 85 and are active in 75 countries; 56 of them are organisations and 29 are individual members. Freedom of expression and assembly, net neutrality, spectrum-related issues, gender justice and safety online, autonomous community infrastructures: these are some of our members’ top priorities, so the meeting will feature discussions and exchanges on how to continue our work in these areas, in addition to electing a new APC Board of Directors.

Being represented in a diversity of countries, regions and communities is key to defining our priorities, so the addition of new members to our network is always a reason to celebrate. Among our new members are two organisations from the Middle East – Social Media Exchange in 2016 and 7amleh in 2017 – which represents greater opportunities for networking and collaborative actions in a region where human rights and internet defenders are increasingly at risk. Having recently lost one of our dearest friends and partners, Bassel Khartabil, in Syria, only reminds us of the importance of continuing to defend human rights, online and offline, in the region.

The spaces for freedom of expression and assembly continue to shrink worldwide, particularly in regions where we have been working for decades, such as the countries that are the focus of our Advocacy in India, Malaysia and Pakistan (APC IMPACT) project, which has translated into growing membership in Asia. We are also concerned about the threats that Latin American users are facing, which lately include Brazil, with increasing undermining of democracy and due process, including the attacks against the Internet Steering Committee in Brazil and the rights of internet users.

In Africa, where internet shutdowns are increasingly common, the African Declaration on Internet Rights and Freedoms promoted by our members and partners on the continent elaborates on principles for a human rights-based approach to internet development and governance. Among the highlights of our work in Africa, we are proud to see many alumni of our African School on Internet Governance (AfriSIG) becoming a growing presence in internet governance spaces. Many of our members have actively collaborated on a number of policy-related initiatives. Fantsuam Foundation, KICTANet and PROTEGE QV are currently collaborating in the organisation of the Forum on Internet Freedom in Africa, an event convened by another of our African members, CIPESA, and set to take place in September in Johannesburg, South Africa.

Our European members BueLink.net, Strawberrynet and GreenNet took part in the Bosnia and Herzegovina Internet Governance Forum, which was organised in Sarajevo in October by our member One World Platform. In August 2017, six members contributed to the World Social Forum held in Montreal, Canada, which our individual member Stéphane Couture helped organise.

In the words of APC’s knowledge sharing and network development coordinator Karel Novotny, “Our latest new members have brought renewed opportunities for initiatives in the area of community Wi-Fi and GSM networking, an area more worth exploring than ever.”

Argentine member AlterMundi, a recent addition to the network, along with older APC members Digital Empowerment Foundation and Pangea, recently helped establish the Dynamic Coalition on Community Connectivity (DC3), which has already been quite successful in promoting community-operated infrastructure. The work in the area of community-owned infrastructure is gaining significant traction in APC, and we are looking forward to new developments. “APC keeps being a hub of remarkable FLOSS software developers,” Novotny adds, with notable new projects including eQualit.ie's privacy/security-oriented Ceno, Caislean, and N+1Sec projects and the LibreServer project coordinated by our member Zenzeleni Networks, a project in which other members are also involved. Additionally, the websites of several APC members are shielded from online attacks by eQualit.ie's DDoS protection system Deflect.

In 2010, Professor Peter Willetts said: “If not for APC, the internet would not be the public and open platform that it is today.” In the current scenario, we can't help but wonder how much of this openness and publicness has been lost, and how much we can still save. This crucial work will not be possible without a strong network and the influx of new members bringing exciting new experience to APC, which we will celebrate by getting together and reflecting on the past, present and future of the internet, and what that means to the development of our network.