Equal before God? Women and the right to freedom of religion

Home / News / Equal before God? Women and the right to freedom of religion 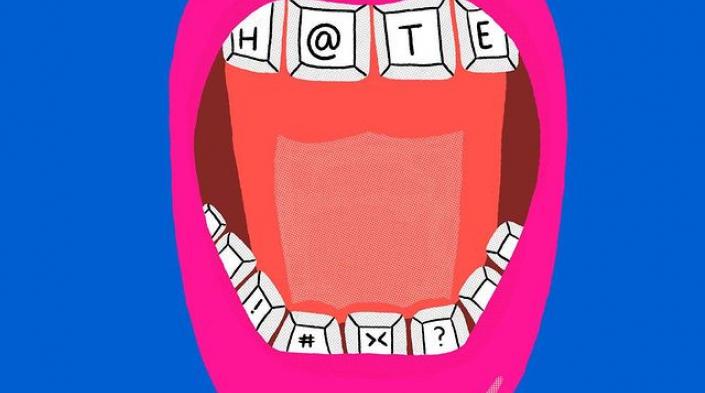 This article is part of the latest issue of Arrow for Change, a publication showcasing various perspectives and voices on the right to freedom of expression and speech, particularly around the issues of the right to seek, impart, and receive information and ideas. The following piece is written by Gayatri Khandhadai, APC's Asia policy regional director.

Discussing religion is seldom an easy task with differing opinions around the table. This is just as true, if not more so, on the internet. The internet and other information and communications technologies (ICTs) have become an integral part of our lives, and numerous aspects of our daily functioning largely intersect with online spaces. Online platforms, more particularly social media, have provided an alternative medium for not only expression of opinion, but finding spaces and people who are seeking answers to questions that trouble us. These discussions and alternative viewpoints or life stories may otherwise be difficult to find in traditional offline spaces.

The downside of engaging with conversations about religion remains the swiftness of response, which does not provide space for considered opinion generation. Reactionism, especially on issues that deeply relate to identities of individuals, ultimately results in hateful messaging. Lines are drawn and limits of tolerance for what is acceptable become subjective. This is particularly a challenge in Asia, where most countries have diverse ethnic and religious communities. Religion, caste and ethnicity are central to mainstream political structures, and the polarisation is palpable around elections or other key democratic moments.

Often times, groups that are invisibilised by religion have the least say in how religious practices and beliefs should play out. Women, across all prominent religions, are viewed as second-class citizens to be governed in a manner that is not applicable to men. In many cases, religious texts and their interpretation point to discriminatory thinking propounding the need to “protect” the bodies and “morality” of women. On the internet, it becomes nearly impossible for women to express themselves on issues relating to religion affecting our autonomy and bodies without attracting violence. The message is clear—women are welcome to talk about religion as long as it furthers and glorifies the majoritarian version of it. Men who disagree with these discriminatory beliefs are also subjected to violence. This is evident from a recent instance in India where Thol Thirumavalavan, a prominent Dalit leader, pointed out the misogyny in Manusmriti, a Hindu text. He was subjected to vile online bullying and a criminal case has been registered against him for supposedly making derogatory remarks on the religious text.

The conflation of religion, culture and morality is used to control how women must live and behave in the interest of the larger society. Discriminatory and harmful practices perpetrated in the name of religion or culture include female genital mutilation, the denial of free choice in marriage or divorce, stigma around abortion, prevention of entry into places of worship, and outright killing for sexual “impropriety”. The rhetoric is ingrained in our minds through education, arts, politics and familial discourse to a point where support for these practices also stems from other women, as was seen in the “Ready to wait” campaign in India.

Although this conditioning is centuries old, it is only in recent times that the experiences of women in the context of religion have been explored in relation to their right to freedom of religion or belief. Until a few years ago, the United Nations was largely unresponsive to the intersection of gender and religion. For instance, the 2016 report of the UN Special Rapporteur on the right to freedom of religion or belief, which addressed the intersection and mutually reinforcing nature of the right to religion and the right to freedom of expression, failed to recognise the gendered experience of women in the context of religion. Similarly, the Rabat Plan of Action, which seeks to combat incitement to hatred, also fails to address the specific challenges faced by women in the name of religion or the role of online spaces in furthering or quelling hate. While the International Covenant on Civil and Political Rights prohibits advocacy of religious hatred, it fails to address hate in the name of religion against women sufficiently.

Despite some developments in the discourse in international spaces, across Asia, the on-the-ground realities seem to be worsening. States have taken a problematic position in relation to censoring expression in the name of defending religion. Information and content relating to social, political or religious issues in several Asian states remain heavily regulated, policed, punished and prevented. This mindset is ultimately translated into laws and policies that regulate the conduct of women and gender minorities.

The banning of websites relating to sexual expression and LGBT and SOGI issues in Pakistan and Indonesia over the past few years has been done in the name of religious morality, with the websites being termed “un-Islamic”. Women led organisations like Sisters in Islam have received fatwas and seizure orders for their work and writings deemed as being against the teachings of Islam. Maryam Lee in Malaysia was subjected to online bullying and state-sponsored legal harassment for her book Unveiling Choice on her journey to abandoning the head scarf. The Aurat March in Pakistan demanding gender equality has been attacked online and offline. Shakthika Sathkumara was arrested in Sri Lanka over his novel about a gay Buddhist monk. In 2010, Sri Lankan author Sarah Melanie Perera was arrested for her book speaking about her conversion to Islam from Buddhism. In the meantime, personal laws in the region seek to further control women, such as the Buddhist Women’s Special Marriage Law in Myanmar, which places absurd constraints on women including the need to obtain consent from their parents to marry non-Buddhists. In India, men from minority communities, especially Islam, are targeted by Hindu groups for entering into relationships or marriage with Hindu women. Many of these attacks result in honour killings and violence in India that are justified as actions against “love jihad”.

Often, the issue of suppression of women in religion is reduced to or projected as an Islam issue. The above examples across different countries and religions show that all religions, whether they are in majority or not, are riddled with issues that diminish the space and voices of women. These incidents illustrate how subversion of the agency of women takes place to further a regime of protectionism by men who claim to be acting in the interest of women.

Social media platforms, especially large ones such as Facebook, have further compounded the problem. The community standards of these platforms prohibit the sharing of images of parts of a woman’s body, such as the breasts. On the other hand, platforms have been accused of working in tandem with governments, especially authoritarian governments, to deal with content online in accordance with their commands. The arbitrary treatment of content online and restrictions on the expression of women are contrary to international human rights standards. It is ironic that these giant platforms seek to control women’s bodily and sexual expression, while failing to tackle hate speech against them. A bulk of this hate speech targets women or seeks to mock the masculinity of men who question authoritarian regimes backed by religious leaders.

The unrelenting attacks from state and non-state actors cut across theists, atheists, the undecided, those who are religion-fluid as well as women who are indifferent. By resorting to draconian measures that preserve the propriety of religion in the name of preventing defamation of religion, states are in effect desecrating the right to freedom of expression of women, and compromising their right to religion as well.

More worryingly, these restrictions prevent all forms of dialogue and discussion on existing legal and social norms that touch upon religion even for academic purposes, which only contributes to weakening democratic practices. Given this context, any discussion on religion in online spaces that is not discriminatory and does not incite violence should be welcomed, irrespective of whether we subscribe to the view presented. Despite these daunting challenges, women have in many instances successfully leveraged online spaces to push back against repression. The Not in My Name campaign in India was led by women against mob lynching of minorities for consuming beef. The Flower Speech and My Friend campaigns in Myanmar were developed by women to advocate for acceptance and tolerance. Women in Pakistan have relied on social media and digital tools to organise and mobilise the Aurat March, public processions of women, to highlight issues relating to gender equality. These campaigns have been met with violence or hate on the basis of religious sensitivities.

Excluding women and threatening their expression are a great disservice to the realisation and evolution of religions. To make women’s voices heard we need spaces that promote conversations and we need to find ways to improve tolerance for hearing the experience of women in religion. Policy spaces and religious institutions must dialogue with women to go beyond tokenistic presence of their bodies towards meaningful participation. Finally, for women, who have historically been censored, the internet might be the last bastion of free speech and exploration in our times. It is therefore critical that we ensure that it is open, free and without any form of hate or discrimination.

More about the Arrow for Change report here.