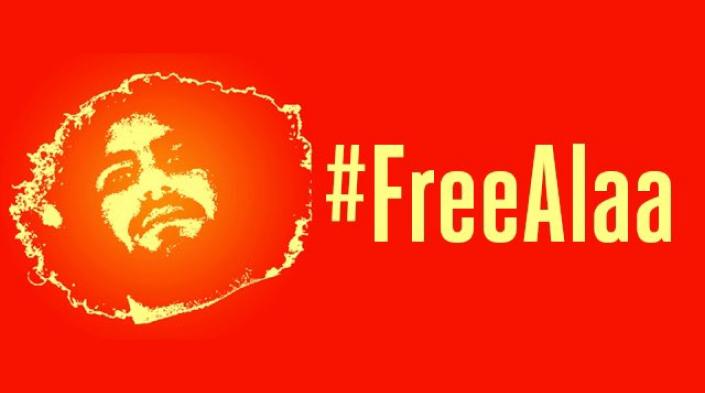 Renowned Egyptian blogger and long-time friend and collaborator of APC Alaa Abdel Fattah remains in prison, along with thousands of journalists, civic activists and human rights defenders. On 12 April, Abdel Fattah started a hunger strike in Cairo’s Tora maximum security prison to protest the dire conditions in Egypt’s jails and the ban on family visits amid the COVID-19 pandemic.

The hunger strike followed a decree to pardon a number of prisoners to mark Sinai Liberation Day, which excluded prisoners whose charges relate to national security or violation of the protests law – the most common charges against government critics.

Abdel Fattah, a prominent figure during the 2011 uprising that led to the ousting of then-president Hosni Mubarak, was imprisoned in 2013 under charges of protesting without permission. He had been granted conditional release in March 2019 but was arrested again in September that year.

“I believe that what drives Alaa’s decision at the moment is the continued ban on contact with his son in such exceptional circumstances, and his worry about the family,” Alaa’s sister Mona Seif said on her Twitter account, referring to the ban on family visits that was imposed weeks ago.

Human rights advocates and organisations have repeatedly called on the Egyptian government to free political prisoners in order to prevent an outbreak of coronavirus in the country’s prisons, which are notorious for being overcrowded, dirty and unhygienic. On November 2019, months before the outbreak of COVID-19, UN experts said that Egypt’s abusive detention conditions “may be placing the health and lives of thousands of prisoners at severe risk.”

At the Association for Progressive Communications (APC) we are alarmed at the crackdown on Egyptian civil society, which has intensified since the outbreak of the pandemic, targeting peaceful protesters and human rights groups. In August 2018, Eyptian president al-Sisi signed the regressive Anti-Cyber and Information Technology Crimes Law (Cybercrime Law), which extends government control over the flow of information online, shrinking space for public debate and authorising mass surveillance.

We urge the Egyptian authorities to immediately release Alaa Abdel Fattah and all those detained for peacefully exercising their rights to freedom of expression and assembly, and take measures to protect the health of all prisoners amid the COVID-19 pandemic.

More about Alaa’s case and his current hunger strike at https://freealaa.net/en/about.