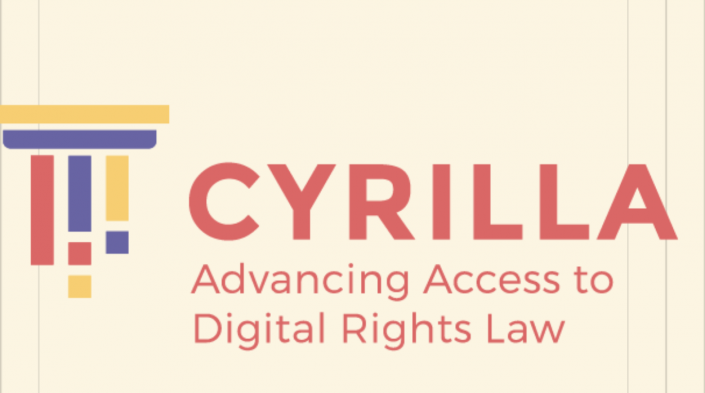 By Nerissa Naidoo for CYRILLA

On Monday, former CNN journalist, Maria Ressa, was convicted of “cyber libel” by a court in the Philippines. Ressa is the CEO and executive editor of Rappler – a news website that has frequently investigated and critically reported on Philippine President Rodrigo Duterte, who has referred to the site as “fake news”. The conviction has been cited as a blow to press freedom  and democracy in the Philippines, and is yet another example of the direct relationship between restrictions on internet freedoms and rising authoritarianism.

We discussed the repressive laws in the region in our #DigitalLawsAsia Twitter campaign on June 10 – 12. Hosted in collaboration with the Association of Progressive Communications (APC), the purpose of #DigitalLawsAsia was to explore the human rights impacts of digital regulation in South and Southeast Asia.

Day 1 of the campaign set the tone for the rest of the week by defining digital rights and establishing our rights-based approach to digital laws. APC also emphasized that as the role of the internet in society grows in prominence it is imperative that governments adhere to international human rights standards in formulating and implementing digital laws. Although these laws govern virtual spaces, they interact with ‘traditional’ fundamental human rights, such as the rights to free expression, information, privacy, assembly and association, equality, and education.

Digital laws must consider international human rights standards as the minimum guarantee and aim to further protections. They must comply with UDHR, ICCPR, ICESCR and other instruments as applicable. #DigitalLawsAsia

Across Asia, APC noted, digital laws vary in their compliance with human rights standards: some are progressive, some omit rights-respecting language, and others flagrantly violate digital rights under the auspices of legitimate government action. To demonstrate, APC cited examples from its 2017 Unshackling Expression report, which documented online free expression laws in various Asian countries. These laws and cases, as well as digital rights jurisprudence from Asia broadly, can be accessed on CYRILLA, and users were directed to use the resources to evaluate how their country’s approach differs from other countries in the region. As part of the campaign, we released a video tutorial to assist with navigating the database:

Day 2 focused on digital laws in South Asia, as the subcontinent contends with rising censorship and criminalization of online expression, from content restrictions to internet shutdowns. APC kicked things off by taking a deep-dive into the many statutes and cases governing online free expression in India, including a few recent positive outcomes from the Supreme Court.

#India: The Indian judiciary has played a significant role in shaping the discourse on digital rights, both in ensuring their protection & in some cases, posing serious roadblocks for their enjoyment. This thread is on cases that have pushed forward the discourse #DigitalLawsAsia

Pakistan also boasts a range of tools to censor online speech — the latest being The Citizen Protection (Against Online Harm) Rules, which is currently under deliberation. The harsh provisions of Bangladesh’s Penal Code and Digital Security Act were then highlighted for eroding the Constitutional guarantee of free thought and free expression in a country that has recently seen online political dissent turn fatal. Finally, Body & Data engaged with the impact of Nepal’s digital laws on the expression of gender and sexuality in the country. Body & Data will be expanding on this in a report for CYRILLA to be published soon, and we will add the relevant legislation and cases from Nepal to our database.

We are joining in the #DigitalLawsAsia campaign along side with @APC_News, @CYRILLA and @gayatriki to focus on how laws regarding information, technology and communication aka cyber laws look in #Nepal. Follow along with this thread: https://t.co/8vdMZe41TX

Southeast Asia was showcased on Day 3, as participants from Malaysia, Thailand, Cambodia, the Philippines, Myanmar and Indonesia led the discussion around the contraction of the online space due to repressive laws which target religious or ethnic minorities, LGBTQ+ individuals, and political dissidents. Indonesia has the most internet users in the region, but routinely fails to live up to its human rights obligations regarding expression and privacy. In August 2019, the government imposed internet shutdowns in Papua and West Papua amid anti-racism protests. However, earlier this month, a court in Jakarta ruled that the shutdowns were unlawful. The Philippines, despite its already concerning approach to digital rights, still has a number of laws in the pipeline to further restrict online free expression.

#DigitalLawsAsia. With the controversial Anti-Terror Bill being railroaded by the Congress, there's been much attention on the state of digital freedom in the Philippines. Here is a thread on the laws affecting freedom of expression in the country, especially online:

#DigitalLawsAsia brought together digital rights organizations and activists from South and Southeast Asia; highlighting the most pressing issues in both regions, and identifying trends and divergences in digital laws across their respective countries. With the resources and tools available on our open, multilingual database, CYRILLA supports their research and advocacy efforts in the fight for better digital laws and policies that respect human rights. If you would like to get involved, contact us at collaborative[at]cyrilla.org.