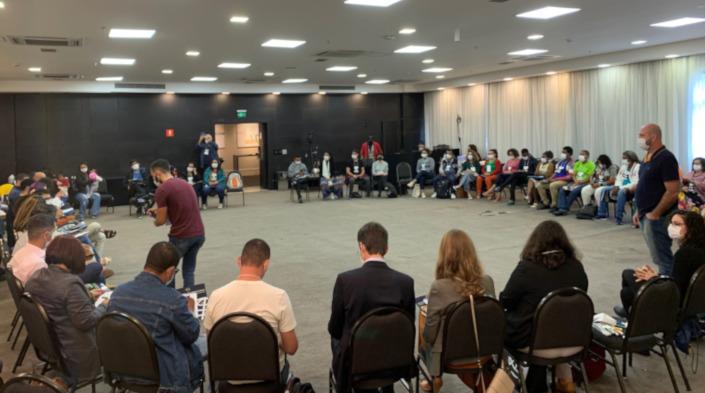 Currently around 35.5 million people still don’t have internet access in Brazil and the persistent digital gap has been reinforcing inequalities. With a bottom-up approach, communities from around the country feel that they are not only capable of building solutions to the areas ignored by commercial models, they can also do it while bridging these inequalities and seeding important social changes.

Representatives connected with diverse social movements and from different parts of Brazil assembled on 10 and 11 November 2022 at the Internet Community Networks Encounter in São Paulo to discuss their experiences and exchange learning, challenges and dreams. This wide diversity of community-led initiatives issued a joint letter valuing the role of community networks to bridge the digital divide and calling for supportive policy and regulation for community networks in the country.

Community networks, according to their letter, are “a way of digital inclusion that connects with building free technologies, local content and participatory processes.” Based on the common challenges mapped by the representatives, the document reinforces the importance of an enabling environment for community networks, highlighting measures that can help to build it. It pushes for “the existence of private and public funds to support community networks” in a way they can “develop technologies and applications from the communities, acquire the needed equipment and infrastructure, carry out training activities and maintain their social and technical network.”

The letter also calls for the participation of the community networks movement in national policy and regulation dialogues and decision-making processes, pointing out the need for more state actions to ensure meaningful connectivity at affordable prices, or even for free, to all people in the country. It was endorsed by representatives from diverse communities from rural and urban areas, such as Indigenous, quilombolas, ribeirinhas (riparian population), among many others. It was also supported by civil society organisations and digital rights activists (read the full letter in Portuguese here). 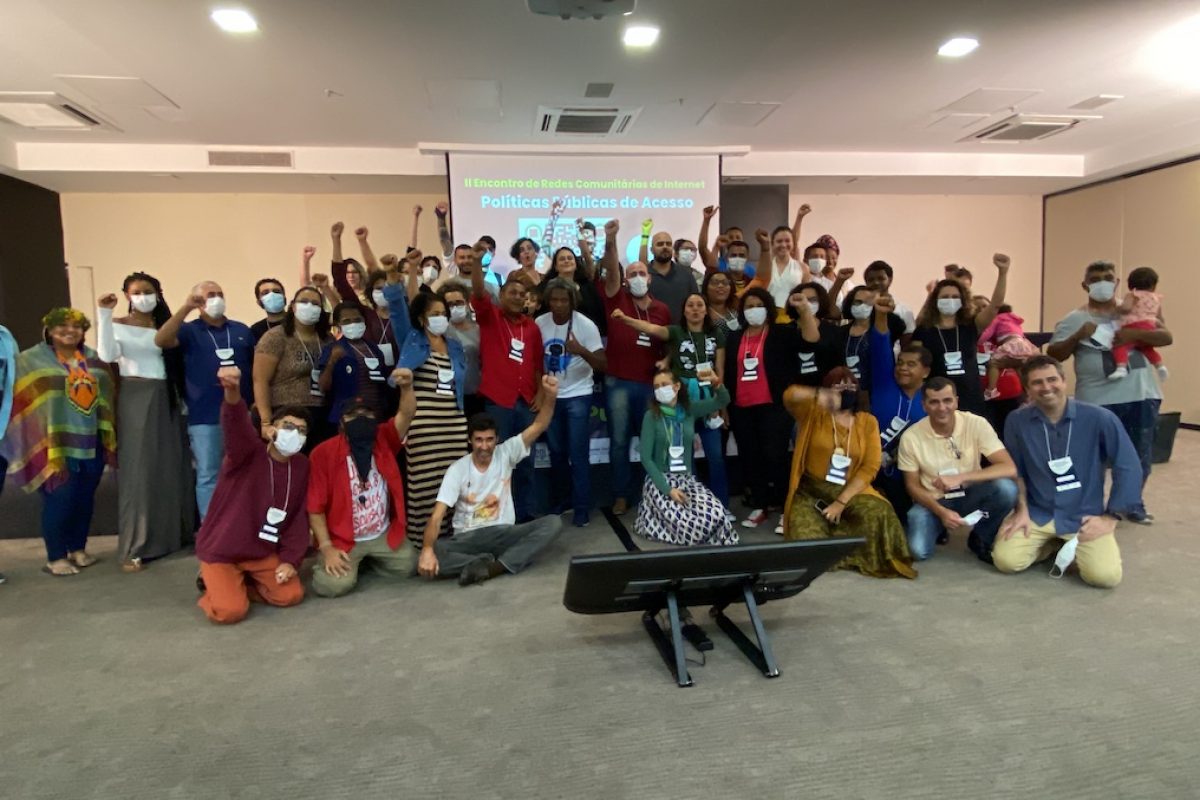 Harvesting achievements despite the challenging scenarios

As in other parts of the world, the event made it explicit that the communities facing higher challenges to access connectivity are precisely those who have to defend their lives and other fundamental rights constantly. Communication is key in their local context. “Internet access can help with the protection of the communities leaderships. There is a lot of invasion of our territories by farmers, land grabbers, and agro and hydro businesses, and the communities are many times isolated. They don't know whom to ask for help. How can they even call the police in an emergency if there is no communication?” explained Sandra Leny Angelo, an agent in Bahia state region from the Comissão Pastoral da Terra, an entity defending the human rights of land workers.

Beyond protection, communication is central so people can also share their culture and knowledge. “There are a lot of good things within the territories. Access can help communities, including for the commercialisation of their produce; it can help them sell their organic eggs, lettuce and more.”

The meeting was an opportunity to exchange information, which Angelo hopes to bring back to her region, as they are studying the possibility of setting up community networks. “Internet can bring the idea that what is in the city is better, accelerating the loss of the local culture and consuetude,” explained Angelo, pointing out to the risks that have to be evaluated too.

Despite the many challenges faced, the community networks movement celebrated important achievements that go way beyond connectivity solutions. “Initially we thought this was about internet access only. But during the COVID-19 pandemic, we valued the educational aspect and the involvement of the youth,” affirmed Giovânia Machado in an interview with the IBEBrasil portal, while celebrating their community network in the city of Penalva in the Maranhão state.

Local appropriation of technologies and communications for people’s well-being is another common aspect celebrated by these communities. “Communication can also be a tool of domination and it has been used for that in Brazil and in the world. We believe that appropriating it is essential to have autonomy and to be a spokesperson for our own voice,” highlighted Layla, from the Casa de Cultura Tainã and Rede Mocambos.

Casa de Cultura Tainã is a free territory, an urban quilombo. It has several projects related to Afro-Indigenous culture and among its areas of work is one focusing on community communication and free technologies. They also articulated a descentralised network called Rede Mocambos and their community television was the one in charge of live-streaming of the encounter.

Layla believes that a community-led approach leads to more humane outcomes and principles. “These initiatives are coming from people who don't have the financial intentions; they just want to generate content and equip the people so that the people speak for themselves.” They are also creating infrastructures to manage and safely store the content that is already produced by the communities, she explained, adding: “We don't want to be simple users, but [we want to be] autonomous developers within these free digital territories.”

For the representative from Anatel, Brazil’s National Telecommunications Agency, the encounter was an important opportunity to better understand the reality of these communities and convert this into a more efficient regulation in support of community networks.

“When we are regulating, we are usually very far from [ground] reality. As much as we do public consultations, it is always good to be present and hear directly from the people involved about the dreams, needs and the difficulties they face in their daily lives,” stated Eduardo Jacomassi, Anatel’s manager of Universalisation and Expansion of Access.

Brazil and Anatel have acted internationally to support the inclusion of community networks as an important piece of the world digital ecosystem, supporting the recent update made by the International Telecommunication Union (ITU). During the 2022 World Telecommunication Development Conference, held in the Rwandan capital Kigali this year, the ITU revised Resolution 37, the one focusing on bridging the digital divide, which finally recognises the important role of complementary access networks, such as community networks, non-profit operators, small ISPs (internet service providers) and others.

At the national level, Brazil will have a transition in the federal government next year, which can bring new possibilities. “We have the possibility of changing the public policy decree – with a new government arriving – of establishing new priorities and eventually place community networks as a specific focus and naming them in the decree,” pointed out Jacomassi of Anatel. The currently decree does not mention community networks directly.

There is also some work in progress in the country in relation to the resources of FUST, the national universal services fund. “After 20 years, we managed to structure the fund and unlock it to make investments,” added Jacomassi, who is part of the management board working on the definitions of how the resources will be applied from 2023. “It is important that we can already place the community networks while structuring FUST investments, so that they can also receive part of that fund.”