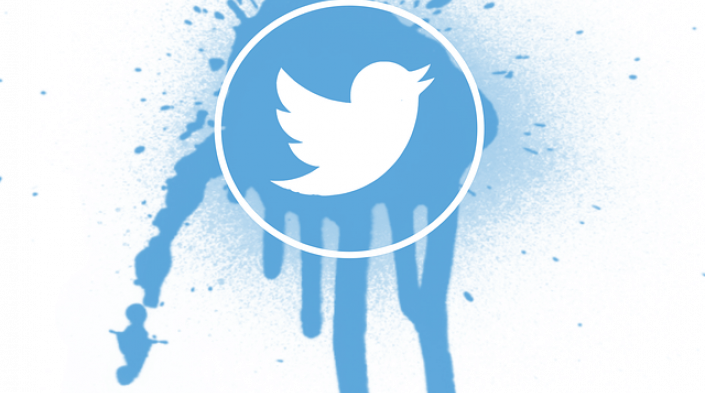 On 14 April 2022, multi-billionaire and business magnate Elon Musk put forth an offer to acquire social media platform Twitter for the exorbitant amount of USD 44 billion. The news sparked a series of reactions around the world, with civil society groups voicing immediate concern about grave implications for freedom of expression and human rights online. The proposed acquisition marks yet another example of philanthropic posturing that covers a brazen move for profit, control and power centralisation, with Musk claiming that his companies "are intended to do good for the future of humanity."  These issues remain important even as Musk tries to renegotiate the deal.

While some of the more pointed responses to this news have been highly debated in the media, there are some more nuanced ramifications that have remained under-reported but are nonetheless troubling. We reached out to APC's network and staff and asked them to reflect on the following question: "What are some under-explored concerns about Elon Musk's buyout of Twitter that people are not realising or highlighting enough, especially given your geographic and/or other context?" The responses have been collected below.

The Twitter case highlights the complex challenge of regulating a platform for online expression; a difficult puzzle of local and global interests, standards and rules, that never has been resolved with simple solutions.

The addition of transparency mechanisms, safeguarding human rights, including impact assessments and the progressive incorporation of multiple stakeholders in standards and moderation procedures, constitute minimums human rights that a global platform can't resign; private platforms have the responsibility of protecting and respecting human rights. It should not matter who their owners are.

In addition to continue working to promote  better ways of state regulation and better states of governance of digital platforms, we must continue questioning their ownership models, and the control of the information they collect and manage. Given the power that platforms like Twitter represent, why are the only options to be controlled by one or several oligarchs?

With its population of about 200 million, the radio remains the most effective means of communication in Nigeria. Social media, particularly Facebook and Twitter, are popular among youths and political activists. The extent of the use of Twitter among activists came to public view during a popular protest in 2021 against a branch of the Nigerian police known as SARS. The protest, tagged ENDSARS, turned violent, resulting in looting, arson and some deaths. The leaders of the protest utilised Twitter to mobilise their members quite effectively. When the Nigerian president reacted to the violence with a threat to the organisers of ENDSARS, Twitter promptly deleted the post on the grounds that it contravened its rules. The Nigerian government responded by imposing a seven-month ban on Twitter.

The impact of the ban on Twitter was far reaching, with most human rights group expressing opposition to the ban, but hardly any of them criticised the use of same medium to drive the violence of ENDSARS. It was this apparent double standard of Twitter that raised suspicions of its motives. The government extracted its pound of flesh before the ban was lifted.

Musk’s unfettered freedom of expression will have to contend with where to draw the line in fragile democracies. If/when a ruling party finds itself at the losing end of public discourse with its political opponents, as long as the security and safety of the state is not threatened, it remains to be seen if Twitter will maintain a neutrality that is fair to both parties.

With ownership of Twitter, Elon Musk will have access to all Twitter feeds and user data. Given his prior use of Twitter tends to impact the value of his business holdings, there is concern that he could hand over select user data to governments in countries with fewer privacy concerns he seeks to do business in. It is a privacy nightmare.

As with many tech solutions, there tends to be a huge drop in Africa's needs as a continent when it comes to decision making yet they too form part of the infrastructure and users of these platforms. Specifically for women and girls in Africa the already too far-reaching platform, when/if privatised, may heighten this effect should things change, such as a subscription fee.

Twitter is used by many African feminists to organise on different causes and to reduce the already expensive costs for physical meetings, including flights, transport and costs of planning in Africa. Therefore privatisation that will have new ways of working may hinder full participation of many African feminists and minority organisers who are already using Twitter as a social hall for different campaigns and advocacy on different issues.

On open data policies, with privatisation no one is guaranteed that their data and information will not be used for gain other than which it is intended for.

In Nepal, people – especially the young generation's entrepreneurs – look up to Elon Musk very fondly without criticism. We did not find much reaction by the Nepali tweetsphere to his Twitter buyout except a few who took it as a great deal and inspiration of their "self-made" billionaire. They even wished for Musk to open a Tesla plant in Nepal. There were several memes (which said: "Musk buying Nepal Telecom Authority to cut off the specific ringtone sound that is used in the context of local election") shared in Nepali social media mentioning other national or international companies that Musk could or should buy. People seemed relaxed and took it as an opportunity to laugh out on these memes.

On the other hand, the issue of data privacy is rarely raised. Organisations working on digital rights, press freedom/freedom of expression also do not show much concern over possible risks to freedom of expression and privacy after this incident. In such scenery, it will make it more difficult for us to organise and advocate with regard to our digital rights in Nepal. We also cannot clearly say how freedom of expression and privacy of women and marginalised people will be considered in post-Musk's Twitter. Although Twitter allowed people to use pseudonyms or remain anonymous, this approach could change under Musk, which could affect women and non-binary individuals' freedom of expression and sexual expression. It also raises concern over censorship, law and free speech in general. For now, Nepali politicians are more invested in Facebook and TikTok rather than Twitter or Instagram, so we aren't sure how Musk and these politicians will connect with each other for future connections. Meanwhile, Musk has announced to charge certain amounts for the official accounts of organisations/companies. This deal could mean more privileges to the paid accounts, which could be anything that will put users' data at more risk in future.

India is a country with less than 20 million Twitter accounts. However, the Indian political Twitter is also swarming with bots and profiles that are mostly working to bully, harass and troll political dissidents of the present regime. The number of fake/automated profiles has also been documented. The Indian government has also been so far quite strict with Twitter, demanding it block profiles critical of the government (and raid their offices when they are delayed to respond), and identify a grievance officer who is responsible for non-compliance with government requests. Elon Musk’s claims of free speech absolutism would be tested here.

As much as cracking down on dissent, Indian Twitter (and cyberspace) sees rampant misinformation and hate speech as well. While Twitter as a public company had restricted users peddling hate (like Kangana Ranaut, or Donald Trump), Musk might see to it that they are reinstated under his free speech. While treading the lines between spreading hate and a constitutionally granted freedom of speech and dissent, Musk also proposes to nominally charge business and political users of Twitter – given how hitherto marginalised voices have found some voice in Twitter, this might not end up being a fair game in the "internet’s town square".

The exorbitant amount Elon Musk paid for Twitter brings us back, in principle, to the horrifying concentration of power in one individual and how problematic it is to concentrate control of one of the fundamental communication platforms of these digital times (and incidentally, of the information and data accumulated in it over 16 years) in such a way. What could go wrong?

Social networks and Twitter in particular are communication channels and scenarios in which communication takes place. They are platforms for interaction and play a central role in shaping public discourse. The more public discourse can be put at the service of capital, the more sense it makes to sustain the logic of control of these media and spaces by economic powers. What real space does freedom of expression have in a scenario of control concentrated in an individual? The risk of freedom of expression being managed with a transactional value is extremely high. That Twitter has a single owner whose expressions on the platform have been marked by misinformation, sexism and defamatory intent, and that decisions on content moderation depend solely on that person, is risky in itself for freedom of expression and democracy itself.

Concerns surround, among other things, the increasing concentration of power and control over digital space and public discourse (which in itself is harmful to democracy); the centralisation of the management of massive amounts of data in a few unscrupulous hands; threats to freedom of expression and other rights in the digital environment; the spread of disinformation, hate speech and divisive content; the lack of guarantees for the safety of vulnerable groups on social platforms; and the imposition of authentication for those who face hostile environments closed to dissent and for whom remaining anonymous is a matter of life and death.

Elon Musk has said he only wants to follow the law when it comes to moderating expression on Twitter – no more or no less. This isn't an ideal situation as national laws can be limiting – for instance, the laws in most countries do not ban misinformation or certain kinds of hate speech, but we still need such content to be regulated on social media, since it puts users at risk of online and offline violence. Following the law strictly in many countries, especially across Asia and Africa, would mean that Twitter users in those countries would actually find the platform less accessible and free, due to the restrictive nature of their laws related to freedom of expression. At a practical level, implementing local laws in every country in which Twitter operates would not only be extremely difficult, it would also lead to a fragmented platform with users experiencing different levels of access. On the other hand, international human rights standards provide a consistent guide for content moderation on social media, which Twitter has been making efforts to incorporate. A shift away from that could make the platform unusable for many of its users.

Although there are concerns about how Elon Musk will manage Twitter – including if he will monetise it in some way – the real threat to online freedoms will continue to come from governments who block Twitter or sanction people who Tweet things they do not want to hear. What is interesting about the takeover is that Musk is a Twitter user, and his tweets have some influence on markets, no doubt amongst other things. It is different, for instance, to Facebook’s buyout of WhatsApp, because here you have a situation where someone who very publicly uses a platform to share his opinions owns the platform. So there is a lot of reliance on Musk’s goodwill – both as an owner and as a user. It’s a bit like a newspaper baron using their newspapers to write front-page op-ed pieces. Of course, Twitter is not a newspaper, but it will be interesting to see how this dynamic evolves.