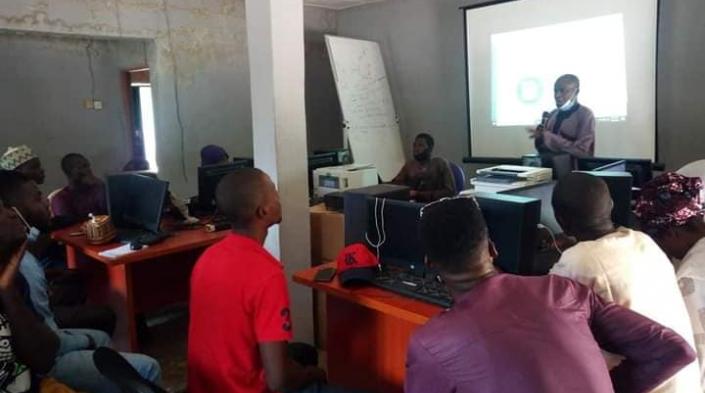 This article was originally published on the website of APC member CITAD.

The Centre for Information Technology and Development (CITAD) says more than half of Nigerian people are not connected to the internet.

CITAD’s observation is coming as the nation’s telecommunication regulator, the Nigerian Communications Commission (NCC), begins to review its licensing processes and conditions after nearly 20 years.

The executive director of the Centre, Y. Z. Yau, said in a statement to ASHENEWS that the telecommunication sector is highly dynamic and its regulatory framework has to be equally dynamic, to respond to changes in technological development.

“At the beginning of this year, only about 43% of Nigerians were using the internet. This means more than half of Nigerians are still unconnected, creating an unwanted digital divide in the country," Yau stated. "Since that review, a lot of major technological developments have occurred, making some of the provisions obsolete and thrusting new issues that they hitherto did not anticipate," he explained.

“Among the technological progress, for instance, we have moved from 2G through 3G and are now heading for the deployment of 5G. We are witnessing the update of artificial intelligence and internet of things (IoT), both of which are major users of bandwidth. Within the period, internet has moved from a fringe luxury of the rich to an indispensable tool for all.  One of the lessons that the COVID lockdown has taught the world is that the future is increasing dependence on online interactions. This is why the United Nations has declared access to the internet a right and that no one should be left behind,” he added.

According to Yau, “Although Nigeria has made tremendous progress over the years, there are still many millions of people who are unconnected and are not using the internet. At the beginning of this year, only about 43% of Nigerians were using the internet. This means more than half of Nigerians are still unconnected, creating an unwanted digital divide in the country."

“Cost and infrastructure of access rollout limitations are among the key factors for the persistence of the digital divide in the country. Of course, there are other peculiarities such as the relatively poorer access to the internet by women and people living with disabilities. Infrastructure of access rollout is conditioned by regulations and policy provisions as well as licensing conditions. To accelerate that and lower the cost of access and use and expand affordability for the many, the NCC is called upon to embrace innovative licensing frameworks that could catalyse speedy roll out with cost crushing down," he said.

“One of the innovative approaches is the inclusion of community networks as a special category of licenses, available to communities and non-profits to rollout community level networks that could provide access to internet for communities and provide sites for technical experimentation and promotion of digital literacy. This is being used successfully in many countries globally, including in Africa in such countries as Kenya, South Africa Malawi, etc.,” the CITAD executive director further stressed.

CITAD has called on the NCC “to use the occasion of the review to mainstream community networks licenses within its licensing framework. We would also like to call on the regulator to review the Framework for the deployment of TV white space (TVWS) to enable its utilization for community networks.”

In CITAD's view, community networks "should not be left out of the healthy growth of the telecommunication sector, which is necessary for bridging the digital divide and for the nurturing the digital economy in Nigeria.”