Business and online freedom of expression: Changes in power and governance

Home / News / Business and online freedom of expression: Changes in power and governance 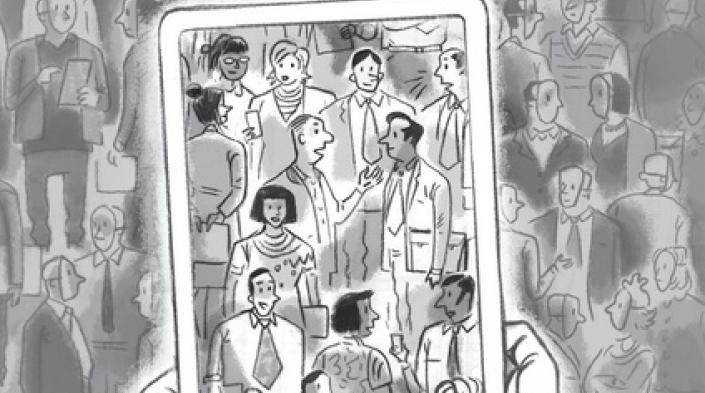 This year’s report of the UN Special Rapporteur on the promotion and protection of the right to freedom of expression and opinion confirmed growing attention to the impact of digital media on human rights: after previous work dedicated to the impact of surveillance, and to communications encryption and anonymity, the report that was issued this spring and debated at the UN Human Rights Council session in June looked at digital access providers and their role in ensuring provision of human rights. Special Rapporteur David Kaye identified novel aspects of information and communications technology (ICT), such as search engines and social media, which currently shape a great part of online social interaction and provide information and knowledge globally. This choice of topic led him to address a question that is crucial to online freedom of expression and communication, concerning the role of corporate actors in the field: to what extent, he asked, should the ICT sector be responsible for the promotion and protection of freedom of opinion and expression?

From domain name registries to internet exchange points, from cloud computing to email and messaging, contemporary expression owes much to private industry, and with increased power comes increased responsibility. While public opinion is often polarised between problems of corporate overreach on the one side and state surveillance on the other, the interplay between the two actors is often more complex. Tools for law enforcement and intelligence, for instance, currently at the centre of scrutiny because of violations of the right to privacy, are often dependent on private surveillance products and data-processing industries which design and manufacture their instruments and maintain the devices or services where personal data subject to enquiry are stored. Therefore, while states remain the primary duty bearers for protecting and promoting human rights, corporate actors have become increasingly involved in their dynamics.

One of the problems here is that normative tools are often vague and indefinite. Whereas there are consistent instruments for governments, starting with the International Covenant on Civil and Political Rights, human rights law does not directly address the activities of private actors. Their responsibility is framed by a series of principles, like the UN Guiding Principles on Business and Human Rights, or by civil society initiatives like the Manila Principles on Intermediary Liability or the Code of Good Practice on Information, Participation and Transparency in Internet Governance, which unlike the UN Guiding Principles are often sectorial and yield limited impact.

Beyond the attempts of states to regulate and the duty of enterprises to comply, most measures regarding access actually require taking the interaction between business and governments into account: some states, especially developing ones, find it hard to counter corporate power, while enterprises operating in environments adverse to freedom of expression see their commercial interests conflict with their corporate commitment to human rights. Furthermore, some products themselves can have an impact on rights, and the Special Rapporteur recommended developing and implementing transparent human rights assessment procedures concerning the impact of products being developed, in terms of design and engineering choices, the burden of which might well fall upon the private sector’s shoulders. Such examples reflect the changing balance between actors, which needs to be addressed when assessing the provision of human rights online and indicates that, all in all, states and businesses are increasingly treated in a similar fashion, at least with respect to human rights.

Concerns over the guarantee of principles of participation and representation

Throughout the report, Mr. Kaye depicts respective governmental and business activities as constituting mutual safeguards, in some sort of mechanism of check and balances. This approach indicates a shift in the conception of international governance, away from traditional multilateralism and towards multistakeholder arrangements, with increased corporate relevance. Such an approach, in line with the UN take on the governance of ICT-related matters, which includes private actors alongside governments, with varying participation of civil society, academia and the technical community, is raising concerns, despite growing credibility, over the guarantee of the principles of participation, representation, transparency and accountability. In addition to initial concerns voiced by representatives of civil society and academia, worried about imbalances of power in the transition from one governance model, which had progressively evolved to address asymmetries of power, to a new one with unbalanced capacity to finance participation and negotiation on behalf of different actors, significant criticism during the Human Rights Council session in fact came from state parties. Cuba and the Russian Federation, for instance, highlighted the value of the principle of state sovereignty and its transposition online. They called for alternative governance models, closer to multilateralism, with due provisions to ensure equal participation globally, voicing a recurrent plea of the global South. However, the most important resistance to a shift to a multistakeholder approach actually emerged from the simple fact that the role of business, one of the focal points of the report, was barely addressed by national responses during the session. These focused on governmental activity concerning freedom of expression, raising concerns on how to strike a balance with international terrorist threats, online hate speech and fake news, and barely addressed the topic of corporate action to ensure provision of human rights.

The question of recognition of private actors in the provision of human rights sheds light on one of the most important challenges of the international order, which arose with the development of information and communications technology, its privatisation and the increasing power of private enterprises online. That is, how is it possible, despite this shift in centres of power online, to strike a balance between intergovernmental decision making and a multistakeholder approach that endorses the principles of accountability, participation, inclusion, transparency and representation both offline and online, but whose balance is at risk of being skewed in favour of business?