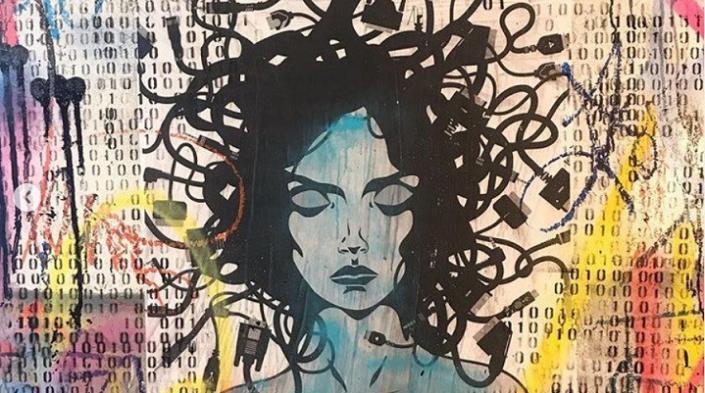 Award-winning digital imprint Deep Dives is back with a new season of essays. The recently launched new collection, called “Bodies of Evidence”, will feature writings that explore the intersection of big data, bodies, gender and sexuality. An initiative of Mumbai-based non-profit and APC member Point of View, Deep Dives specialises in long-form journalism, personal narrative, art, poetry and fiction. It was co-founded by Point of View director Bishakha Datta and Richa Kaul Padte in 2015.

The first Deep Dives collection, Sexing the Interwebs, featured in-depth stories at the intersection of sex, gender and technology. It was launched in late 2015 and supported by an APC research and campaign subgrant awarded in 2016. The collection included stories such as an exploration of India’s badass girl gamers, an exposé investigating abuse faced by women in the free/open source software (FOSS) community, and the essay “What was the first sex-question you asked Google?”.

In 2017, Deep Dives was recognised with a Laadli Media Award, which celebrates gender-sensitive journalism in South Asia. “We’re so pleased that our first project series, Sexing the Interwebs, got selected as the best digital edition,” said Datta. "We amplify the voices of women and trans* persons on a range of critical issues in the digital age, and we see this award as an encouragement to keep fighting for gender equality and women's rights both online and offline.”

Can data ever know who we really are?

The first essay in Bodies of Evidence, the new Deep Dives series, poses the question: “Can data ever know who we really are?” Author Zahra Rahman offers an eloquent exploration of identities, data and the limits of categorisation, and highlights how digitisation is not necessarily always “progress”.

“Sometimes, it’s a veneer for political systems wanting to categorise us for easier surveillance. Or an excuse that permits us to over-simplify or ignore the complexities and nuances in our lives and in our understanding of others,” she notes. “Reducing ourselves to binary identities, to pre-written answers in drop-down menus, is helpful for those in power wanting to understand how to control populations, but not for those whose identities have always been at the margins.”
Read more on the Deep Dives website, follow @deep_dives on Twitter, and stay tuned for more essays from the Bodies of Evidence series!

Point of View is a Mumbai-based non-profit that builds and amplifies women’s voices and removes barriers to voice, speech and expression. Tools are media, education, technology and art. Strategies include creating digital resources, publications and campaigns; building skills, capacities and understanding; producing information and knowledge; and advocating with civil society and policy makers.