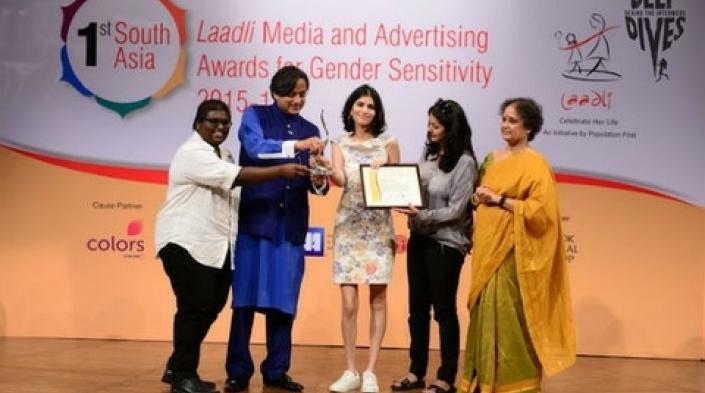 The first sex-ed query I Googled is how many holes do women have,” says Noopur, who was in her seventh standard at the time.

APC member in India Point of View is this year’s winner of the South Asian Laadli Media Award for its Deep Dives project, a digital imprint specialising in in-depth storytelling. The award, launched in 2007, celebrates gender-sensitive journalism and the promotion of a more positive image of women in society to impact gender and social development indexes.

The Sexing the Interwebs series, launched in 2015, features in-depth stories at the intersection of sex, gender and technology. Deep Dives, a Point of View initiative, seems like a good vehicle to continue raising awareness about gender rights. Using long-form narratives, they dig deep into women's perspectives, especially on sexuality. “We speak the unspeakable, and create counter-narratives to demolish digital patriarchy,” Point of View’s director Bishakha Datta highlighted.

”We’re so pleased that our first project series, Sexing the Interwebs, got selected as the best digital edition,” Datta said. "We amplify the voices of women and trans* persons on a range of critical issues in the digital age, and we see this award as an encouragement to keep fighting for gender equality and women's rights both online and offline.”

Sexing the Interwebs Season One was conceptualised and executed by editors Richa Kaul Padte, Bishakha Datta and Smita. It was one of the projects that received an APC small grant for research and campaign support in 2016 and it complements the EROTICS India project by reaching a large, diverse, mainstream audience through accessible, fun and well-written essays.

The series contributors, who Point of View publicly congratulated as “the real stars of this award”, are: