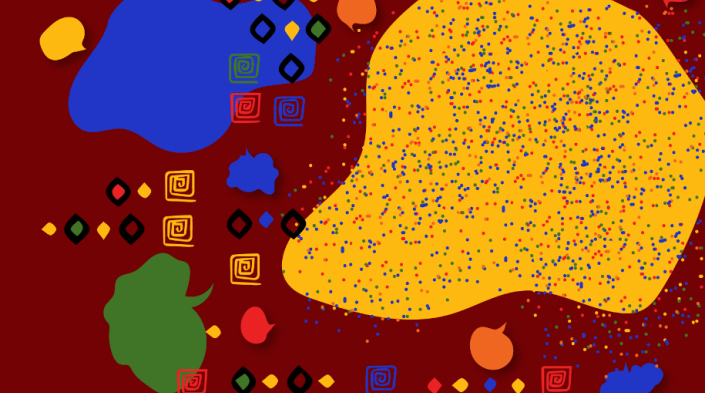 What happens when an ardent internet governance activist has to suddenly place themselves in the shoes of the private sector? Or a social tech enthusiast has to play the role of the government during a simulation? Does the shift of perspective strengthen everyone’s grasp of internet governance?

The verdict from the 2021 African School on Internet Governance (AfriSIG) has been a resounding yes. AfriSIG continues to distinguish itself with its intensive course spearheaded by regional and global internet governance experts. The school is co-convened by the Association for Progressive Communications (APC), Research ICT Africa (RIA) and the African Union (AU) Commission. Thirty-seven fellows from diverse sectors, backgrounds and ages from 20 African nations participated in the school, held virtually this year from 4 to 15 October.

The school’s diversity was a major draw in itself. Albertine Shipena, an AfriSIG fellow who has nine years of experience in the Namibian telecoms sector, said she loved interacting with fellows from a wide range of backgrounds that included lawyers, engineers, consultants, researchers and activists. She described the school as “an excellent platform for both novices and specialists in the field of internet governance.”

This was the second consecutive virtual edition of AfriSIG in response to the global COVID-19 pandemic. The school’s curriculum this year covered key areas including digitalisation, the internet governance ecosystem, internet architecture, standards and protocols, cybersecurity, trust and safety, content regulation, data governance, internet governance, and social issues such as gender, human rights, political participation and access to information.

Fatou Sarr, a Senegalese activist in the field of education and internet governance, enthused that AfriSIG is special among all the governance schools she has attended. “I have participated in many internet governance schools, but this has been one of the most interesting throughout, from the organisation of activities, the practicum and much more, to the assistance of the faculty and practicum group members,” said Sarr.

A pre-AfriSIG assignment allowed fellows to identify institutions and legislation in their respective countries that deal with internet-related policy, governance or regulation. They were then taken through the overview and history of the current internet governance ecosystem globally and in Africa. Apart from the popular practicum, teaching techniques ranged from presentations followed by plenary sessions to open discussions and debates. Shipena said that both fellows and faculty were able to share their views openly without the former feeling judged. “What I loved about this,” she commented, “is that the faculty took each question and gave it equal weight and they were all answered without making one feel like they have asked a stupid question or a question that everyone is expected to know.”

AfriSIG fellows also expressed enthusiasm for their experiences during the practicum, which they described variously as valuable, knowledge enhancing and eye opening. Here is how the practicum worked: during the sessions, fellows took up the role of a stakeholder wildly different from their real-life ones.

This exercise is meant to narrow the distance between government, private sector and civil society within the internet governance discourse. And the fellows agreed that it did achieve this difficult goal.

Anriette Esterhuysen, who is the senior advisor on global and regional internet governance for APC, said the practicums build a base for better understanding and cooperation between people who might normally not collaborate or have enough understanding of one another. Esterhuysen is the curriculum and faculty coordinator and facilitator for AfriSIG and also the current chairperson of the Multistakeholder Advisory Group of the United Nations Internet Governance Forum (IGF).

Providence Baraka, a young civic and social tech enthusiast from the Democratic Republic of Congo (DRC), is used to seeing internet governance primarily from a civil society perspective. During the practicum he was assigned a role in government – the director of the Information Society Division of the AU Commission – which he felt made him experience the multistakeholder decision-making process in a realistic simulation that focused especially on internet governance and digital inequality related to COVID-19. “I’m used to identifying myself as a stakeholder from civil society, but thanks to AfriSIG I had to have a point of view as a stakeholder from the government and an IGO [intergovernmental organisation],” said Baraka. He added that he learned the importance of addressing internet governance issues from a multistakeholder rather than just an anti-government approach.

One fellow also gave the anonymous feedback that “the most valuable learning experience from the school was getting involved in the practicum. It offered me an insight into policy making to cover diverse needs and demands from different stakeholders. I must admit I got a bit empathetic with our policy makers.”

These exercises often made the fellows stretch their imaginative and creative muscles. Shipena said that the practicum was the most intimidating experience during the school and “it forced me to delve deeper and think like a capacity development coordinator for the IGF Youth Caucus Africa.”

Many fellows were concerned with the deepening digital divide in the pandemic. Sarr said, “There is a wide internet connectivity gap between individuals, organisations and businesses, and likewise non-consumers, territories, illiterates and people living in remote cities are under-equipped with means of communication and excluded from the network. Sometimes they lack vital resources such as water and electricity.”

Gillwald of RIA concurred that there is no digital equality, as many African people are not even on the internet. “Digital equality is also about how people are connected. If you are sitting with a bandwidth that costs you 10% of your income and you only go on to do a little bit of WhatsApp each day, or to apply for a job, and then you come off and then you come on to speak to a family member… that’s not the same as being connected to a high speed broadband connection that you are running a business from.”

She added that the digital divide has been further exacerbated by pandemic-induced lockdowns, where the internet became the main platform for business, academics and communication. This, Gillwald said, has had compounding effects of digital inequality on existing inequalities where “people who are richer and more educated are more connected, and countries which are richer and with more educated people are more connected.”

Sarr hopes to address such internet inequalities through infrastructure development. She cited the concept of community network projects, which was extensively covered at the school. During the session “Meaningful and Universal Access to the Internet”, faculty member Carlos Rey-Moreno said that cooperatives and community-owned models can create sustainable access to the internet and that there are 22 community networks in 15 African countries, including BOSCO in Uganda, Pamoja Net on Idjwi Island in the DRC, and Zenzeleni Community Networks in rural South Africa.

There was a lot of concern among the fellows about how African governments are relating to the internet. Many felt that there is still a great need to contextualise African internet policy at the national and regional levels in order to make it more enabling.

“I think the fellows were also very interested and concerned with issues of cybersecurity and how we address cybercrime,” said APC’s Anriette Esterhuysen. “There is still a bit of a tendency of looking at the internet as having to be controlled rather than looking at policy in regulation designed to enable safe, secure and productive use of the internet,” she explained.

The fellows also shared their areas of interests to pursue after the school ended. Baraka said he is anticipating participation at either the global IGF in Poland or the African IGF. Some fellows are also planning to organise the first schools of internet governance in their own countries.

Some of the fellows are already looking at post-AfriSIG opportunities to keep alive the connections they made at the school and continue their learning journey. “Apart from the rich experience I gained through the practicum, attending the ninth edition of AfriSIG gave me a lot of skills and information about how to get many other volunteering opportunities related to internet resources management regionally or globally, like at ICANN, IETF and AFRINIC,” said Baraka.

As one fellow said, AfriSIG’s gathering of the vastly knowledgeable fellows and faculty members drawn from different fields of expertise reminded them that Africa is not behind in internet governance, as is the stereotype, and that we just have to apply that knowledge more to address the continent's challenges.