Advocating for human rights online and offline in 2021

Home / News / Advocating for human rights online and offline in 2021 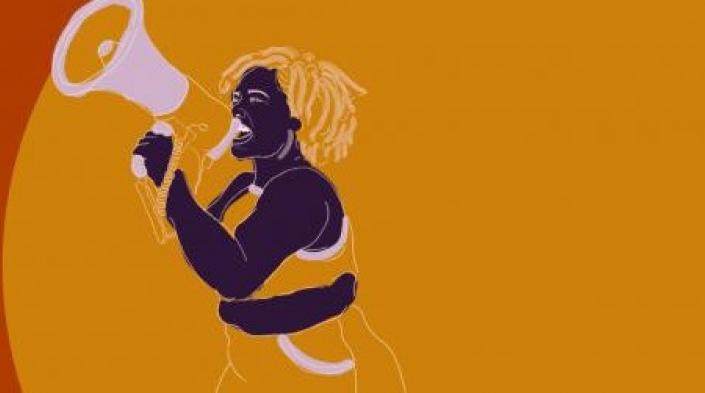 In 2021, we worked to create the conditions for people, especially those facing discrimination and oppression, to have greater power and autonomy through digital technologies to exercise their full range of human rights online and offline.

APC co-organised a series of regional and global meetings to collect inputs to the Human Rights Council resolution on the internet and human rights. APC led the activities in Latin America, where we invited regional members Derechos Digitales, Intervozes and TEDIC to co-organise a survey and a workshop with us to share information on previous resolutions and collect regional priorities. Participants in the global workshop included diplomats and mission representatives. The final text approved was positive and did respond to some of the recommendations channelled through this process.

As part of APC’s ongoing interventions to support women human rights defenders, we organised three sessions at the 2021 Stockholm Internet Forum in which we intentionally involved our networks so that they were able to bring first-hand accounts of their experiences online and demands for more safe and secure online spaces for their activism.

After the launch of the report, APC co-organised with the Special Rapporteur a side event to the UN General Assembly in November 2022, attended by more than 150 people and with the presence of UN Women, UNESCO, CEDAW, several high level diplomats and government representatives, as well as leading women's rights and digital rights civil society organisations.

Raised the importance of adopting a human rights and gender approach to cybersecurity discussions, trends and policies globally

After two years of negotiations, the Open-ended Working Group (OEWG) on developments in the field of information and telecommunications in the context of international security has adopted its final report.

The OEWG, established by the UN General Assembly's First Committee in late 2018, explored the issue of responsible behaviour of states in cyberspace by discussing existing and potential cyber threats and how to address them; cyber norms, rules and principles; confidence-building measures; how international law applies to cyberspace; capacity building on cybersecurity; and the possibility of establishing regular institutional dialogue to address these issues.

APC has followed the OEWG process since its inception, and from the First Substantive Session we expressed how critical it is to adopt a human rights and gender approach to cybersecurity discussions. The final report did refer to some of these concerns and its recommendations may end up having a significant influence on trends and policies in cybersecurity globally, with implications for human rights.

Artificial intelligence (AI) technologies are increasingly used in both the public and private spheres, which can have irreparable consequences if they are implemented without fundamental human rights considerations. Within the framework of the project "Artificial Intelligence and Inclusion in Latin America", Derechos Digitales has worked on case studies, reports, trainings and awareness-raising campaigns, identifying spaces for improvement and good practices.

In that context, Derechos Digitales presented the document “A Latin American perspective on the use of AI systems by the State”, their contribution on the right to privacy in the digital age to the United Nations. The recommendations made were echoed in the report "The right to privacy in the digital age" published in September 2021 by the UN High Commissioner for Human Rights. There, the High Commissioner discusses how automated decision-making and machine-learning technologies impact the right to privacy and other associated rights. It also criticises the use of AI in remote biometric recognition, a practice that puts at risk the exercise of rights such as freedom of expression, association, movement and peaceful assembly.

The Korean Progressive Network Jinbonet carried out the "Creating a Working Environment Without Digital Surveillance" project in 2021. They formed a task force for this project, including two national trade unions, the Korean Confederation of Trade Unions and the Federation of Korean Trade Unions, as well as experts from digital rights and workers’ rights groups. The task force conducted a survey on the status of digital labour monitoring, and published a research report and a guide to respond to labour monitoring. In addition, the main contents of the guide were distributed through brochures and websites, and made into a video that was released on YouTube.

On the policy side, Jinbonet drafted an alternative legislation and proposed it to the National Assembly through Kang Eun-mi, a National Assembly member from the Justice Party. These activities influenced the direction of the Personal Information Protection Commission, which announced that it would actively respond to labour monitoring issues in its 2022 business plan.

JCA-NET took action against biometric technology during the Tokyo Olympics

Japan’s choice to host the Olympics in the midst of the COVID-19 pandemic caused many problems. Local residents and homeless people were forcibly excluded under the pretext of building stadiums. National competitions became a means to provoke exaggerated nationalism and commercial events that failed to take sexual diversity into account. JCA-NET joined forces with many social movements to protest against the use of the Tokyo Olympics as a demonstration event for the introduction of biometric technology, especially on a large urban scale.

Together with a number of social movement organisations, JCA-NET launched a joint statement opposing the introduction of biometric technology. JCA-NET also supported the dissemination of information about the anti-Olympic movement on the internet, boycotting YouTube since Google was a sponsor of the Olympics, while supporting live streaming through open source platforms such as Jitsi-meet and OBS.

TEDIC and the Personal Data Coalition (a collective of representatives of civil society, government and the private sector of which TEDIC is a founding member) presented a draft bill for the comprehensive protection of personal data in Paraguay. This was a huge milestone, since the draft bill was co-produced among members of civil society, the private sector and government officials.

The collaboration to produce the draft bill entailed face-to-face meetings as well as online work, which enabled the reception of more than 80 comments on the draft bill before it was officially submitted to the Chamber of Deputies. The ambitious bill includes regulations strongly inspired in European legislation, with interesting articles on algorithms, biometrics, metadata, and automation of processes and systems, among others.

TEDIC considers that the definition and regulation of those issues are key in providing legal certainty on operations and striking a balance between the protection of data subjects and the benefits offered by information and communication technologies.

Rudi International confirmed the positive impact of HakiConf, an annual conference on digital rights in DRC

In 2018, Rudi International hosted the inaugural edition of the Haki Conference (HakiConf), which is the only and largest conference on human rights in the digital age in the Democratic Republic of Congo (DRC). This conference was renewed with subsequent editions in 2019 and 2021, attracting an average of 400 participants every time, bringing together different stakeholders for meaningful conversations around digital rights in the DRC and the region.

After three editions of the conference, and with support from an APC research and campaign subgrant, Rudi International carried out an evaluation of the relevance, effectiveness and sustainability of the HakiConf since its inception, in order to inform its future.

The evaluation allowed Rudi International to verify the link between human rights and digital technology as intended and promoted by the Haki conferences, and the satisfaction expressed by the participants on their understanding of this link.

The results obtained showed that more than half of the respondents appreciate Rudi International’s initiative in organising the Haki conferences, with many elements cited as success factors, such as the possibilities for networking, the commitment and active participation of attendees, the sharing of quality information, the integration of regional aspects in the debates, and the pedagogical character of the conferences, among others. As another highlight, 80% of respondents wanted Rudi International to organise other conferences within the framework of the Haki conference.