Seeding change: 7amleh on mapping the digital occupation of Palestine

How are APC members improving their communities' lives? In this column we're highlighting stories of impact and change by our members, supported by APC subgranting. Today, let's see how Palestinian organisation 7amleh - The Arab Center for the Advancement of Social Media advocates for Palestinian digital rights.

7amleh, the first Palestinian digital rights organisation, which started as volunteer-driven in 2013 and grew to eight staffers in six years, has done critical work on highlighting what it calls the “digital occupation” of Palestine. Their latest initiative was the fifth annual 2021 Palestine Digital Activism Forum (PDAF), which hosted over 1,600 participants in an online conference and reached over 400,000 views from across 70 countries. The PDAF a clear message: "It's time to stop violations of Palestinian digital rights and ensure we have access to safe, fair and free space online."

Holding companies accountable for violating Palestinian human rights online  has been one of 7amleh's main goals. Through APCs' subgranting programme, 7amleh launched Map Palestine, an initiative to pressure Google to abide by international law and to recognise the internationally recognised borders for Palestine, which is not listed as a country on Google Maps.

"Our research showed that Palestine and Palestinian cities and villages are not on Google Maps," 7amleh said. “With our research and campaign we want to end Google’s support for unlawful Israeli settlements and challenge Google’s pro-Israeli bias on its maps.” 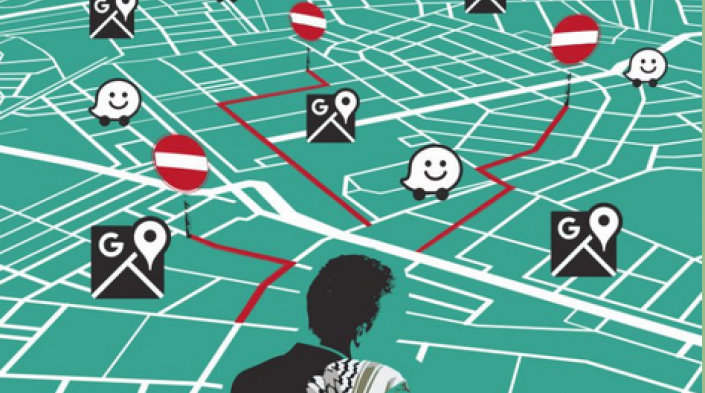 Through the research and campaign grant support, 7amleh also took on Facebook’s discriminatory policy towards Palestinians. By holding a powerful social media campaign, it raised public awareness on Facebook’s biased content moderation of Palestinians and exerted pressure on its senior policy representatives to become more responsive and transparent about censorship in Palestine through civil society mobilisation. In 2021, Facebook increased their transparency and participated publicly in the PDAF.

"Through the wide reach of this campaign, together with the discussions started on social media platforms, we hoped to create pressure on Facebook’s management to address issues of discrimination,” 7amleh said. Following the campaign, a joint letter from 88 human rights organisations was submitted to Facebook to make it accountable for its actions.

7amleh has also done extensive work at the Human Rights Council in cooperation with APC, "to ensure that local and international governments and social media companies’ policies are in line with human rights law." Recent years have witnessed a sharp rise in shrinking space for freedom of expression due to government regulations, proposed legislation, and increased content moderation and cooperation with governments by social media companies. "Online platforms, particularly social media platforms, have become a new arena of political confrontation for the [Palestinian] conflict as well as a place to discuss internal issues within the Palestinian community,” they added.

When asked about the most pressing challenges ahead, 7amleh highlighted that it is crucial that the UN conventions and human rights law are upheld in Palestine. They also highlighted the importance of strong, evidence-based research.

“In the case of Palestine, there has been very little research on digital rights", they stressed. "Our early research has contributed to a change and has inspired others. There is new research being undertaken by several organisations, academics and students. It has also created an evidence base for our advocacy and campaigning work and enabled us to contribute to international research and advocacy efforts."

7amleh is also currently running its first crowdfunding campaign to support their work. “We have appreciated so much the support we have received to grow 7amleh, the first Palestinian digital rights organization, but now we need people to show their financial support of our work. Even if its just a small amount, people’s participation in our campaign could make a big difference”, they stressed.