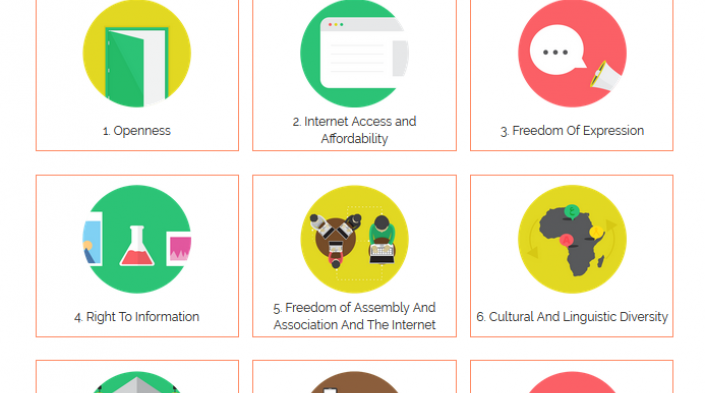 The Association for Progressive Communications (APC) welcomes the Resolution on the Right to Freedom of Expression on the Internet in Africa – ACHPR/Res. 362(LIX) 2016 – adopted by the African Commission on Human and Peoples’ Rights (ACHPR) in Banjul on 4 November 2016. The resolution reaffirms the fundamental right to freedom of information and expression enshrined under Article 9 of the African Charter on Human and Peoples’ Rights and in other international human rights instruments, and recognises the role of the internet in advancing human and people’s rights in Africa. It comes at a crucial moment, with the region witnessing regular internet shutdowns which impact directly on freedom of expression, in countries such as Gabon and Ethiopia.

The resolution references the United Nations Human Rights Council (HRC) resolution of 2012 which recognises “the global and open nature of the Internet as a driving force in accelerating progress towards development in its various forms.” It also affirms that “the same rights that people have offline must also be protected online,” as established in the same HRC resolution. The ACHPR resolution additionally references the 2011 joint statement by the Special Rapporteurs on Freedom of Expression and Opinion attached to the United Nations, the Inter-American Commission on Human Rights (IACHR) of the Organization of American States (OAS), the Organization for Security and Co-operation in Europe (OSCE) and the ACHPR concerning the internet, which establishes guidelines for states to protect freedom of expression online.

The ACHPR resolution takes note of the value of the African Declaration on Internet Rights and Freedoms as a document that “elaborates on the principles which are necessary to uphold human and people’s rights on the Internet, and to cultivate an Internet environment that can best meet Africa’s social and economic development needs and goals.”

“This recognition that the internet enables freedom of expression around the continent by one of Africa’s most important public institutions is incredibly encouraging. Millions of Africans use it every day to speak out, share information, and demand delivery and accountability from government – in spite of cost and access barriers,” said Anriette Esterhuysen, APC executive director.

“We are especially pleased that the resolution recognises the value of the African Declaration of Internet Rights and Freedoms, she added. “The Declaration was developed over a two-year period by African media groups, human rights defenders, and internet organisations whose work is directly affected by shutdowns, or other restrictions to online freedom of expression. Seeing it recognised at this level is a tribute to the hard work of the African Declaration coalition.”

This resolution is timely in the context of increased surveillance and violation of the right to freedom of expression in the region. It specifically mentions “the emerging practice of State Parties of interrupting or limiting access to telecommunication services such as the Internet, social media and messaging services, increasingly during elections”.

Through this resolution, the Commission calls on state parties to respect and take legislative and other measures to guarantee, respect and protect citizens’ right to freedom of information and expression through access to internet. It also encourages the Special Rapporteur on Freedom of Expression and Access to Information in Africa to take note of developments in the internet age when revising the Declaration of Principles on Freedom of Expression in Africa, and urges state parties, civil society and other stakeholders to collaborate with the Special Rapporteur on this revision.

APC urges states and all other stakeholders to discuss this resolution and reflect on how they may be guided by it, and by the 13 principles contained in the African Declaration on Internet Rights and Freedoms, to ensure the full promotion, protection and respect of the right to freedom of information and expression offline and online in Africa. APC will continue to work with various stakeholders in Africa to promote internet rights in the continent.