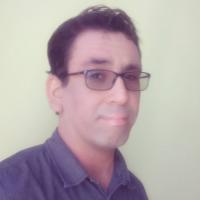 Thiago is a software engineer, researcher and digital activist, active in several communities and projects involving community networks and free/libre software since 2003. He worked in the following activities: as a CNPq researcher for the Polytechnic School of USP in projects on intelligent cities and urban mobility; as a former national coordinator and for eight years coordinator of the São Paulo edition of the Latin American Festival of Free Software Installation (FLISOL); as a member of the Free Software Association (ASL) where he coordinated International Forum of Free Software (FISL) Communities; as a volunteer in NGOs such as Actantes, a collective that works for free and secure communication on the internet, and the Network Rights Coalition, collective of social organisations that acts as an observatory and core of mobilisation for internet-related guidelines in Brazil, acting under the pillars of right to access, freedom of expression and privacy; and as a former member and co-founder of the Coolab Cooperative Laboratory for Community Networks. Thiago has also provided services to other NGOs working on community networks, such as the Nupef Institute and ARTICLE 19 Brazil, and educational institutions such as the Federal Fluminense Institute, in which a GNU/Linux distribution was developed focusing on local services for community networks, called Digital Communities.