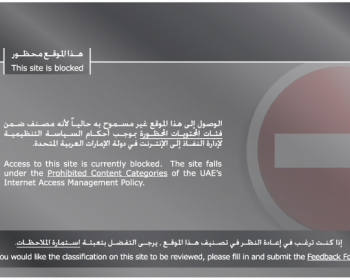 On the eve of the IGF in Istanbul, 1 September 2014, APC, Tactical Tech and Web Foundation host a dynamic, peer-learning event on censorship and circumvention, problems and solutions for internet rights.

The OpenNet Initiative released its 2011 Year in Review, a collection of the year’s top instances of filtering, surveillance, and information warfare around the globe. The spotlight was on the SOPA and PIPA bills in the US and on Asian and Middle Eastern countries and regimes as well as European and American companies for their role in internet censorship.

Turkey abandons plans to install mandatory filtering software after months of widespread protest. The reversal of this controversial policy shows the power of determined advocacy.

Pakistani authorities have blocked Rolling Stone magazine’s website for criticising the country’s level of military spending. But other banned sites are back online, APC has been informed.