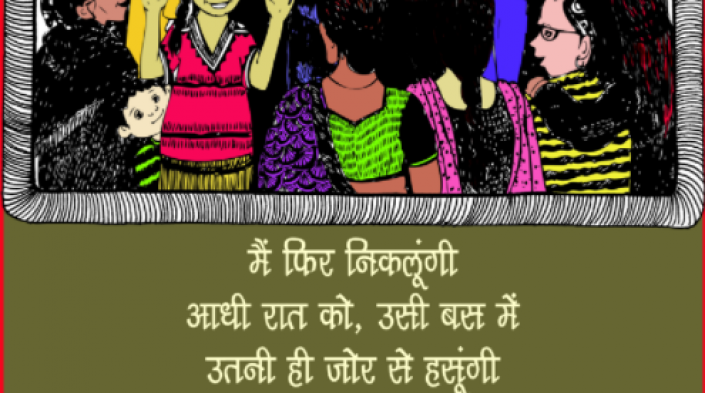 As the Women Human Rights Defenders International Coalition (WHRDIC), we are expressing our outrage at the vicious attacks directed against Bondita Acharya, a well-known women’s rights defender from Jorhat, Assam, in northeast India. Bondita Acharya is an activist and a member of Women in Governance (WinG) Assam. She is also the northeast regional coordinator of Human Rights Defenders Alert (HRDA) and a member of the network Women Against Sexual Violence and State Repression (WSS).

Ms Acharya received death threats, as well as being threatened with acid attack, rape and gang rape, after condemning the arrest of three people for the possession of beef on 4 April 2017. The attacks on her include trolling on her Facebook account and other social media with sexually laden, criminal and defamatory posts. She has bravely stood up for persecuted Muslim refugees from Bangladesh living in Assam, and publicly opposed their targeting for obtaining beef – possession and consumption of which is not illegal in Assam.

The persons making these threats appear to be associated with Hindutva (Hindu nationalist) organisations. Bajrang Dal, the youth wing of the right-wing Hindu nationalist group Vishva Hindu Parishad, has issued a press release demanding a public apology from her. Ms Acharya has filed a complaint with the Criminal Investigation Department in Guwahati, Assam.

As feminists who are active users of the internet for our personal use and activism, we draw your attention to one of the Feminist Principles of the Internet which states: “The attacks, threats, intimidation and policing experienced by women and queers are real, harmful and alarming, and are part of the broader issue of gender-based violence. It is our collective responsibility to address and end this.”

If the online violence faced by Bondita Acharya is not addressed, it will have harmful consequences for other women in the area by setting a precedent for trolls. Gender-based digital violence must be collectively condemned and appropriate action should be immediately taken. Experiences indicate a strong correlation between online violence and physical violence. In particular, there are documented cases where trolling has resulted in physical threat.

The WHRDIC urges the Superintendent of Police where Bondita Acharya laid a complaint, ensure that perpetrators are brought to justice swiftly. We stand in solidarity with Bondita Acharya and all women human rights defenders targeted by digital violence as a direct consequence of their gender and activism.