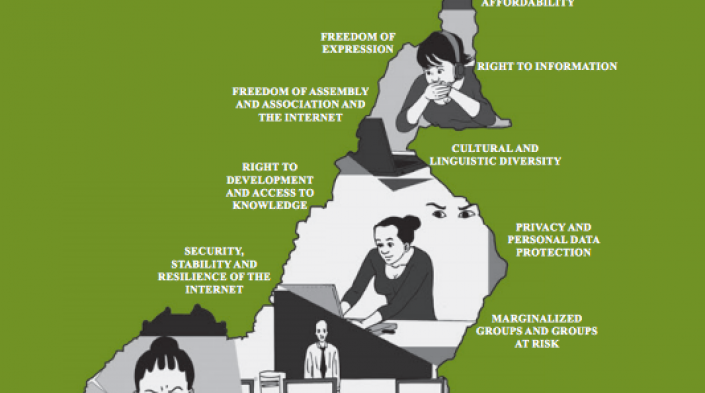 The government of Cameroon, a country of 22 million inhabitants located in the central part of Africa, puts special emphasis on information and communication technologies (ICTs) and the internet specifically to address the country’s major issues such as youth unemployment, poor education service quality, low business competitiveness and the country’s low touristic attractiveness.

To this effect, quite a number of initiatives have been put in place by the government: the deployment of hundreds of Multipurpose Community Telecentres in rural areas to improve the access of the rural population to the internet service and to shared knowledge, and the launching of an important programme to promote the digital economy aimed at reducing youth unemployment, among others.

However, considering the risks generated by the use of the internet (as witnessed during the so-called Arab Spring) and the blocking by the Cameroonian government of the internet in some crisis situations, the question could be raised as to whether the latter is willing to allow the internet to fully express its enormous potential for Cameroon's development.

In a bid to bring an answer to that question, in this report, PROTEGE QV analyses the nation’s situation with respect to the 13 key principles of the African Declaration on Internet Rights and Freedoms, adopted by the African Commission on Human and Peoples' Rights (ACHPR) in Banjul on 4 November 2016 through resolution 362 on the Right to Freedom of Information and Expression on the Internet.

This report was produced through an APC research and campaign subgrant, made possible with the support of the Swedish International Development Cooperation Agency (Sida).