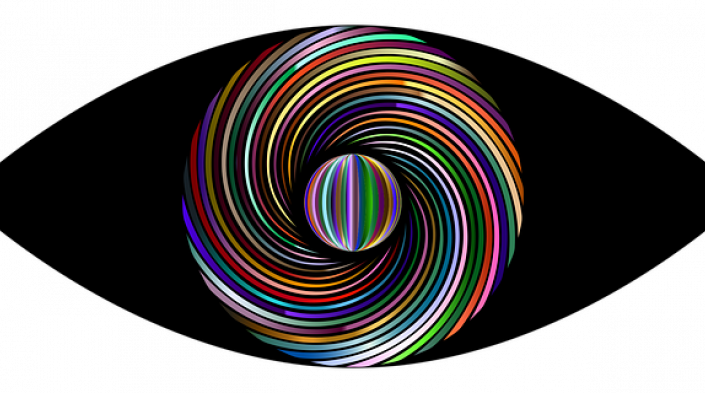 To members of the United Nations Human Rights Council

Re:  Request for Members of the UN Human Rights Council to urgently denounce and mandate independent investigations into the situation of human rights violations facilitated by the sale, export, transfer, and use of surveillance technology

We, the undersigned civil  society organizations and independent experts, call on Member States of the UN Human Rights Council (HRC) to take urgent action at the ongoing 48th regular session of the HRC to denounce the unfolding and unprecedented scale of human rights violations by States facilitated by the use of the NSO Group’s Pegasus spyware and provide immediate, robust support for impartial and transparent inquiries into the abuses.

We are deeply alarmed by the Pegasus Project revelations, a major investigation conducted by Forbidden Stories, and a consortium of 16 media organizations, alongside Amnesty International who was a technical partner in the investigations.  The investigation was based on a leak of 50,000 phone numbers of potential targets of NSO Group surveillance technology, a list which includes journalists, activists, human rights defenders, lawyers, world leaders, and civil society actors. So far, at least 180 journalists in 20 countries were identified as potential targets of Pegasus spyware between 2016 to June 2021.

Adding to the revelations, further cases of targeted surveillance continue to unfold. The most recent victim targeted by Pegasus spyware is the Budapest-based photojournalist Dániel Németh. According to an investigation by media organization Direkt36 and forensic analysis by Citizen Lab, independently validated by  Amnesty International, two of Németh’s phones were hacked by a government client of the NSO in early July 2021. Németh is not the only Hungarian journalist to be hacked using Pegasus, Amnesty International's forensic checks confirmed that two of Direkt36 investigative journalists, András Szabó and Szabolcs Panyi, and another investigative reporter, Brigitta Csikász, were also hacked in 2019.

The National Cybersecurity Agency of France (ANSSI) confirmed that digital traces of the Pegasus spyware have been found on the phones of three French journalists: an investigative journalist at Mediapart Lénaïg Bredoux, the website’s director Edwy Plenel, and a senior member of staff at France 24. Previously, the phone numbers of France’ President, Emmanuel Macron, former Prime Minister Édouard Philippe, and 14 serving ministers appeared in the leaked data of the Pegasus Project.

Further shocking evidence unearthed by the Pegasus Project shows that friends and family members of the slain and dismembered Saudi journalist, Jamal Khashoggi, were also targeted with Pegasus spyware before and after his murder despite the NSO Group’s continuous denial of involvement. According to Amnesty International's forensic analysis, the iPhone of Khashoggi’s Turkish fiancée, Hatice Cengiz, was targeted and successfully infected four days after Khashoggi's murder, and multiple times in the subsequent days. Forensics checks also confirmed that his wife Hanan Elatr was targeted with the spyware, as was his friend, and former director-general of Al Jazeera, Wadah Khanfar whose phone was hacked. Other potential targets include his son Abdullah Khashoggi, and the British human rights lawyer Rodney Dixon who represented Cengiz in filing legal action against the murder of Khashoggi.

Media reports noted that at least 35 journalists were selected for potential targeting with  Pegasus by the Moroccan authorities, three of whom were prosecuted under questionable circumstances, subjected to state-sanctioned campaigns of intimidation and harassment, and imprisoned. Taoufik Bouachrine, editor of Akhbar El-Youm newspaper, was sentenced to 15 years in prison on charges of human trafficking, sexual assault, rape, and prostitution. His colleague Soulaimane Raissouni was also arrested on sexual assault charges in May 2020, and was sentenced to five years in prison on July 9, 2021. Journalist and human rights activist Omar Radi was also sentenced on July 19, 2021 to six years in prison on dubious charges of espionage and rape. In June 2020, Amnesty International revealed that Radi was targeted using NSO spyware just three days after NSO Group released its human rights policy.

This is not the first time the NSO’s Pegasus spyware has been linked to human rights abuses. In 2016, Citizen Lab investigated one of the early uses of Pegasus by the United Arab Emirates (UAE) to spy on prominent Emirati human rights defender Ahmed Mansoor, who is serving 10 years in prison in solitary confinement and under inhumane conditions. The failure of States to protect people’s rights and uphold their obligations has fostered a culture of total impunity and allowed private digital surveillance companies as perpetrators of human rights violations to flourish with no transparency or accountability.

Members of the UN Human Rights Council cannot allow for this staggering widespread surveillance to continue unchallenged and unchecked. As a group of UN Special Procedures recently warned: “It is highly dangerous and irresponsible to allow the surveillance technology and trade sector to operate as a human rights-free zone.” Despite the mounting evidence of the spyware’s links to human rights abuses, the NSO Group continues to repeat its false claim that its spyware is only used for legitimate purposes like investigating crime and terror. The secretive surveillance industry must be held to account.

In light of these grave concerns, we urge members of the UN Human Rights Council to specifically denounce these abuses and mandate comprehensive measures to investigate and prevent further violations linked to the sale, export, and use of Pegasus spyware and cases of targeted surveillance.

Council Members should offer adequate financial and technical support to the UN Special Procedures, the Office of the High Commissioner for Human Rights, and any other bodies relevant and able to execute the necessary inquiries. Member States must cooperate, enabling investigators to have adequate access to any persons, evidence, and materials requested, and ensure that they are able to travel and operate safely and without fear of reprisal or obstruction. The findings of these inquiries should be reported to the UN Human Rights Council and the UN General Assembly, and provide recommendations on the relevant global human rights standards and regulatory frameworks that govern the development, sale, and transfer of surveillance technology, as well as any gaps in the existing mechanisms or their implementation at the local, national, and international levels, in order to prevent and mitigate the threats of surveillance technologies.

Until and unless such recommendations are developed and adopted, we reiterate the previous call made by UN human rights experts and civil society groups on governments to immediately implement a global moratorium on the sale, export, transfer, and use of private surveillance technology until States have adopted robust legal safeguards to protect individuals from unlawful surveillance, invasion of their privacy, and threats to their freedom of expression, assembly, and association.

Bahrain Institute for Rights and Democracy

Freedom of the Press Foundation

Metamorphosis, Foundation for Internet and Society