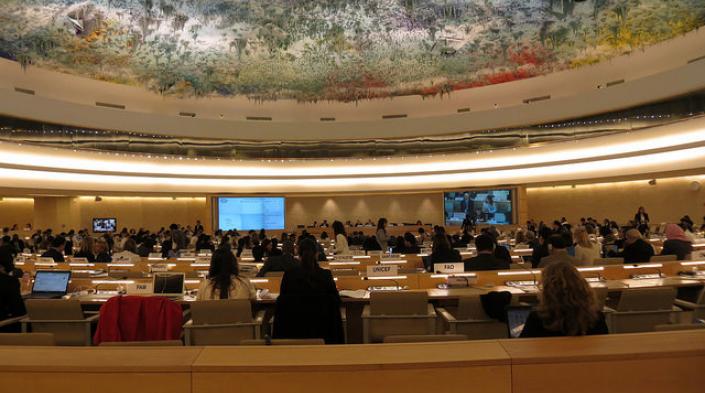 The Association for Progressive Communications (APC), IFEX, Access Now, ARTICLE 19, Front Line Defenders, Privacy International and 60 organisations from around the globe express our grave concern about the growing crackdown by states on the use of secure digital communications – encryption, virtual private networks, and similar technologies. We believe this crackdown both violates states’ human rights obligations under international law, and seriously undermines both the safety of human rights defenders and the economic and social benefits that digital technology provides.

Many governments, including Australia and the United Kingdom, have recently threatened to legislate “backdoors” to encryption, enabling them to access private communications when they believe they have a justification for doing so. Backdoors expose all communications running through them to potential compromise by malevolent actors, including criminals, stalkers and terrorists.

An equally worrying trend is states’ treating the use of secure communications as a crime, or as evidence of “terrorist” activity. In particular, we highlight Turkey's recent arrest and continued pre-trial detention of IT consultant Ali Gharavi and non-violence trainer Peter Steudtner at a digital security and information management workshop on 5 July of this year.

Gharavi and Steudtner were arrested doing their jobs, imparting knowledge and skills that are essential to the exercise of human rights in the digital age, as they have done for many years with civil society groups around the world. Secure digital communications can often be the only safe outlet for free expression for those persecuted for their religion, ethnicity, sexual identity, personal beliefs or for promoting human rights. Turkey’s decision to criminalise this knowledge sharing as aiding “terrorism” is indefensible, and sets a dangerous precedent for the handling of this expression-enabling activity that should be part of any healthy democracy.

In March the Council urged states not to interfere with the use of secure digital communications. We request the Council to actively:

We further call on the government of Turkey to:

*Indicates the NGO is in consultative status with ECOSOC