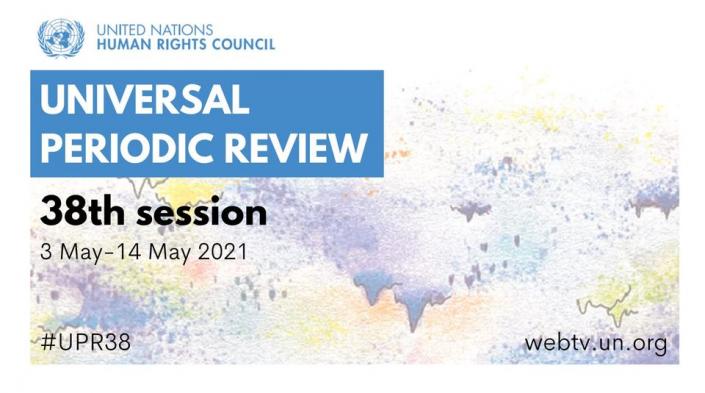 The joint report presented to the UPR Working Group by TEDIC and the Association for Progressive Communications (APC) consists of information broken down into three specific areas. A synthesis of each of them is offered here:

1. The right of women to live without violence: National and international regulations

The promulgation of Law 5777/2016 for the comprehensive protection of women against all forms of violence and the various international commitments signed and ratified by Paraguay related to the issue are highlighted.

The joint report reflects on the breadth of the definition of online violence, based on the work of organisations such as Luchadoras and APC. Reports in Latin America that indicate the need to increase the visibility of violence against women in digital spaces are also mentioned. Based on these precedents, it is pointed out that this problem has not been comprehensively addressed in legislation and public policies in Paraguay. Specifically, it is noted that article 6, paragraph I of Law 5777/16 is incomplete, since it focuses only on the non-consensual dissemination of images and their exposure by the media; leaving aside online harassment, threats, monitoring and access, discriminatory expressions, discredit, unauthorised access, impersonation/identity theft, abuse and sexual exploitation related to technologies, affecting the channels of expression and omission of actors with regulatory power. This also affects the ability to generate representative data in the Gender Observatory of the Ministry of Women to reflect the problem. It additionally hinders effective access to justice for violation of women's rights that occur in digital environments.

Special emphasis is placed on the lack of access to justice in the Belén Whittingslow case. It is pointed out that this case constitutes gender-based violence online. The report expresses concerns about how violations of women's rights that occur in digital spaces, in addition to not being fully recognised, result in a systematic denial of justice in the Judicial Power. It is mentioned that the Inter-American Court of Human Rights has taken cognisance of the matter, since the organisation TEDIC, together with CEJIL and Belen’s family, have sent an Article 41 Letter (dated 31 October 2019) for the IACHR to request information from Paraguay on the measures it is taking in the case.

The document sent by Paraguay in the framework of the examination to which the country will be subjected at the 38th session of the Universal Periodic Review Working Group has not addressed or even mentioned the concerns raised in the joint report presented by TEDIC and APC.

The document addresses in a general way the problem of violence against women, and the importance of the proclamation of Law 5777/16 and its regulatory decree. However, it does not make any reference to the indications about deficiencies in the framework of article 6, paragraph l.

Finally, the document does not make any kind of allusion to the Belén Whittingslow case or requests for information from the IACHR.

In the summary of reports sent by civil society organisations and compiled by the Office of the UN High Commissioner for Human Rights (OHCHR), a topic mentioned in the joint report sent by TEDIC-APC has been incorporated.

For more information on the noted areas of concern you can access the full report or contact hola@tedic.org