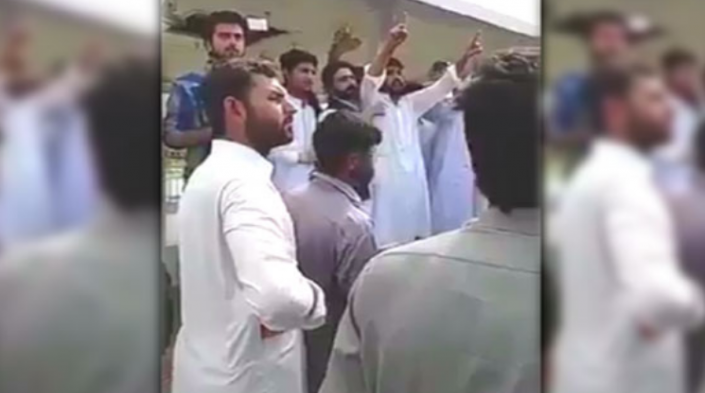 Published on 19 April 2017
Page last updated on 30 April 2018
Publisher:
Bytes for All, Pakistan, (B4A), the Asian Forum for Human Rights and Development (FORUM-ASIA) and APC

Bytes for All, Pakistan (B4A), the Association for Progressive Communications (APC) and the Asian Forum for Human Rights and Development (FORUM-ASIA) strongly condemn the gruesome killing of 23-year-old Mashal Khan by a vigilante mob at Abdul Wali Khan University in Mardan for purported blasphemy. The horrific incident is yet another case in which the state completely failed in providing protection to its citizens.

According to media reports, Mashal Khan was a prominent journalism student at the university, who was gunned down and tortured by other students in the student hostel. Video evidence shows his body was stripped naked and further lynched by the enraged mob who also wanted to burn it.

Shahzad Ahmad, country director of Bytes for All, said, “It is neither the first time when the writ of the state was challenged by vigilante action nor is it the first incident in which blasphemy accusations have been used to publicly execute an individual with impunity.” There is ample documented evidence of technology and social media being manipulated by state and non-state actors to silence expression, opinion and speech, and fatally target activists, journalists, academics and marginalised communities in the past. Incitement to violence is criminal; however, the state impunity is nurturing the killing field in Pakistan.

“The right to life and freedom of expression must be protected at any cost. The state must ensure a safe environment for free speech and lawful dissent,” said John Samuel, executive director of FORUM-ASIA.

The perpetrators used a fake Facebook account of the victim to make blasphemous statements in his name after his killing. It is also important to note that Mashal Khan had alerted from his original Facebook account that someone was running a smear campaign against him using a fake account. Additionally, the rumors and false accusations against Mashal Khan were making the rounds for several days; however, no safety and security measures were provided for him by the administration.

Since 2015, Bytes for All has been publishing regular research and policy briefs on the abuse of technology to target legitimate expression and religious freedom using blasphemy laws in Pakistan and elsewhere in the Asia region. These laws are being used by radicals and extremists to settle personal scores and advance a retrogressive agenda. At least 65 people have been murdered over blasphemy allegations since 1990 and dozens more convicted of the crime are currently on death row in Pakistani jails.

“We have noted that individual users of the internet as well as academics, human rights defenders, lawyers and lawmakers have all been targeted by vigilante groups. What is more problematic is the complete breakdown of rule of law and the prevalent environment for impunity as a result of which groups are emboldened to attack and victimise individuals. If this remains unaddressed, we are concerned that many more lives will be lost in Pakistan and that the environment for free thought and expression will be further circumscribed,” said Chat Garcia Ramilo, executive director of APC.

A recent publication, “Desecrating Expression: An Account of Freedom of Expression and Religion in Asia”, examines and analyses disturbing trends in the Asian region relating to the restriction of the freedom of religious expression. It also highlights the need to have mutual respect and acceptance to ensure co-existence of beings practising various religions.

Bytes for All, APC and FORUM-ASIA call for a fair and transparent investigation of this case to provide speedy justice that is in accordance with international law.

We urge the government of Pakistan to carry out its responsibility to promote a narrative of peace and tolerance that enables the co-existence of all faiths and communities in the country and protect democratic values such as the freedom of expression. As per its obligations under the Universal Declaration of Human rights and as a party to the International Covenant on Civil and Political Rights, the government must protect all lives and liberties at all times.