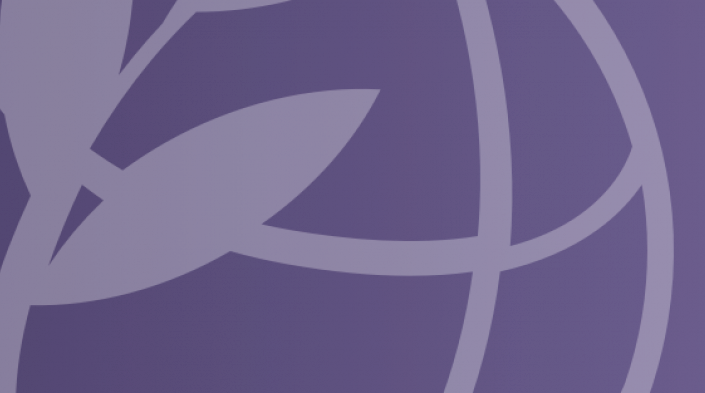 We, the undersigned organizations, are writing to apprise you of shared civil society concerns and perspectives on the reorganization of the Global Internet Forum to Counter Terrorism (‘GIFCT’) and its work moving forward. Over the past few years, many of us have discussed our concerns with the GIFCT’s founding companies about the growing role of the GIFCT in regulating content online. We have enclosed a letter that a number of civil society organisations sent to those companies in February outlining these concerns, including risks of extra-legal censorship from government participation in the Independent Advisory Committee (‘IAC’), increasing use and scope of the hash database and persistent lack of transparency around GIFCT activity. We also highlighted a number of issues with the mandate and structure of the IAC itself, including its lack of focus on the protection of human rights—a key component in countering terrorism—as well as an uneven playing field that disadvantages civil society, and lack of structural independence for NGOs.

In our February 25 letter, we made a number of detailed recommendations on how to address these concerns. We chose not to apply to participate in the IAC because these concerns have not yet been addressed, including in the April 3 private communication from the Interim Executive Director of GIFCT . This suggested to us that GIFCT may not be responsive to our concerns and that civil society participation would create the perception of input without actually addressing our substantive issues or suggestions. Genuine multi-stakeholder engagement requires sustained, honest, responsive engagement with the concerns raised by civil society.

As noted in your own terms of reference, the recently announced IAC is meant to, amongst other things, “[e]nsure that GIFCT’s work is aligned with international human rights laws,” and to promote transparency and accountability. This won’t be possible without being open and responsive to critique from human rights experts. However, GIFCT’s prior lack of responsiveness to our critiques informed our decision to not apply to join the IAC, thus leaving the IAC composed almost entirely of government officials and academics.

Despite our choice to not join the IAC, we remain committed to addressing the issues we have raised. Some of our organizations will be participating in Working Groups because it is clear to us that GIFCT is taking an increasingly large role globally that could threaten human rights and we have valuable expertise we can contribute to the focus areas of the Working Groups despite our concerns outlined above.

We write to alert you to these issues and to ask that you meet with us to discuss your plans moving forward.

We would also like to discuss your vision for GIFCT and where you see it fitting into existing content moderation and counter-terrorism work. In a troubling trend, policy makers in government and at technology companies are increasingly treating content moderation as the tool of choice for counter-terrorism work without any assessment of its impact on human rights, much less adequate safeguards for protection of those rights. Content moderation also appears to be deployed at the expense of other programmes that could address the root causes of “violent extremism” and radicalisation more effectively in the long term. GIFCT is also engaging with law enforcement and experts in challenging violent extremism and counter-terrorism without transparency or any real assessment of the potential human rights harms this could cause. Counter-terrorism programs and surveillance have violated the rights of Muslims, Arabs, and other groups around the world, and have been used by governments to silence civil society. We want to ensure that the boundaries between content moderation and counter terrorism are clear.

Now, as GIFCT member companies increasingly use machine learning algorithms to detect and remove content, mistakes are being made. There is evidence that processes intended to remove terrorist content have the counter-productive effect of removing anti-terrorism counterspeech, satire, journalistic material, and other content that would, under most democratic legal frameworks, be considered legitimate speech. In particular, documentation of human rights abuses is disappearing at an astonishing rate. This hampers journalism and humanitarian work, and jeopardizes the future ability of judicial mechanisms to provide remedy for victims and accountability for perpetrators of serious crimes such as genocide. The removal of content that is potentially valuable evidence is particularly prevalent in relation to conflicts in predominantly Muslim and Arabic-speaking countries such as Syria and Yemen—the same communities that have already seen their rights violated in the name of countering terrorism. We would like to hear your views on these issues and on how you intend to preserve valuable evidence in a manner that addresses both privacy rights and the need for accountability.

In your former capacity as a US government official, you’ve also spoken about the dangers that encryption poses to national security. We would like to hear how you now view encryption, particularly in light of its use by human rights defenders around the world who face risks to life and liberty should their communications fall into the wrong hands.

Finally, in recent years you’ve made it clear that, at least in the United States, you see right-wing violent extremism as a key threat. Recent work on content moderation, such as the Christchurch Call, has largely been spurred by violent acts committed by individuals espousing this type of ideology. The Christchurch Call was, of course, a response to the Christchurch massacre on March 15, 2019, when a white supremacist gunman murdered 51 Muslims during prayer. Yet GIFCT, which was bolstered institutionally in response to the Christchurch massacre, continues to operate in a complex global environment that lacks internationally agreed upon definitions of terrorism or extremist violence, where such right-wing violent extremism is by and large not legally recognized.

Without a common definition for either “terrorism” or “violent extremism,” the formulation and enforcement of rules against such content can only be seen as highly subjective and potentially biased. This is a greater problem than GIFCT alone can address, of course. Nonetheless, we caution against building a content moderation framework on such a foundation. Given your demonstrated understanding of the spectrum of extremist violent threats, we would welcome your thoughts on how GIFCT should approach this dilemma.

Below our signatures is the full text of our February letter. Please note that the lists of signatories for that letter and the present one are not identical, though there is overlap. We look forward to engaging with you on these critically important issues and would welcome the opportunity to discuss them in a call or virtual meeting as soon as your schedule permits.