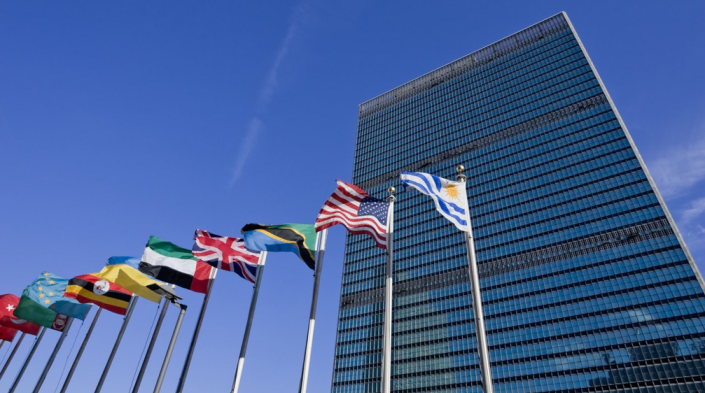 To the Co-chairs and Panel members:

The Association for Progressive Communications and the undersigned organisations welcome the establishment of the UN Secretary General's High-Level Panel on Digital Cooperation. There is a clear need for greater cooperation in the digital sphere and we hope that the panel brings a fresh approach to this challenge while also taking into account other current and previous efforts to strengthen cooperation and collaboration in this field.

Below we outline aspects of the panel which we find particularly encouraging as well as points of concern for your consideration; points which we feel can and should be addressed for the panel to achieve its potential.

The broad scope of the panel's mandate

Increasing digitalisation and all that accompanies it is changing the global environment. The United Nations can play a role to help the global community face this change and shape responses that will contribute to the advancement of social justice, sustainable development and human rights.

While it will be challenging to deal with such a broadly defined notion of the digital sphere, we encourage the panel to adopt a holistic approach that encompasses the broad range of issues that need closer collaboration and coordination. They range from development to internet governance, human rights, cyber conflict, security, peace and more. The undersigned organisations have previously expressed concern at the disconnect between the ways these issues are addressed by different key UN processes. The panel presents an opportunity to bridge this disconnect and overcome siloed approaches.

We are, however, concerned that it might not be realistic for the panel, in the space of just nine months, to produce a report that will, quoting from the terms of reference:

Raise awareness among policy makers and the general public about the transformative impact of digital technologies across society and the economy; Suggest ways to enhance digital cooperation by identifying policy, research and information gaps as well as ways to improve interdisciplinary thinking and cross-domain action on digital technologies; Present recommendations for effective and inclusive systems of digital cooperation among all relevant actors in the digital space. The recommendations in the report shall seek to maximize the potential of digital technologies to contribute inter alia to the achievement of the 2030 Agenda for Sustainable Development and to support progress across a range of themes, including digital empowerment, inclusive finance, employment, entrepreneurship, trade and cross border data flows.

Is it realistic for the panel to come up with strong recommendations, considered legitimate by those who are intended to implement them, in such a short time frame, with such a huge mandate? To address this we recommend that the panel prioritise certain issues, and draw extensively on the work of previous bodies such as the Global Commission on Internet Governance, the Working Groups on Enhanced Cooperation (2016-2018 and 2013-2014), the WSIS+10 Review, and NETmundial – including consideration of the submissions made in response to their calls for input.

We suggest that the panel, at its first meeting, clarify what it means by "digital cooperation". This will help it prioritise its work and make expectations from those who are eagerly awaiting its report more realistic.

In the post-WSIS era, when UN bodies have tried to tackle the challenge of information society-related cooperation, they have failed to reach consensus, as was the case for both the first and second iterations of the Working Group on Enhanced Cooperation. The entrenched positions of member states dating back to 2005 and rigid interpretations of UN texts such as the Tunis Agenda have tended to result in deadlock, and a backward- rather than forward-looking approach to cooperation. Some governments want more centralised institutional mechanisms, such as a new UN agency, or a global cybersecurity treaty. Others are entirely opposed to new mechanisms. There is a huge middle ground that needs to be explored. This middle ground is not an empty space; it is populated by many examples of cooperation and inclusive governance that can be learned from and built on.

For civil society, the deadlock between governments with regard to cooperation and coordination is particularly challenging. The increase in authoritarian responses from states that stifle the potential of the internet for democratisation and freedom of expression forces civil society actors to be cautious of any move that would consolidate governmental (and intergovernmental) control in the digital sphere, particularly where this would impact on fundamental human rights. But civil society organisations are also actively trying to collaborate with governments (and the public sector more broadly) to address the lack of access to information and communications infrastructure. They are also aware of the need to confront the increased power of large corporations over what we essentially believe should be a global public resource.

Here too there is a middle ground that needs to be engaged. Debates that centre on the respective roles and responsibilities of government versus the private sector usually overlook the need for greater accountability of both. We believe that the panel could bring a fresh perspective to these debates.

The composition of the panel: new voices will add value, but lack of inclusion risks slowing progress and decreasing relevance

We believe it is constructive that the composition of the panel includes experts on digital matters that are new to debates about internet governance or information society-related cooperation. It is also good that the panel is not made up only of representatives of member states, as these representatives would be constrained by the positions of the governments they represent. This is a constraint that contributed to the difficulty some UN working groups have had in reaching consensus on how to strengthen cooperation.

Our view on what appears to be the deliberate exclusion of people involved in post-WSIS internet governance debates is that it has some justification, as most of the existing processes have not come up with any groundbreaking solutions. Nevertheless, it is cause for concern because ultimately the exclusion of voices that are already immersed in shaping cooperation and coordination on digital matters might undermine the legitimacy of the panel's recommendations, and the will to follow up on them.

We are disappointed that there are not more panel members from civil society. Our impression is that the panel is weighted towards business. It is also a concern for us that several panel members are drawn from companies that are huge multinationals with vested interests in the future shape of coordination of the digital sphere.

The panel has good gender diversity, being made up of 11 women and nine men, but we are disappointed that membership is skewed towards representatives of the global North. There is no shortage of highly qualified people from countries in the global South that could have been appointed to the panel to ensure a more balanced composition.

Meaningful consultations will be critical to legitimacy and success

Presentations of the panel have promised widespread consultation. If the panel lives up to this promise, it would contribute to its legitimacy, and enrich its outputs. We look forward to an extensive consultation process that prioritises engagement with civil society in all parts of the world. It would be very useful if the panel were to publish on its website a call for contributions on specific topics it aims to consider and to hold consultations with civil society and other actors on those topics. Drafts of its report(s) should also be made available for comments before their finalisation. The panel should extend an invitation for contributions before its meetings and regional consultations. It is disappointing that this did not happen ahead of the 24-25 September meeting and that the agenda for this meeting is not public. We encourage the Secretariat to make it available as soon as possible.

We recommend that the panel make use of online platforms to facilitate participation in and increase the transparency of its work. We also encourage the panel to make portions of the its sessions open to the public, including through live streaming and remote participation.

Issues we believe the panel should prioritise

We look forward to active engagement with the panel and want to affirm our willingness to support its work.

The Association for Progressive Communications, established in 1990, has 58 organisational members and 33 individual members in 52 countries who are dedicated to using the internet and other ICTs for social justice and sustainable development.