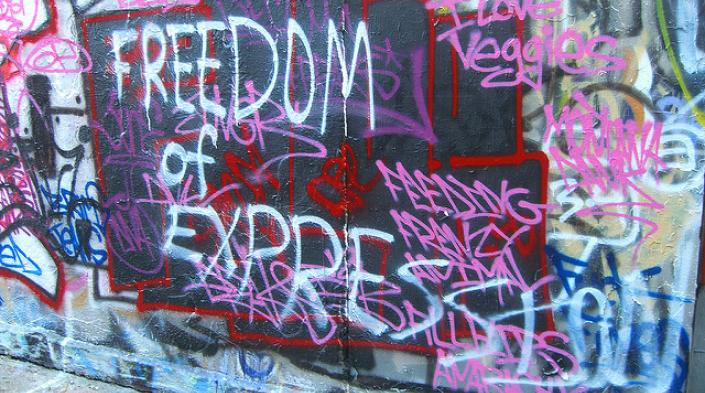 Dear Members of the Committee on Civil Liberties, Justice and Home Affairs

The undersigned organizations and individuals are dedicated to ensuring justice for human rights abuses around the world and to upholding human rights, including the right to freedom of expression. We rely on online platforms to both find and share evidence of these abuses and to counter official misinformation from repressive governments. We write to urge you to oppose the proposed “regulation on preventing the dissemination of terrorist content online.”[1]

We echo the voices that have already explained the flaws in this regulation, including a December 7 letter from three Special Rapporteurs of the United Nations which notes, “with serious concern what we believe to be insufficient consideration given to human rights protections in the context of the proposed rules governing content moderation policies.”[2] We agree that this regulation does not comply with human rights standards. It contains overbroad and unclear definitions. It also leaves essential matters such as issuance of removal orders and other roles in the content removal process unsettled. Worse, this regulation not only encourages but essentially forces companies to bypass due process and make rapid and unaccountable decisions on expression through automated means. In fact, this regulation does not reflect the realities of how violent groups recruit and share information online, and these groups will continue to engage in that behavior. Instead, the regulation is most likely to hamper the efforts of journalists and human rights defenders, who use these platforms to help document, expose and tell the stories of human rights abuses – including when committed by armed groups.

We are writing to you because we know from experience that the danger posed by this regulation is not hypothetical. Due to difficulty with getting evidence for prosecutions or other accountability processes across borders or in conflict situations, some of us rely on social media sites that would be affected by this regulation, such as Facebook and YouTube. In fact, in 2017 the International Criminal Court issued an arrest warrant in the Al-Werfalli case that was based largely on videos found on social media. Similarly, some of us archive evidence of human rights abuses committed by governments and violent groups, and some verify content through well-established processes. In order to prosecute war crimes and terrorism in Syria and elsewhere, these archives are and will be vital. Finally, some of us work directly with, or are ourselves, human rights defenders that risk their freedom, safety, and sometimes even their lives to upload videos for the purpose of exposing abuses to the world. Without this documentation, we would have little idea what is happening in Syria, Yemen, Myanmar, the favelas of Brazil, and elsewhere.

We have seen firsthand that use of machine-learning algorithms to detect “extremist content” has created hundreds of thousands of false positives and damaged this body of human rights content. One group, Syrian Archive, observed that after Google instituted a machine-learning algorithm to “more quickly identify and remove extremist and terrorism-related content” in June of 2017, hundreds of thousands of videos went missing.[3] This included not only videos created by perpetrators of human rights abuses, but also documentation of shellings by victims, and even videos of demonstrations. Instead of working to address these problems, companies have refused to provide basic transparency around moderation processes or the machine-learning algorithms they are employing. This regulation would only worsen that problem.

In addition to devastating the processes being used to create and preserve human rights content, this regulation will harm some of the most vulnerable groups in the world by inspiring dangerous copycat regulation that will be used to silence essential voices of dissent. This is not hypothetical, as Germany’s NetzDG law is already inspiring replicas in authoritarian countries, including Russia. The impact of the European Union on global norms should be a net positive, especially in the face of a rising tide of political repression, violence and fascism. This regulation hinders efforts to fight that tide.

In conclusion, we urge you to oppose this regulation. Instead of passing new regulations, we urge Parliament to reconsider existing directives, make a thorough study on what is actually needed, and start again from scratch if a need for rapid content removal is real.

*Affiliations listed for identification purposes only

[1] Proposal for a Regulation of the European Parliament and of the Council on preventing the dissemination of terrorist content online – general approach, 3 December 2018, available at http://data.consilium.europa.eu/doc/document/ST-14978-2018-COR-1/en/pdf; File for Procedure 2018/0331/COD last updated 18 December 2018 available at https://eur-lex.europa.eu/legal-content/EN/HIS/?uri=COM:2018:640:FIN