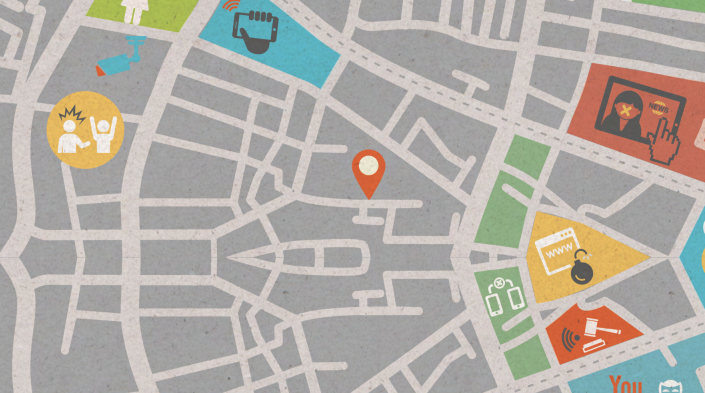 With the introduction of 3G and 4G technology in the last couple of years, access to the internet has become easier and Pakistan has seen a drastic increase in internet users over the past year. Pakistan currently stands 11th globally in terms of cellular subscribers. As of September 2017, cellular subscribers were around 140.76 million, which according to Pakistan Telecom Authority (PTA) stood at 70.25%. However, internet dispersion is still low when compared to the world and the Asian average.

Civil society and digital rights groups are concerned about the passing of the Prevention of Electronic Crimes Act (PECA), which they fear will be misused by the authorities. While Pakistan continues to block pornographic websites, several other websites have become collateral damage during the process.

Online blasphemy still remains one of the biggest issues for freedom on the internet. At least five bloggers abducted in January this year were accused of blasphemy online and four of them had to flee the country. The government is currently in negotiation with the Facebook regarding “blasphemous content” present on the platform after an Islamabad High Court Judge in his remarks desired to ban social media if the issue was not resolved. It has become increasingly dangerous to express dissent against the military and judiciary because of an organised crackdown by the Federal Investigation Agency (FIA) on the directives of former Interior Minister Chaudhry Nisar Ali Khan who in a presser warned of taking strict action against those who were maligning military and judiciary on social media.

Service providers are now immune from violations committed by their users, but they are also now required by law to retain traffic data for at least one- year and must cooperate with law-enforcement officials – from Federal Investigation Agency (FIA) as well as Inter-Services Intelligence (ISI) – to carry out court-warranted access to data and surveillance. This raises concerns about censorship and silencing of dissenting opinions with legal and social vigilantism.

The fears are worsened by the country’s first death sentence for online blasphemy, a propaganda campaign calling for the hanging of four liberal internet activists during their “disappearance”, and an advertisement campaign by the government asking citizens to report blasphemy on social media about the same time as the lynching of a university student over false blasphemy allegations. Media cells operated by rival political parties engage in highly charged online debates, but their criticism of the military led to a controversial crackdown by the FIA. Concerns related to the new internet laws led to a UN Human Rights Council’s probe on internet rights in Pakistan. Prone to international espionage and malware attacks – such as the Wanna Cry ransomware cryptoworm attack that corrupted land record data in Punjab in May 2017 – the country still lacks a comprehensive data protection policy. Among the sources of attacks are hackers from India engaged in cyber warfare with hacker groups from Pakistan.

Two new submarine cable connections in less than a year have diversified Pakistan’s connectivity, but two major countrywide service disruptions this year also show that the country’s internet infrastructure is still fragile. Major disruptions in cellular services came from the government itself, which occasionally shuts down mobile networks in parts of the country as a safety precaution against terrorism.

Internet policy in Pakistan is overseen by the Ministry of Information Technology and Telecommunications, but FIA’s new mandate to fight cybercrimes translates into the involvement of the Ministry of Interior, which was at the forefront of a campaign this year against social media content deemed blasphemous. In an unprecedented case, a counter-terrorism agent engaged a Shia man in a religious debate under cover, resulting in a death sentence for the latter on charges of online blasphemy.

The FIA was also accused of suppressing political opposition after it clamped down on internet campaigners for ridiculing the military. PTA too carried out an SMS campaign asking people to report cases of blasphemy on the internet. In the absence of a transparent set of rules the authority is still allowed to arbitrarily censor internet content.

Link to the report: https://content.bytesforall.pk/publication/internet-landscape-pakistan-2017