India: Decriminalisation must pave the way to positive rights 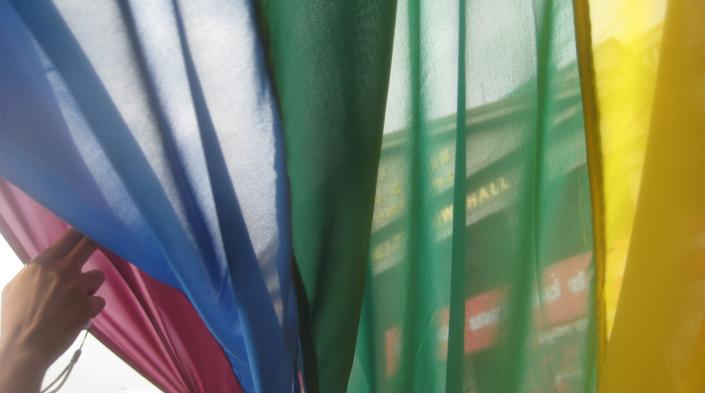 The Association for Progressive Communications welcomes the verdict of the Supreme Court of India on 6 September 2018 decriminalising consensual sex between all adults, irrespective of gender. Section 377 of the Indian Penal Code – a remnant of the British colonial era and Victorian morality – has long been an issue fought against by activists. The court has finally recognised that the section is unconstitutional and in violation of fundamental rights, including the right against discrimination and the rights to life, equality, privacy, health and expression in relation to consensual sex among adults. The court held that members of the lesbian, gay, bisexual, transgender, intersex and queer (LGBTIQ+) community are entitled, as all other citizens, to the full range of constitutional rights including the liberties protected by the Constitution.

This victory is a result of a long, drawn-out battle. APC lauds the tireless efforts of the LGBTIQ+ community, advocates and activists who have kept the fight alive despite intermittent setbacks. "Social media platforms and streets in India saw many individuals and the LGBTIQ+ community coming out in numbers to joyously celebrate this historic moment," APC's Women's Rights Programme manager Jac sm Kee said. "Online spaces have once again demonstrated their critical role as a platform for people and members of the community to organise, come together, collaborate and advocate for their rights. It is inspiring and energising to witness the overwhelming support for the judgment in social media from within India and from other parts of the world where the protection of the rights of LGBTIQ+ persons is a shared struggle. The Supreme Court in this judgment has elaborated on the grounds and principles that anchor the fundamental human rights that belong to everyone – regardless of, and maybe because of – marginalisation, and this reaffirms the faith we have in due process, rule of law and the institutions of democracy that defend them."

APC further welcomes and notes the presence and the impact of the presence of Justice Indu Malhotra, a woman justice on the constitutional bench, who went on to apologise to the LGBTIQ community for being persecuted throughout history. This is particularly significant in a moment where the rights of those who are underrepresented or marginalised are rendered visible. The attention to diversity at the highest level of decision making is equally critical at this juncture, to ensure the inclusion of a multiplicity of perspectives.

In the face of this celebration, there is still a need for caution. "The judgment reading down Section 377 of the Indian Penal Code is a step in the right direction. As jubilant as this decision has made some people, it also comes at a time when there have been random arrests of activists and academics across the country and a general clamping down on free expression, and especially speech that challenges the Brahmanical hetero-patriarchal Indian state. Also the proposed bill of rights of transgender people chips away at fundamental rights guaranteed, and the bill on data privacy and protection offers insufficient protection in the context of progressive datafication," said Namita Aavriti, co-director of the Bangalore Queer Film Festival.

"This is a progressive judgement which has righted past wrongs, not just of history but also its own. It didn't simply decriminalise 'unnatural' sex, but also acknowledged the stigmas which exist in other arenas such as mental health. The judgement explicitly says that homosexuality cannot be classified as a mental disorder, and recognises the need for gender-specific health care and reproductive care, stating that human sexuality cannot be confined to a binary existence. It also recognised the people's right to self-determination and identity. This can feed into amending the proposed Transgender Bill of Rights 2016 which goes against some of the rights specified in this judgement. As several queer activists and persons have said since the judgement, this is only the first step but one that will help us move ahead to ensure fundamental rights to those marginalised even within the queer community, such as transpersons, non-binary persons, those from marginalised castes and classes, and non-urban non-English-speaking backgrounds," said Smita Vaniyar, Point of View's digital projects second lead.

Further, the judgement's careful articulation of the right to autonomy, life, dignity and privacy stands to have a positive impact on the rights of the people in India at large, beyond the LGBTIQ community. "The work of concretising the right to privacy and its critical link to the right to autonomy, life and dignity is an important recognition of this fundamental right in an age of increasing digital surveillance and intrusion into the embodied, private and public lives of individuals by states, corporations and other parties," said Jac sm Kee. "In particular, it is important for democratic institutions and systems to play an active role in the capacity of marginalised individuals – who have historically been subjected to all forms of surveillance – to be able to exercise such critical rights in the face of structural, societal and systemic discrimination."

This judgment makes it clear that morality is Constitutional morality as opposed to societal morality and it is the Constitutional morality which should guide the courts in order to decide whether a particular act, omission or transgression is valid or not. This affirmation comes as a breath of fresh air and at a time when populist beliefs and majoritarianism are posing a significant challenge to liberty and constitutionally guaranteed rights of all. Human rights advocates and minorities belonging to ethnic, sexual and religious groups have long suffered significantly at the hands of majoritarian and undemocratic forces in India.

"This significant development should pave the way for other states in South Asia and the Asian region to decriminalise homosexuality and ensure that the community is able to enjoy the full spectrum of rights available to others. This judgment deserves to transcend borders and have a positive influence on other jurisdictions. The LGBTIQ+ communities in these jurisdictions are entitled to avail the same protection and recognition," APC's Asia policy regional coordinator Gayatri Khandhadai said.

This is an important judgment for the rights of all people. We call on the government of India to take all necessary measures to confer on the LGBTIQ+ community the full range of rights available to all individuals. In this regard we are in positive anticipation that the words of the court while delivering the judgment – that "decriminalising Section 377 to recognise sexual rights of LGBTQ community members was just the beginning" – will soon become a reality.