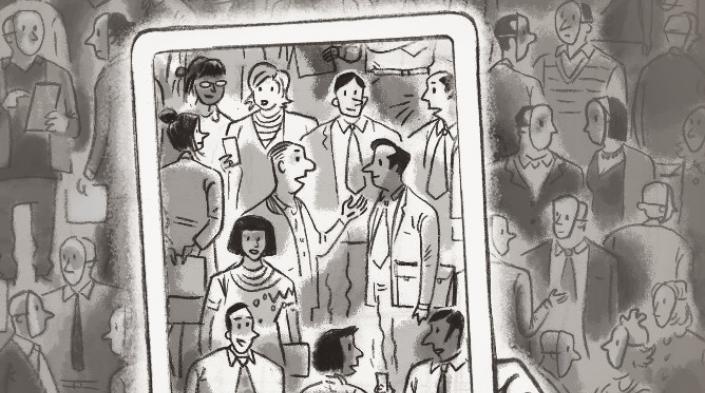 While hidden cameras can document and flag human rights abuses by authoritarian governments, these same videos can then be used to identify dissidents who are later detained and tortured, explains David Sasaki in his introduction to the 2012 edition of Global Information Society Watch (GISWatch). As the latest edition of the publication makes its way online, the 2012 edition focuses on how the internet can act as a double-edged sword when it comes to corruption and transparency. The report looks at how the internet can be used to ensure transparency and accountability, yet also be used to inhibit these aspects of democracy.

A joint publication between the Association for Progressive Communications (APC) and the Humanist Institute for Cooperation with Developing Countries (Hivos), this year’s GISWatch takes a practical look at how the internet is being used against corruption at all levels and provokes discussion by raising questions such as “Is a surveillance society necessarily a bad thing if it fights corruption?” The “watchers” network of authors also explore the challenges that civil society and activists face in fighting corruption and lessons learned when the internet fails as an enabler of a transparent and fair society.

Reports from around the world

GISWatch 2012 features reports from 48 countries that span the globe and eight thematic reports from organisations such as Privacy International, Transparency International, the Open Technology Institute, academic institutions and the Association for Progressive Communications, uncovering emerging issues related to the internet and transparency. The theme, “The internet and corruption,” is a relevant and focused topic yet it allows for a broad range of reporting. While one report looks at the balance between state responsibilities and human rights, another provides a visual map of corruption around the world.

It’s time to talk about accountability

The topic of corruption comes at a highly relevant time, as discussions turn towards open governance and ways of making governments more accountable to citizens. According to GISWatch editor, Alan Finlay, “Perhaps more than before, globally corruption has created a distinct sense of distrust in nations’ leaders. What you see as a response are often quite simple but effective citizen-driven online initiatives – such as the Index of Saudi Promises which tracks project commitments made by government officials. But despite the success of some of these projects, activists have mixed feelings about the effectiveness of using the internet to fight corruption. Media freedoms, and issues such as the right to access to information – nevermind the internet – tend to shape how successful online initiatives can be, especially ones that set out to do things like track government spending or activities. This puts the power back in the hands of those you are trying to make accountable.”

Since 2007, GISWatch has covered citizen participation in ICT policy processes, access to ICT infrastructure and access to information and knowledge. APC, Hivos and network partners began producing GISWatch as a way of reflecting on the progress being made to create an inclusive information society worldwide, and as a way to encourage debate and to strengthen networking and advocacy for a just and inclusive information society.

“…annual GISWatch reports have become must-read material for analysts and activists concerned with the global social, economic and political effects of information and communication technologies. The insightful Thematic Reports set the context and focus for each edition, and the regional and country reports provide concise and authoritative overviews of how that focus is playing out “on the ground” around the world.” – William Drake

More on GISWatch 2012: 2012 GISWatch on the internet and corruption launched during the IGF