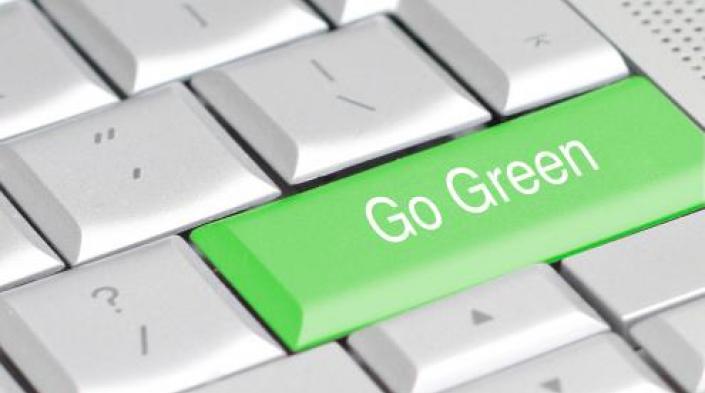 What does "ICTs and environmental sustainability" mean?

Who else is focusing on this area?

Given the growing importance of environmental sustainability in social and economic development, much global attention has been given to the role of information and communications technologies (ICTs), both as tools to address sustainability imbalances and as the source of environmental challenges in themselves. Over the last 10 years several prominent projects and multi-stakeholder networks have unfolded in the areas of ICTs and climate change and e-waste, including but certainly not limited to important work by the Swiss government, the International Telecommunication Union (ITU), the Organisation for Economic Co-operation and Development (OECD), the Global e-Sustainability Initiative (GeSI), the International Institute for Sustainable Development (IISD) and Manchester University.

What are climate change adaptation and mitigation?

How can ICTs help vulnerable communities adapt to climate change?

Information and communication technology (ICT) is a vital for the development early warning systems, and can provide up-to-date weather and water quality/supply data. Knowledge portals, such as InfoAndina in Peru can provide information and tools for communities to better conserve water and adapt farming practices to changing climatic conditions.

Defined as the ability of a system to withstand, recover and change in the face of an external disturbance (such as acute or chronic climate change), resilience constitutes an important property of livelihood systems which, through a set of seven dynamic sub-properties (robustness, scale, redundancy, rapidity, flexibility, self-organisation and learning) can enhance adaptive capacity. E-resilience is “a property of livelihood systems by which ICTs interact with a set of resilience sub-properties, enabling the system to adapt to the effects of climate change.”

What does carbon-neutral mean?

For an organization to be carbon-neutral, all of its carbon emissions must be offset in some way. This offset can be achieved through an emission trading scheme, carbon capture, or through other means, such as the Clean Development Mechanism.

What is a carbon footprint?

In theory, a carbon footprint is a measure of the entire green house gas emission of a particular entity (be it a corporation, and organization or an individual). Data such as this would take into account things such as transportation, production, services and others. Most commonly, carbon dioxide and methane alone are taken into account for the sake of simplicity. Once an entity’s carbon footprint has been ascertained, steps may be taken to reduce its size, or to offset it in some way.

What is a carbon sink?

A carbon sink is any formation, natural or otherwise, that absorbs more carbon than it releases. Forests are a naturally occurring example of a carbon sink, due to the carbon consumed during photosynthesis. A large, buried tank would be an example of a synthetic carbon sink.

Why is e-waste such a big problem?

E-waste is one of the fastest growing waste streams, growing at three times the rate of municipal waste globally. The ICT industry is expected to generate 53 million tonnes of e-waste by 2012. Moreover, developed countries routinely export their e-waste to developing countries, often in violation of international law. Greenpeace estimates that 50-80% of e-waste that is collected for recycling is exported to developing countries in Asia and Africa. With the amount of e-waste being produced increasing by as much as 500% over the next decade in some countries, sustainable management is clearly a priority.

What are conflict minerals?

Conflict minerals are minerals mined in areas where there is armed conflict or human rights abuse, with profits often funding ongoing conflict. For example, coltan is a mineral that is mined for use in consumer electronics, such as mobile phones, DVD players, video game systems, and computers. It has been cited as a source of financing for military conflicts in the Democratic Republic of Congo.

What are brominated flame retardants?

Bromimated flame retardants (BFRs) are common in most household appliances and furniture. They have been in use since the 1970s, and are most abundant in consumer electronics. Some of the more cost-effective varieties have been shown to be hazardous to the health of humans and animals. The chemicals leech out of articles they have been applied to over the product’s lifetime, as well as while the product is being recycled, or sitting in a landfill. The chemicals find their way into water supplies and bioaccumulation occurs.

Why are CRTs a problem?

Cathode ray tubes (CRTs) were commonly used in television and computer displays, prior to the prevalence of plasma and LCD screens. CRT displays are a large contributor to e-waste, as they are exceedingly difficult to recycle. The Environmental Protection Agency in the United States considers CRTs to be hazardous waste (unless recycled), due to the large amount of lead and phosphors used in their construction (in addition a high level of brominated fire retardant). If they are not disposed of or recycled properly, these hazardous chemicals can easily be released into the environment.

What is planned obsolescence?

Planned obsolescence is a marketing strategy, often used by producers of electronic devices. The strategy entails designing a product in such a way as to have a limited life-span (limited either by the device being rendered obsolete by a new model, or by it ceasing to function). This is done with the intent to compel the consumer to buy the new model, or replace the non-functioning one. This marketing strategy has obvious consequences for the environment, as it leads to the production of an inordinate amount e-waste.

What is computer refurbishing?

Computer refurbishing is generally a better strategy for reducing e-waste when compared to computer recycling. In the case of refurbishing, computers are used for their component parts, as opposed to recycling, which commonly crushes computers to separate the various materials inside. The latter has a far greater potential for releasing any toxins present in the electronic devices, and allowing them to leach into the environment, or be inhaled by the recyclers themselves.

What are take-back laws?

Take-back laws are designed to reduce the amount of e-waste by requiring producers to bear some of the cost and responsibility for safely disposing of electronic devices at the end of their life-spans. In addition to this primary goal, the laws also encourage better product design (for products that are easier to recycle), more efficient means of recycling, and appropriate product pricing (one that takes disposal costs into account).

What about the electricity ICTs consume?

With the rising concern about climate change there is an increasing focus on the amount of electricity that ICTs consume. The more gadgets we have, especially mobile devices that require charging, the greater the demand for electricity. At present, around the globe, the fuel being used to meet much of the demand for new electricity generation is the worst from the point of view of carbon emissions: coal. However, it’s not the everyday use of ICTs that’s driving their electricity demand.

Though people might focus on the direct use of electricity by devices – because that’s the part of the system they can “see” – in terms of the overall life cycle of ICT devices, more energy will have been used during their production. In fact, as the direct energy use of electrical goods reduces, so the energy consumed in production becomes more significant19. For example, the memory chip in a laptop computer can take more energy to produce than the laptop itself will consume over its three-year service life. This is another reasons why extending the life cycle of ICTs is important for environmental sustainability.

What are the main international policy spaces for environmental sustainability?

What is the UNFCC?

The UNFCC is an international environmental treaty produced at the United Nations Conference on Environment and Development (UNCED) also known as the Earth Summit, held in Rio, 1992.

Since the UNFCCC entered into force, the parties have been meeting annually in Conferences of the Parties (COP) to assess progress in dealing with climate change, and beginning in the mid-1990s, to negotiate the Kyoto Protocol to establish legally binding obligations for developed countries to reduce their greenhouse gas emissions.

What is the Green Climate Fund?

The Green Climate Fund is an initiative intended to aid developing nations deal with climate change. The Fund intends to gather pledges from developed countries to provide money for developing countries dealing with the costs of climate change. Sources of financing are still under discussion and private entities may be included as contributors.

Reducing Emissions from Deforestation and Forest Degradation (REDD+) is an initiative that seeks to reduce GHG emissions. The guideline aims at reductions through protection of forested areas from deforestation (the permanent removal of trees) and forest degradation (other damage done to forested areas). Although GHG emissions are the primary goal, REDD+ also encourages protection of biodiversity, and poverty alleviation.

What is the Clean Development Mechanism (CDM)?

Essentially, the Clean Development Mechanism (CDM) allows developed countries to offset their carbon emissions by funding projects that would reduce emissions in developing countries. In this way, developing countries may develop more sustainably, while developed countries meet their emission targets. Since its inception, the CDM has been criticized for its overall efficiency, as well as for funding unsustainable and sometimes fraudulent activity. There have also been concerns over the exclusion of forest conservation, which led to the development of REDD+.

What are carbon credits?

Carbon credits are part of the carbon market, traded using emissions trading schemes (ETS). The intention is to allow market forces to guide corporate entities to actions that would reduce their emissions, as opposed to imposing regulation.