The community telecentre cookbook for Africa: Recipes for self-sustainability 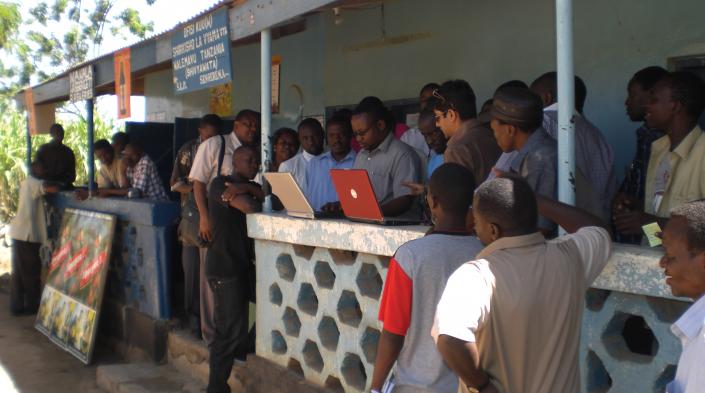 People living in developing countries are becoming increasingly aware of the powerful role that new information and communication technologies can play to help them in their struggle for education, democracy, and economic and social development. However, with six billion people on the planet and only about 800 million telephone lines, more than half of the world’s population have not yet made a telephone call, let alone accessed the Internet. If this digital divide is not closed, there could be an even greater gap between the rich and poor of the world.

So how can this challenge be met? One solution is public access communication and information services, commonly known as Telecentres. Telecentres are being established through private and public programmes across Africa, through special projects, or by adding PCs to telephone shops, schools, libraries, community centres, police stations and clinics. Costs can be kept low by taking advantage of the fact that communication and computing technologies allow voice, fax and Internet data to travel over the same telecommunication link. Sharing the expense of equipment, skills and access amongst an ever-increasing number of users also helps to cut costs and make these services viable in remote areas. If the usage and responsibility are shared, the potential for long-term sustainability will be increased, and it will contribute to realising Universal Service Objectives in rural and remote locations where the majority of people in developing countries live.

The Telecentre concept has been widely adopted in the United States, Canada and Australia, but in those countries the focus is on more advanced services such as Internet access and video conferencing rather than on basic telephone services. In developing countries in Africa and elsewhere, public facilities are needed for basic access, and for value-added services that can contribute to the social and economic welfare of the community.

Private Telecentres and telekiosks have been established in countries like Ghana, Kenya and Senegal, but Telecentres in Africa have also received considerable support from UNESCO, the ITU, the IDRC and a number of other international development agencies. The governments of a number of countries, as well as telecommunications operators, have also contributed to the spread of access to services. In Africa there are over 20 special pilot Telecentre projects scattered throughout the continent. They have been set up to test different models, mechanisms of implementation and strategies for sustainability. The most well known of these projects are the ITU/UNESCO/IDRC projects in Benin, Mozambique, Uganda, Mali and Tanzania, and the South African programme supported by the Universal Service Agency USA).

Although interest in Telecentres is widespread, they are a new concept, so there is a shortage of knowledge on how to establish and sustain them, especially in Africa. Most of the existing introductory texts, guidelines and manuals have been written for Telecentre operators in developed countries.

The aim of this manual is to draw upon existing knowledge and materials and adapt them to the African context in a style, which is user-friendly and makes few assumptions about the user’s knowledge. This manual is aimed at any person or organisation that is interested in setting up a community-based Telecentre, such as a telecom operator, an NGO, a community group, a local government or a small business.

With the rapid developments in technology and the ever-changing understanding of the scope and potential of Telecentres, no manual can be completely comprehensive. It is hoped that this manual will serve as a starting point, which can be further, refined and enlarged with input from the growing number of Telecentre projects in Africa.

Long-term economic sustainability is the probably the most critical issue facing MCTs in Africa. Although elements of guidance are provided in this document, no general formula is yet available, and this aspect will be should revisited in the context of ongoing experiences and hopefully developed more methodically in the next edition of this Cookbook.