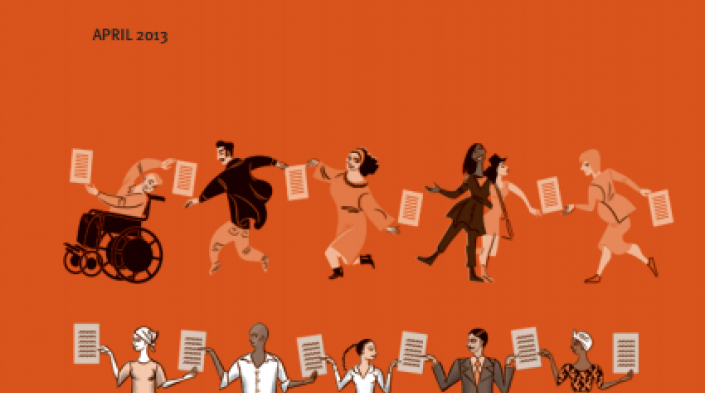 This Global Information Society Watch (GISWatch) special report by the Association for Progressive Communications (APC) collates civil society perceptions of the changes that have taken place in the information and knowledge-sharing society over the last 10 years. Available in English, Spanish and French, it responds to the opportunity provided by the World Summit on the Information Society (WSIS)+10 review, which will culminate in 2015. Using both the WSIS Declaration of Principles (2003) as well as the Civil Society Declaration to the World Summit on the Information Society (2003) as a starting point, it captures the kinds of shifts that have been experienced by communications activists and stakeholders in a rich and nuanced way. The results are being used as input to the formal WSIS review process, as well as to strategise around civil society joint agendas and common positions. The report has been funded by the World Association for Christian Communication.

“The idea of multi-stakeholder engagement was very present at WSIS. It seems the idea that you can’t govern the internet without the inclusion of the voice of civil society was established [there].” –  Susana George, Philippines

“In the post WSIS-era multistakeholderism is being used as a synonym for democracy, and is treated as an end in itself, rather than a means to an end. Civil society is expected to respond to any introduction of ‘multistakeholder participation’ with a sense of grateful victory, even when it makes no difference to existing power dynamics. What it should be, and can be, is a mechanism to help make policy processes more democratic and inclusive, but it does not constitute democratisation of decision-making processes on its own, nor can it be a substitute for such democratisation and inclusion.” – Anriette Esterhuysen, Association for Progressive Communications, South Africa

“Generally things have gotten much more difficult, specifically with civil society organisations. Back in 2003, the WSIS Declaration sounded almost ‘of course’ – but today it sounds radical. It didn’t sound too radical 10 years ago – this is a sign for alarm.” – Norbert Bellow, Internet Governance Forum Civil Society Caucus co-coordinator, Switzerland.