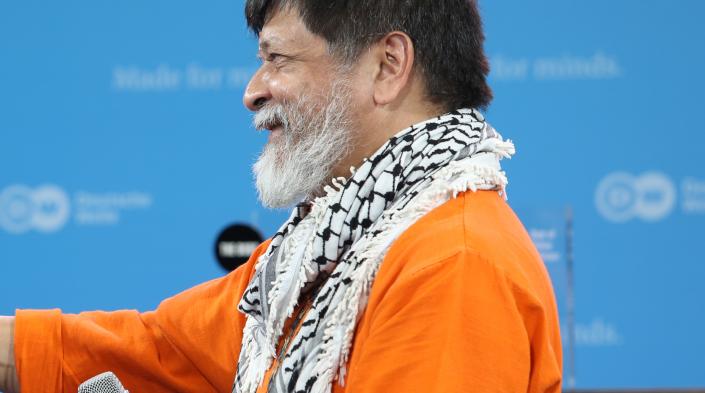 APC and its undersigned members express concern over the detention of Shahidul Alam. On 5 August, renowned Bangladeshi photographer and human rights defender Shahidul Alam was detained by members of the country's Detective Branch of Police. He was charged with the infamous provision on “spreading propaganda and false information against the government” (Section 57) under Bangladesh’s draconian Information and Communication Technology (Amendment) Act in relation to his comments on social media. His comments were in response to protests by secondary school students in the Bangladesh capital to demand improved road safety after two students were killed as a result of reckless driving by the driver of a public bus. During the court session the following day, Shahidul Alam informed the court that he had been tortured in custody.

The arrest took place amid increasing unrest, with dozens injured after police fired rubber bullets at protesters. Aside from actions targeting the protesting students, journalists from various news organisations were also attacked while documenting the protests, allegedly by police and supporters of the ruling party. The government has used Section 57 of the ICT Act – as well as other vague accusations of anarchy and spreading unrest – to arrest and detain at least 20 people in recent days, including university students. While the government promotes digitisation and internet usage among its citizens, it also uses the internet as a tool for surveillance and monitoring to repress and shut down expression. For example, during the current protests, it suspended 3G and 4G mobile internet services to prevent persons from assembling and associating with the use of technology. This also made it very difficult for journalists to report on the events.

"Reports of deterioration in protection of freedom of expression and association online and a crackdown on dissent in Bangladesh are increasing. The killing of bloggers and attacks on journalists indicate a worsening of corrosion of civil liberties. The use of excessive force to control assemblies and imposition of network shutdowns have become common practice in Bangladesh. The rampant use of Section 57 to target and silence voices of criticism and dissent online in Bangladesh amounts to criminalisation of free expression," APC's Asia Policy Coordinator Gayatri Khandhadai said.

UN human rights experts have urged the Bangladeshi authorities to immediately release photographer Shahidul Alam. “The arrest and alleged ill-treatment of Mr. Alam is extremely worrying and takes place in a general context of a crackdown against young students and others calling for better public governance, reforms and justice in Bangladesh, including media workers and other civil society,” they said.

In the words of APC's Executive Director Chat Garcia Ramilo, "The government of Bangladesh must recognise the internet as a legitimate space and platform for the promotion, protection and exercise of the rights to freedom of expression, association and assembly. International standards protecting fundamental rights and freedoms, including the Universal Declaration of Human Rights and the International Covenant on Civil and Political Rights, must be seen as fully applicable to expression and association and assembly online. While the international community watches, we sincerely hope that the problematic provisions of the Information and Communication Technology Act will be reformed or repealed to meet constitutional and internationally acceptable human rights standards."

"I had the opportunity to work with Shahidul when we were both jury members of The Bobs awards in 2014," Leila Nachawati of APC said. "His way of standing up to defend human rights in his country and in the rest of the world was an inspiration for all of us on the jury. I hope he can now feel the same support he has dedicated his life to giving to others."

We call on the authorities to ensure Shahidul Alam's physical and psychological integrity and to drop all charges and release him from custody immediately. We further call on the authorities to repeal Section 57 of the ICT Act, used to target bloggers and freedom of expression online in Bangladesh, and drop charges against all individuals who have been charged under this provision.

The government of Bangladesh must ensure freedom of expression online, prevent arbitrary killings