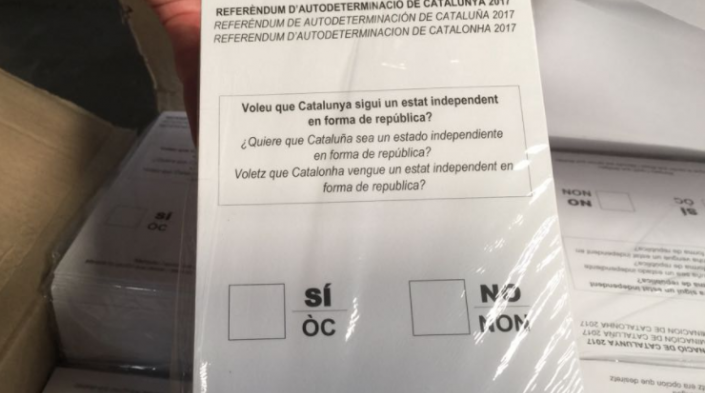 The Association for Progressive Communications (APC) is concerned at news that access to and use of the internet is being restricted in Catalonia, as part of a trend to curtail freedom of expression in the context of the call for a referendum to decide the future status of the region.

According to our members and partners in Catalonia, judicial orders against referendum websites are being granted, which can be seen as a misuse of the judicial process. We have received reports that domain names have been seized or blocked (such as www.referendum.cat), that websites have been shut down, that access to the internet has been blocked through ISPs, and that distributed denial of service (DDoS) attacks have been launched against the referendum website. According to web security service Cloudflare, which protects websites from DDoS and other attacks, the onslaught against sites related to the referendum has been "one of the wildest attacks they have ever witnessed", as reported by our regional members.

Restrictions to online communications are taking place in the larger context of curtailing freedom of expression. In the past weeks, measures taken by the authorities have included seizing the official referendum website, raiding printing companies where documentation in favour of the referendum was being printed, and seizing 1.5 million leaflets and posters, including official Catalan government publications. Conferences and meetings where the referendum was being discussed have also been banned, including solidarity meetings in Madrid and other cities. All of these activities have been framed under the umbrella of "illegal referendum apologists" by Spain's state authorities.

According to APC member in Catalonia, Pangea, "These measures are ways to curtail economic, social and cultural rights. It is ironic that this is happening as the Spanish government presents a candidacy for the UN Human Rights Council, where it stresses the defence and promotion of economic, social and cultural rights as key aspects of Spain's actions."

We strongly condemn any restrictions on the right to freedom of expression, and support the right of individuals and organisations to host discussions and debates around this issue. As we state in the APC Internet Rights Charter, regarding Article 19 and 20 of the Universal Declaration of Human Rights:

APC calls for the Spanish authorities to put an end to repression and curtailment of freedom of expression online and offline.