Bottom-up Connectivity Strategies: Why do communities decide to build their own communications networks?

Home / News / Bottom-up Connectivity Strategies: Why do communities decide to build their own communications networks? 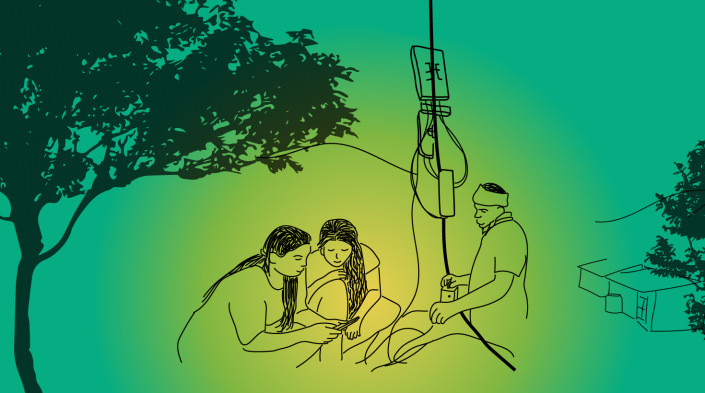 In previous weeks we looked at the reasons for conducting this research and learned more about the community networks that were studied during the research. This week we will address the motivations for establishing community networks.

Considering the limited body of knowledge about community networks, the small number of cases studied in this research and the abbreviated research period, generalisations about motivations and many other aspects of the networks studied need to be avoided. Seen as a group, their great diversity is readily apparent; however, the main motivation for building these networks is to help meet needs for better and more affordable communications infrastructure.

Not many of the networks were in areas without any other form of connectivity. In fact, satellite beams now blanket all but a few areas, and mobile operators were present in most of the sites. However, these large-scale commercial services are evidently too costly or unavailable. Despite their small size, improved affordability over national commercial networks is evident. For example, in the community network in South Africa, data fees are between 20 and 40 times cheaper than mobile data plans. In the Mexican mobile community networks, unlimited local calls cost about USD 2.50/month, while off-network calls cost about USD 0.02 a minute.

In addition, the per-minute or data traffic-based usage charges adopted by national mobile networks have a distinct chilling effect on the extent of use. In contrast, there is usually no charge associated with the traffic generated by the user of a community network for a particular communication session. There may be no monthly usage fees at all when costs are covered externally, although more usually, fees are based on a specific time period (e.g. one week or one month) over which unlimited use can occur, subject to bandwidth limitations or when the traffic is just within the community network.

While affordability and sometimes deficient connectivity in rural areas were usually cited as the primary reasons for community networks, a wide range of other benefits were often reported – some were intentional by the network initiators, and others were revealed by users in the course of the research. Local economic development and community empowerment are common themes, while some of the community networks studied also had more specific focuses, such as addressing the communication needs of indigenous communities or other marginalised groups, or supporting aspirations for building the autonomy of their communities. Supporting the development of connectivity in this way is seen as an entry point to “building or preserving community”. In some cases connectivity is used as one of many tools by integrated rural development organisations to assist in community upliftment, such as providing income generation or employment opportunities.

A substantial number of community networks have also emerged through support from academic and research institutions, which have set up community networking projects to study the potential of new technologies and alternative strategies for addressing connectivity gaps. In total, about 50 different international and national organisations were identified that have been involved in supporting the 16 community networks, ranging from UN organisations and bilateral development agencies, to US and European foundations, NGOs, multinational technology companies, local authorities and academic/research organisations. The internet technical community, also known as the i* organisations – in particular the Internet Society (ISOC) and the regional IP registries, LACNIC, AfriNIC and APNIC – have also supported many of the networks.