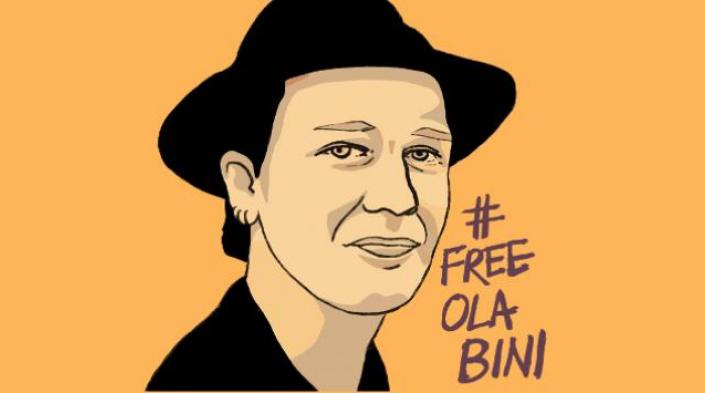 Since 11 April 2019, software developer, cybersecurity expert and digital rights activist Ola Bini, a Swedish national living for the past six years in Ecuador on a legal permit, has been illegitimately kept in detention as a political prisoner in Ecuador. Appeals for Ola’s release by his legal team have been stonewalled by the Ecuadorian authorities at every turn. His arrest is a serious violation of his rights, an assault on freedom of expression as well as a blatant disregard for international law. Given the highly questionable circumstances of his arrest, it is clear that the resources of the state are being used to criminalise and persecute those who enable and defend freedom of information (and other rights online).

The Association for Progressive Communications and ARTICLE 19 wish to support and amplify the concerns raised in the letter submitted by the United Nations to the government of Ecuador on 7 May. Issued by the UN Working Group on Arbitrary Detention, the UN Special Rapporteur on the promotion and protection of the right to freedom of opinion and expression, and the Special Rapporteur for freedom of expression of the Inter-American Commission on Human Rights (IACHR), the joint statement calls to question in thorough detail all stages of Ola’s arrest and detention, presenting a clear picture of a serious and ongoing miscarriage of justice.

In a press release on 22 May, Ola’s legal team responded to this joint statement and affirmed that “the pronouncement and the demand to Ecuador made by the main human rights authorities, both of the Inter-American System and the United Nations System, represents the possibility that an independent body can analyze all the faults to the due process that have existed since the 11th.” As members of civil society, we echo the hope that the statement will have a positive and immediate bearing on the outcome of Ola’s legal proceedings, and bring to light the manifold legal mishandlings of his case and the violations of Ola’s constitutional rights at every stage of arrest.

According to a bulletin issued by the prosecution, Ola was detained to investigate alleged illegal activities related to WikiLeaks. Ecuador's Minister of Interior María Paula Romo furthermore accused Ola of collaborating to destabilise the Ecuadorian government, without presenting evidence to support this claim. As summarised by Ola’s lawyers: “The National Police posted confiscated material on social media as though it were incriminating: USB thumb drives, mobile devices, computers, and even books. Notwithstanding having accessed some of his electronic devices, no incriminating material has been found. The confiscated material contains work and personal information.”

The accusations of the prosecution against Ola manifest a poor understanding of international standards of human rights. The arrest of Ola Bini furthermore reflects the government of Ecuador’s willingness to use an activist to build up its case against WikiLeaks founder Julian Assange, who was arrested in London after Ecuador revoked his political asylum. With lack of justification to support Ola’s arrest, it is clear that the state’s case has no legal footing, and embodies a direct threat to freedom of expression and an attack on journalists and digital rights advocates. As noted in the statement presented by the UN: “We wish to express our disapproval, particularly, because the arrest and the charges against Mr. Bini seem to be connected to the public support and his friendship with Julian Assange, as well as with his work and activism in the field of privacy.”

A letter of solidarity co-signed by dozens of civil society organisations and supporters worldwide, many of whom have worked with Ola, states that “Ecuador's actions against Ola impact us all. If members of our community are presented to the public as spies, hackers, hidden conspirators, intruders, then we are all at risk of being seen as a danger to society.”

We strongly support the statement issued by the different United Nations bodies against the unwarranted punishment of Ola, which is unjust, inhumane and contrary to human rights standards.

It is unacceptable to continue to justify keeping Ola Bini in custody, and we as members of the international community, human rights advocates and civil society representatives call upon the government of Ecuador for his release, and restitution for his prolonged and unjust mistreatment.

Free and open source software is software that is available for all to use, develop and share. This is not a crime.

Journalistic duty means presenting and sharing public information. This is not a crime.

We stand by the United Nations bodies in their request to the president of Ecuador “to adopt all of the measures necessary to protect the rights and freedoms of the person mentioned to investigate, process and impose the appropriate sanctions to all responsible for the alleged violations.”

According to the IACHR Declaration of Principles on Freedom of Expression, “The right to freedom of expression is not a concession by the States but a fundamental right.” We appeal to to the President of Ecuador, Mr. Lenín Moreno: Stop the political persecution and criminalisation of advocates who work to preserve human rights. Free Ola Bini.