Assange and Bini's arrests, a serious threat to freedom of expression worldwide 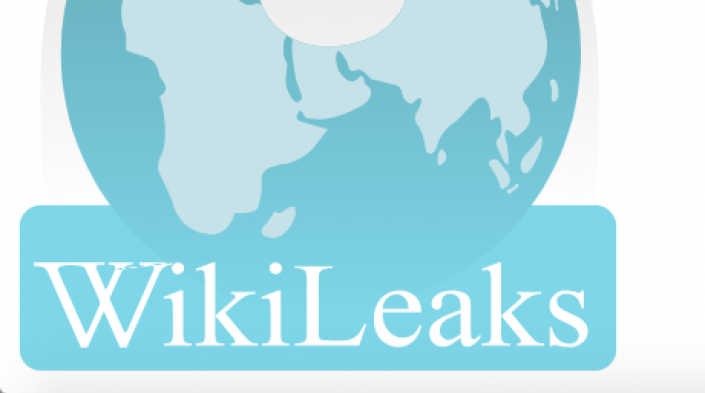 On 11 April, Julian Assange, founder and director of WikiLeaks, was arrested by the British police at Ecuador's embassy in London, where he has been for the past seven years. He was dragged out of the embassy right after his asylum was revoked, white-bearded and handcuffed, and forced into a police van, in images that have gone around the world.

A few hours later, privacy and open source advocate Ola Bini was arrested at the Quito international airport  accused of "conspiring against the state." Charges against Bini have yet to be presented, but the authorities claimed that they are looking into whether he was part of a possible effort by Assange and WikiLeaks to blackmail Ecuador's President Lenin Moreno.

Since 2010, the US government has pursued a secret Grand Jury investigation into WikiLeaks and has finally charged Assange “in connection with a federal charge of conspiracy to commit computer intrusion for agreeing to break a password to a classified U.S. government computer.” The incident in question is the publishing of classified US government documents from former intelligence analyst Chelsea Manning, and doing so in a way that would maintain her anonymity. In other words, the indictment accuses Assange of trying to help whistleblower Manning log into the US Defense Department’s computers to download documents in the public interest, while trying to protect her from retaliation.

Manning was key in the leaking of nearly 750,000 classified and sensitive US military and diplomatic documents, including the “Collateral Murder” video, which featured footage of a US Army helicopter gunning down a group of unarmed civilians in Iraq, including two Reuters journalists.  For these actions, she was sentenced to 35 years in a man's military prison, by far the longest punishment ever imposed in the US for a leak conviction, and served over six years before her sentence was commuted by President Obama at the end of his term.

In March, Manning was imprisoned once again after she refused to testify in a grand jury case against WikiLeaks.

These indictments contribute to criminalising a key component of journalistic ethics: taking steps to help sources maintain their anonymity. This poses a serious threat to press freedom in the US and worldwide.

"By criminalising actions that investigative journalists routinely use to protect their sources,  the US is engaging in an attack on freedom of expression and the media," APC's global policy advocacy lead Deborah Brown says. "This can open the door for other news organisations and even individuals to face similar charges, and can create a chilling effect on the right to seek, receive and impart information, which is fundamental for putting checks on powerful actors and institutions."

In the words of APC's Communication and Information Policy Programme manager, Valeria Betancourt, the forced removal of Julian Assange from the Ecuadorian embassy in London and the sudden termination of his political asylum "should be seen as a violation of human rights, an attack on freedom of expression and an attempt to undermine international laws. Furthermore, with the arrest of Ola Bini in Quito, accused of destabilising the Ecuadorian government, I fear we are witnessing the start of a spiral of political persecution and criminalisation of advocates whose work for preserving democracy is crucial."

In the words of OAS Special Rapporteur for freedom of expression Edison Lanza: "The extradition of Assange is a threat to press freedom. Beyond his role and all the controversy around him, the issue is that journalists should not be punished for publishing information of public interest, even if it was restricted information."

Or, as UN Special Rapporteur David Kaye put it: "A prosecution might feel good for a lot of people, a proxy, too, for other very serious concerns. It might even be strictly legal under US law. But it would almost certainly end badly for the press and ultimately for its democratic ‘watchdog’ role we expect it to play."

"Do you think the US government – this one or any other – can address allegations against him without doing damage to basic free press guarantees?" Kaye continued. "I strongly doubt it, I only see downsides."

Other whistleblowers punished for their contributions include French citizen Herve Falciani, whose more than 100,000 records on prominent clients of HSBC Private Bank (Suisse) SA sparked a global wave of tax evasion probes. Falciani was sentenced in 2015 to five years in prison for economic espionage and also convicted for illegally obtaining data and breaching business confidentiality and bank secrecy.

Journalists have a long history of working with their sources to reveal public information that is relevant to citizens. When government officials attack reporters or their sources to prevent relevant facts from being exposed, they are attacking freedom of expression, reducing the possibilities to demand accountability of economic and political powers, and taking power away from citizens. The latest indictments set a negative precedent and might lead to more arrests and criminalisation of activists who are not comfortable for the powerful, or anyone associated in any way with Wikileaks, creating a chilling effect for democracy, in Ecuador, the US, and across the world.