Africa in urgent need of a homegrown online rights strategy 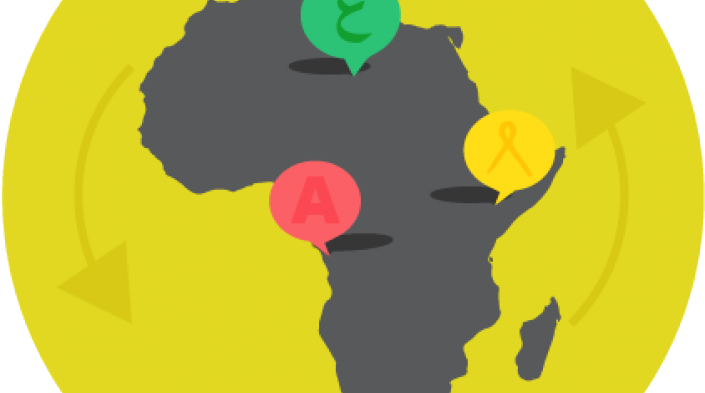 Events in the first quarter of 2019 indicate that Africa urgently needs to agree on a homegrown strategy for the protection and promotion of online rights and freedoms on the continent.

During the Digital Rights and Inclusion Forum (DRIF) held in Lagos, Nigeria on 24-25 April 2019, at a session hosted by APC on behalf of the African Declaration on Internet Rights and Freedoms Secretariat, participants agreed that the African Declaration was a good start. The Declaration is an initiative to promote human rights standards and principles of openness in internet policy formulation and implementation on the continent.

In the session, titled “Consolidating a pan-African approach to building an open and useful internet in Africa”, participants noted that not only had there been an increase in violations against citizens’ access to and use of the internet across the continent, but that this trend was worsening. This is particularly so as governments continue to enact repressive policy and legislation and apply extrajudicial means to limit freedoms online.

Keeping internet disruptions in all African countries under the spotlight

Internet shutdowns are gradually becoming the norm in Africa during times of civil unrest or national processes like elections. Benin brought to nine the total number of countries that witnessed an internet shutdown in the first quarter of the year 2019. According to media reports, only an estimated 20% of registered voters turned up for the country’s election held on 28 April, in protest of new electoral rules that had restricted the opposition’s participation. Over two days, online communication was restricted, first through the blocking of social media and messaging apps, and then an eventual blanket blackout for several hours.

The #KeepItOn campaign headed up by Access Now has played a prominent role in fighting internet disruptions worldwide. In response to a question posed at the DRIF session on Access Now’s current work in this area, #KeepItOn campaign coordinator Berhan Taye said that to some extent, the organisation feels that its work has been effective in getting authorities to restore internet services. Across the African region, she noted, a lot of work has gone into preparation for a shutdown through raising awareness on the use of virtual private networks (VPNs), but that no amount of preparation reduces the impact of a total shutdown. She explained that while coordination of appeals for the restoration of services seemed standard and routine, it was necessary for sustaining pressure on governments and attracting global attention, and that could also count for impact. She raised concerns, however, over the uneven responses to the shutdowns depending on where they occurred.

According to Taye, documentation of and responses to the shutdowns in Africa varied depending on the prominence of the country in the global news, which also had an impact on overall restoration of services. For instance, during Zimbabwe’s blackout, pressure was sustained even as the country’s internet users were offline, bringing global attention to it. On the other hand, although social media in Chad has been blocked for over a year, it is only now that the country is receiving attention.

It was agreed that more effort was needed in strengthening the existing network for monitoring and responding to internet shutdowns, especially in Francophone countries, because information about them was not readily accessible over the internet for the larger African community.

As governments continue, unabated, to wage a war against freedoms advanced over the internet, concerns are mainly focused on whether African service providers can see beyond their role of aiding economic growth on the continent and step in to protect users’ rights. Together with the African Continental Trade Agreement, technologies are expected contribute significantly to the continent’s economic growth this year. The International Monetary Fund (IMF) projects a 3.5% percent economic growth in sub-Saharan Africa, while the World Bank projects a less optimistic 2.8%. Participants noted that service providers were compromised, as some African governments were major players in the telecoms sector, either through ownership or direct control in the licensing of the sector. Participants emphasised the need for interventions seeking to facilitate the formulation and enactment of enabling and harmonised privacy and cybersecurity policy and regulation. They noted that these should be preceded by an audit of the current and existing licensing regimes and ownership and control patterns in the region, in order for a more informed strategy on engaging the sector on its human rights responsibilities. While there was a strong sentiment that attempting to emphasise the “economic impact” of internet shutdowns has had little effect in Africa, and there was agreement on the need for campaigns to contextualise the connection between economic growth, development and social justice.

Staying connected in the age of violations

Governments have escalated repression of journalists and human rights activists in order to thwart advancement of civil and political rights online. The five-year probation period conditions imposed on Egyptian journalists Mahmoud Abou Zeid and Alaa Abdel Fattah serve as an example of the intolerance of dissent through sustained and systematic means by some governments. As part of their parole, the two are expected to spend their nights in police custody, during which their phones are confiscated. Recent social media updates said that the two have reportedly also received threats from alleged national security officers over the sharing of their experiences during their nights in custody. The Egyptian government recently issued regulations that allow the country’s media regulator to penalise journalists or other citizens with over 5,000 followers for publishing “falsehoods” on social media.

Similarly, the arrest and deportation of the executive director of Collaboration on International Policy in East and Southern Africa (CIPESA), Dr. Wairagala Wakabi, at Julius Nyerere International Airport in Dar es Salaam, Tanzania demonstrates the extraterritorial efforts made by some authorities to limit the collaborative regional work by civil society organisations in defending human rights online.

These incidents, and many others, are what gave relevance to the work of Cameroon-based organisation PROTEGE QV in launching a report measuring the government’s recognition of rights online. In his contribution during the DRIF session, PROTEGE QV general secretary Avis Momemi said it was crucial for civil society to agree on and adopt a standard framework for measurement of the willingness of African governments to allow the internet to be instrumental in the development of the continent. Such a framework would strengthen regional advocacy work on digital rights and establish a yardstick for best practices on the continent.

Nigerian President Muhammadu Buhari’s refusal to sign the Digital Rights and Freedom Bill, following years of lobbying by Nigerian civil society organisations and digital rights activists, was also prominently spotlighted at the Forum. The Bill was first proposed and extensively discussed within the civil society and rights advocacy community during the 2014 Internet Freedom Forum – as the Digital Rights and Inclusion Forum was formerly known – hosted by Paradigm Initiative, and it was finally tabled before the House of Representatives in 2016. It registered encouraging success when it was passed in the House of Representatives in December 2017 and then in the Senate a mere three months later. Had President Buhari signed the Bill, it would have been the first law of its kind on the continent focusing extensively on digital rights and online freedom.

Human rights law consultant Lolla Shyllon stressed that while this development was a blow to the African digital rights community, there were a few lessons that could be drawn from it. She commended the national strategy that had been employed by stakeholders, especially in mapping out allies in parliament. She noted that it was important to continue lobbying while also intensifying awareness in a bid to attract more support from ordinary citizens in order to demonstrate it as a popular demand. She added that mapping of regional stakeholders who have influence within the varying national contexts was vital to keep the Bill on the agenda. Those to be courted should also include regional authorities or figures with high integrity, skills and expertise specific to the issues being advocated for.

Although at a glance the digital rights situation in Africa looks bleak, the various NGOs engaging legislators and lobbying for more online freedom are growing stronger by the day. Their work is gaining momentum and more members of the public are becoming increasingly aware of the importance of digital rights and freedoms. The temperament of the politicians on the continent remains a challenge that can only be won over through intensive lobbying, and by turning the issue of online rights into an election issue, while ensuring that the promotion of human rights standards and principles of openness in the formulation and implementation of internet policy remains an important part of the online freedom conversation.

APC is currently contributing to this effort through the “Securing human rights online in Africa through a strong and active ‘African Declaration on Internet Rights and Freedoms’ network” project. The overall goal of this project is that national and regional internet-related policy frameworks across sub-Saharan Africa promote and respect human rights, particularly freedom of expression, association and assembly, through the active involvement of civil society, led by the African Declaration on Internet Rights and Freedoms Coalition, in monitoring and responding to violations, network building, and policy development.

Koliwe Majama is a Zimbabwean media, information, communications and technologies consultant with over 15 years of experience working in civil society lobbying and advocacy. In the region and globally she has invested in networking and thought leadership on varying internet governance trends, including gender and the internet – which she has a passion for. Koliwe is the organiser of the African School on Internet Governance (AfriSIG).