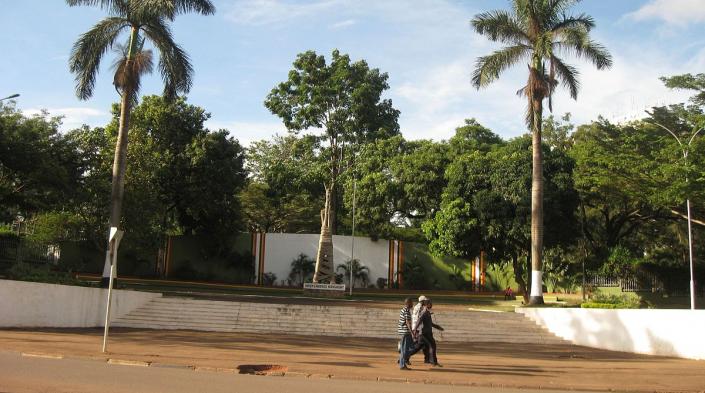 Re: Internet shutdown in Uganda and elections

We are writing to urgently request your immediate action to condemn the internet shutdown in Uganda, and to prevent any systematic or targeted attacks on democracy and freedom of expression in other African nations during forthcoming elections in 2016. [1]

On February 18, Ugandan internet users detected an internet outage affecting Twitter, Facebook, and other communications platforms. [2] According to the Uganda Communications Commission (UCC), blocking was carried out on orders of the Electoral Commission, for security reasons. [3] The shutdown coincided with voting for the presidential election, and remained in place until the afternoon of Sunday, February 21. During this period, two presidential candidates were detained under house arrest. [4] The telco MTN Uganda confirmed the UCC directed it to block “Social Media and Mobile Money services due to a threat to Public Order & Safety.” [5] The blocking order also affected the telcos Airtel, Smile, Vodafone, and Africel. President Museveni admitted to journalists on February 18 that he had ordered the block because “steps must be taken for security to stop so many (social media users from) getting in trouble; it is temporary because some people use those pathways for telling lies.” [6]

Research shows that internet shutdowns and state violence go hand in hand. [7] Shutdowns disrupt the free flow of information and create a cover of darkness that allows state repression to occur without scrutiny. Worryingly, Uganda has joined an alarming global trend of government-mandated shutdowns during elections, a practice that many African Union member governments have recently adopted, including: Burundi, Congo-Brazzaville, Egypt, Sudan, the Central African Republic, Niger, Democratic Republic of Congo. [8], [9], [10], [11], [12], [13], [14]

Internet shutdowns — with governments ordering the suspension or throttling of entire networks, often during elections or public protests — must never be allowed to become the new normal. Justified for public safety purposes, shutdowns instead cut off access to vital information, e-financing, and emergency services, plunging whole societies into fear and destabilizing the internet’s power to support small business livelihoods and drive economic development.

A growing body of jurisprudence declares shutdowns to violate international law. In 2015, various experts from the United Nations (UN) Organization for Security and Co-operation in Europe (OSCE), Organization of American States (OAS), and the African Commission on Human and Peoples’ Rights (ACHPR), issued an historic statement declaring that internet “kill switches” can never be justified under international human rights law, even in times of conflict. [16] General Comment 34 of the UN Human Rights Committee, the official interpreter of the International Covenant on Civil and Political Rights, emphasizes that restrictions on speech online must be strictly necessary and proportionate to achieve a legitimate purpose. Shutdowns disproportionately impact all users, and unnecessarily restrict access to information and emergency services communications during crucial moments.

The internet has enabled significant advances in health, education, and creativity, and it is now essential to fully realize human rights including participation in elections and access to information.

We humbly request that you use the vital positions of your good offices to:

[2] Omar Mohammed, ‘Twitter and Facebook are blocked in Uganda as the country goes to the polls’ (Quartz Africa, 18 February 2016) <http://qz.com/619188/ugandan-citizens-say-twitter-and-facebook-have-been-blocked-as-the-election-gets-underway/> accessed 18 February 2016.