We can be heroes: Towards public and legal recognition of online gender-based violence

Home / News / We can be heroes: Towards public and legal recognition of online gender-based violence 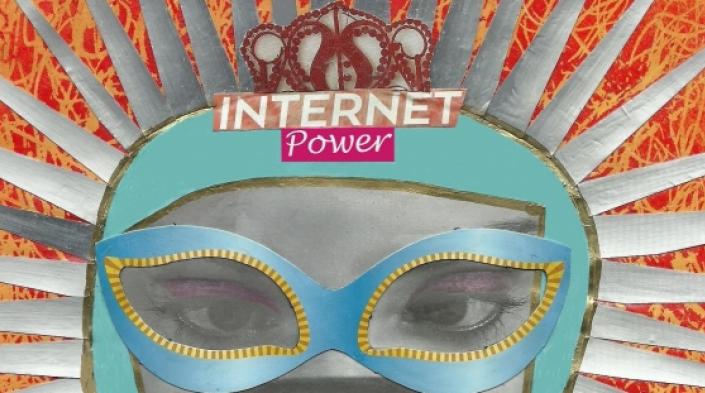 Online violence, bullying, harassment, theft of identity, and non-consensual circulation of intimate images are now being recognised as offences in most countries, and acknowledged in public discourse as misogyny and attempts to silence women and gender-diverse people (gender non-conforming, gender queer, transgender, non-binary and intersex people, and others) from participation in public life and denying them their rights to free expression and association, especially online. This edition looks at new and emerging issues in relation to online gender-based violence (GBV) in Malaysia, Egypt, India, Palestine, North America, Brazil, Argentina, Mexico and various other countries and contexts.

As the 38th regular session of the United Nations Human Rights Council begins, this collection of articles focuses on the various different forms of online gender-based violence and technology-facilitated violence – from the death threats to journalists and women public figures online and via social media to the circulation of rape videos and related extortion of vulnerable women. It has been almost ten years since the issue was first raised and it has taken arduous and immense effort to build momentum for recognition at the local, national and international level.

[Editorial] Recognition of online GBV in international law: The highs and lows

Jan Moolman
Over a decade of consistent work around visibility of online GBV has led to finally a report by the Special Rapporteur on Violence against Women that specifically addresses this phenomenon. Jan Moolman sketches out a brief timeline of the milestones towards the recognition of online GBV, and this has included advocating for inclusion of sensitive language within international law and resolutions, campaigns in different parts of the world, detailed research and reports on different forms of online GBV and technology-facilitated violence, especially in the global South.

Do we need new laws to address non-consensual circulation of intimate images?: The case of Brazil

The choice between developing new laws and frameworks for cyber offences or to work with existing laws is a dilemma faced in many countries in the global South. In this article, the legal solutions to non consensual intimate images are examined from the perspective of women who have been victimised. What do we want and expect from our legal and judicial mechanisms? How can these be more accessible, and how do we ensure equality for women of different backgrounds?

Online gender-based violence is yet another expression of the structural violence women face in everyday life. It is particularly harsh in the case of the more high-profile, critical and vocal women, such as activists who denounce patriarchy more strongly and effectively. It is even more brutal with black, indigenous, lesbian and trans women and other groups of women who are discriminated against. But no woman who raises her voice even slightly and achieves some degree of visibility is free from suffering online gender-based violence.

Cyber violence against women: The case of Bangladesh

Violence against women online is shaped by historical, cultural and social factors and this article explores the specific context of Bangladesh. This includes specific targeting of public women and journalists online and the exploitation of women by those they have intimate relationships with. Far from being an "elite white country problem", this article shows how women in the global South have to deal with various forms of online gender-based violence and ineffective policing and judicial systems.

Online GBV in Palestine means losing out on women's participation

In recent times there has been a dramatic increase in the use of internet and social media by Palestinians. In this context there is also a rising wave of online gender-based violence that leads to intimidation of women and self-censorship, which means that often women are withdrawing from social media platforms that are an arena of political and social confrontation against the Israeli occupation, building historical narratives as well as talking about internal issues within Palestinian society.

Hidden figures: A look at technology-mediated violence against women in India

IT for Change held a consultation in 2017 on the various forms of gender based cyber violence that affects women in India. Here various researchers and speakers gathered to share their data, insight and questions on the kinds of online violence faced by women in different professions, strata and social locations - from vernacular journalists to students in colleges, rural and urban women. This article also looks at various legal mechanisms and solutions offered by the state and what could be the way to address online violence.

Women who are also from vulnerable and marginalised communities, such as Dalit women in India, face additional and vicious forms of online violence and harassment. In addition their access to justice is tenuous and fraught, adding progressively to the impunity with which caste- and gender-based harassment takes place.

Online violence faced by outspoken activists: The case from Egypt

Online violence and harassment mirrors the realities of persecution in the "real world" and extends the avenues for prejudice and discrimination. In Egypt, outspoken activists and Nubian people supporting the cause of Nubians to their own land and also speaking out about race and skin colour-based prejudice face virulent online attacks and are also banned by the Egyptian government.

Twitter, in particular, can be a powerful tool for women to make connections and express themselves - from high-level female politicians to journalists, activists, writers and bloggers, to women who simply want to know what’s happening around them. It is allegedly the space where ‘every voice has the power to impact the world’. But as revealed by the report by Amnesty International, Twitter is also a platform where violence and abuse against women flourishes, often with little accountability. This article gives the main highlights from the report "Toxic Twitter".