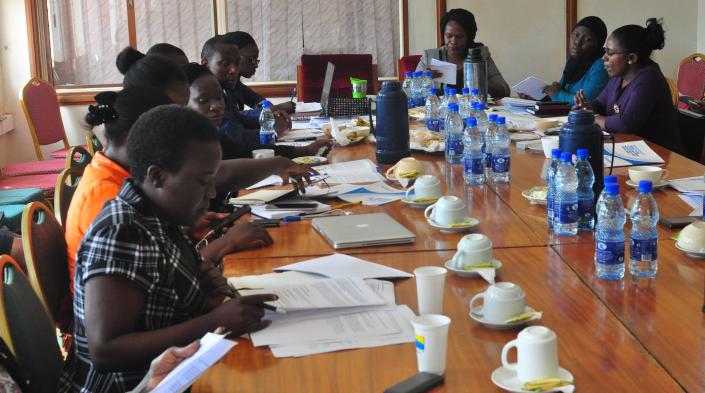 Access to the internet is becoming subject to increasing restrictions worldwide, including numerous African countries, as we reported a few months ago in “It’s like being cut off from the world”. This is particularly so in the case of Uganda, where the newest member of the APC network, Unwanted Witness, is based. We talked to Dorothy Mukasa, executive director of the organisation, about challenging internet shutdowns and other violations of human rights online in a country with high levels of corruption, unemployment and poverty.

Unwanted Witness was established in 2012 by a group of netizens, bloggers, activists, writers and human rights defenders to respond to the gap in effective communication using various online expression platforms. The online advocacy group’s latest work includes filing a case demanding that their country’s government, internet service providers and regulators explain the latest shutdowns in the country. “This is a big part of our work, as internet shutdowns violate constitutional rights to free expression and information and affect the whole population of the country, including businesses,” Mukasa highlighted. “It’s important that people are aware of the economic implications along with the constitutional and rights violations.”

A flagship of the organisation's work is Cyber Policy, an informative, interactive civic participatory platform offering opportunities for public engagement and discussions on decisions that affect internet users and communities in Uganda. This initiative relates directly to the organisation’s motto: “Amplifying voices and changing lives.”

“Amplifying the voices of people who do not have the means and resources is key to our work,” Mukasa told us. “Since 2015, we have supported over 200 rural freelance journalists in Uganda with skills and technical tools so that they can build a self-sustaining freelance media fraternity in the countryside. We encourage them to organise themselves into regional networks, provide them with computers, develop websites for them, provide internet connections and skills in digital security and website management,” she explained. “Some of these networks are now registered as community-based organisations and use the skills and tools acquired to demand accountability and advance human rights in their communities.”

“We really believe that Uganda needs a human rights approach to online platform regulation. Having a data protection law would be a positive step towards recognising and upholding citizens’ constitutional right to privacy that has for decades been violated in the wake of intrusive surveillance technologies,” said Mukasa. “We demand an inclusive internet legislative process that puts human rights at the centre.”

Defending the rights of internet users

In addition to promoting rights-based practices and policies, the organisation also defends persecuted internet users at police stations and in court rooms. “Standing in solidarity with the arrested users has built confidence and resilience among them,” Mukasa noted.

Their work engages the judiciary level as well, which “in Uganda is among the arms of government. They interpret all the repressive laws, determine cases related to internet and also use technology in the process, so unless individuals in this sector appreciate the concept of technology and human rights, violations are bound to continue.”

When asked about the most challenging parts of their work, her answer points to the red lines when it comes to the country’s power structures. “Topics concerning the army and first family are regarded as sensitive. Yet they are public officials, the president’s wife is a minister and their first son is an army general, so they should all be held accountable,” she stressed.

“As we fight surveillance, we have discovered that public funds disguised as state house allocations are used to procure surveillance equipment often managed by the security and used to violate human rights. So seeking transparency and accountability is always a challenge and risky to both the staff and organisation,” she added.