A tribute to Makane Faye: Trainer, mentor, friend and colleague 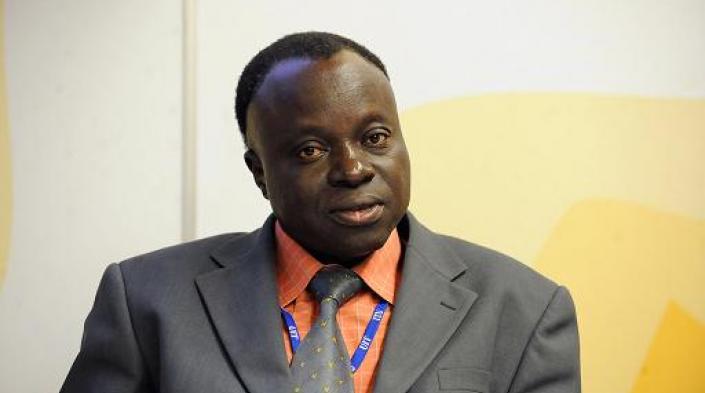 By APC and AfriSIG alumni

The community of the African School on Internet Governance (AfriSIG) has lost a mentor and trainer following the death of faculty member Makane Faye in a road traffic accident in Senegal on Friday, 26 March 2021, while he was travelling to Dakar from the holy city of Touba.

Makane’s death has left a huge void as he was a trainer par excellence and indeed a larger-than-life figure in the careers of his many fellows during his years at AfriSIG. He was a member of the School’s faculty specialising in the theoretical and practical multistakeholder approaches to internet governance. He was also a central figure in organising the African Internet Governance Forum (AfIGF), where he served as Secretary and was known and popular for his wisdom, patience and dedication.

AfriSIG continues to receive many memories of Makane Faye and condolence messages from people whose views on life, work and many other things were shaped by him.

“Makane was always so egoless about his work,” said AfriSIG Coordinator Anriette Esterhuysen. She described Makane’s passion for internet governance as “a guiding light for so many people.” Anriette added: “I will truly miss him.”

His close to 40 years of experience in information management and the information and communications technology (ICT) for development sector earned him the respect of people from diverse sectors, backgrounds and ages working on internet governance issues in Africa. AfriSIG alumni shared their shock and grief on his passing, recalling past and recent interactions with him:

“I remember vividly our first meeting in South Africa. He was our ambassador, a humble server, a mentor, a colleague, a friend and a father to us all,” Emmanuel Vitus from Togo said.

Lydienne N’ntogue from Cameroon last saw Makane at the 2019 AfIGF held in N’Djamena, Chad, where he advised and encouraged her not to lose hope in the Central African Internet Governance Forum.

“You were always ready and willing to assist and help,” she said.

Koliwe Majama from Zimbabwe, AfriSIG organiser and coordinator of the African Declaration on Internet Rights and Freedoms work stream at the Association for Progressive Communications (APC), said her last interaction with Makane was two weeks before his passing, over the report on last year’s virtual AfIGF.

“Right till the end, he pushed and gave the forum his all,” she said.

Emilar Gandhi, also from Zimbabwe and the former Africa regional policy coordinator at APC, shared these thoughts: “Makane was open and welcoming and helped open doors that were not normally open to civil society organisations. His commitment and passion for Africa's tech policy and youth development will live with us forever.”

Makane had retired from the United Nations Economic Commission for Africa (UNECA), where he served until 2016. From 1990 he had worked with UNECA in different capacities, as Information Development Officer, Regional Advisor in Information Systems Development, Senior Regional Advisor in ICT Policy, Manager of the Information Technology Centre for Africa, Chief of the e-Application Section and Chief of the Knowledge Services Section.

Recalling his work in the African region, the APC operations director, Karen Banks, said: “The news (of his death) stopped me last night when I read it. One of those 'unbelievable' moments. Even though I didn't know Makane so well, he’s a very important person in our history, and as an actor of change in Africa.”

Makane was an individual member of the APC network since 2017.

Echoing the sentiment on his impact in the region, the executive director of Paradigm Initiative, Gbenga Sesan, said: “Makane literally laid the foundation that many of us now build on.”

Gbenga described Makane as an intellectual force who promoted much-needed debate about Africa’s technology policy and practised what he preached by helping to birth and manage many projects that turned discussions into experiences.

Makane’s experience allowed him to work at both the technical and policy level, as a trainer and advisor in the development and implementation of ICT policies in Africa. He led high-level advisory missions and coordinated common positions during the World Summit on the Information Society (WSIS) process as Secretary to the African Ministerial Committee and the Internet Governance Forums at the global, continental and regional levels. He was also heavily involved in initiatives that promoted regional cooperation including the of the African Information Society Initiative (AISI) and the New Partnership for Africa's Development (NEPAD).

The NEPAD principal programme officer in the Economic Integration Division, Towela Nyirenda-Jere, who worked with Makane on various initiatives, including AfriSIG and the AfIGF said: “Makane was very passionate about his work and I learned from him how to be persistent and how to always position myself on the right side of issues – serving Africa and its citizens. We didn't always agree, but we always managed to agree how to move forward."

Makane was central to the launch of the AfIGF, and in his role as Secretary, he worked closely with the African Union Commission, Information Society Division in organising the annual meeting. His last AfIGF was the ninth edition, which was held virtually on 25-27 November 2020, due to travel restrictions imposed in response to the COVID-19 pandemic.

“The man was indefatigable,” said Internet Corporation for Assigned Names and Numbers (ICANN) Stakeholder Engagement Senior Manager for Eastern and Southern Africa Bob Ochieng in his description of him.

A befitting description for a man who, no doubt, spent a significant amount of his time working for the continent, and living the dream for a democratic digital environment that would aid further development.