TEDIC joins the APC network: “New ways of doing things, new approaches to improve the work we do, together”

Home / News / TEDIC joins the APC network: “New ways of doing things, new approaches to improve the work we do, together” 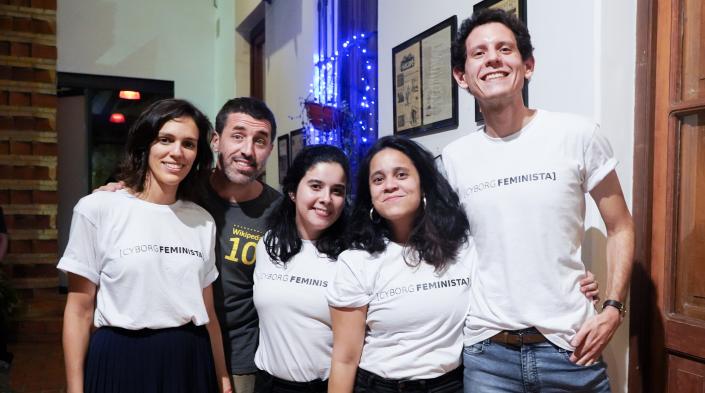 The Association of Technology, Education, Development, Research and Communication, better known as TEDIC, is a Paraguayan non-profit organisation founded in 2012 that develops open civic technology and defends digital rights for a free culture on the internet. And it is also one of the newest members of the APC network!

Some of TEDIC’s main initiatives include:

TEDIC also collaborates in national human rights reports in Paraguay, specifically on the chapter on telecommunications and the internet, and is currently working on regional communications for the reports of the United Nations and Organization of American States (OAS) special rapporteurs on freedom of expression. For next year, it is planning a project on art, human rights, technology and feminism.

TEDIC has been a part of the larger “APC community” for several years, through partnerships that have included their contribution of the Paraguay country report for the Examining Internet Freedom in Latin America (EXLILA) research project, implemented by APC in collaboration with member organisation Derechos Digitales. Now that TEDIC has taken the step of becoming an APC member organisation, APCNews spoke with them to find out more.

APCNews: Why did you decide to join the APC network?

TEDIC: We decided to join APC to expand our network of partner organisations, and also to learn more about new and innovative proposals and initiatives that are happening not only in Latin America, but also in the rest of the world.

We believe that the ability to create, expand and strengthen networks is the structural foundation needed to work in an intersectoral and integrated way. The chance to learn more about different visions of the world and different ways of working was one of the major determining factors in our decision to enter the APC network.

APCNews: What do you think you can contribute as a member, and what do you expect from APC?

TEDIC: We think that as a member based in Paraguay, a country with a broad and also very unequal cultural context, we can contribute our experience in the defence of human rights online through concrete initiatives which might be of interest to other members of the network. These include strategic litigation in areas like the use of facial recognition technology, lobbying at the national congress on personal data, surveillance, and electronic voting issues with biometrics in the electoral system, and bootcamps for journalists on issues of privacy and freedom of expression on the internet.

As for what we expect from APC, we feel that being part of the network will bring us into contact with more organisations, more projects, and more people so we can think about new ways of doing things, new approaches to improve the work we do, together.