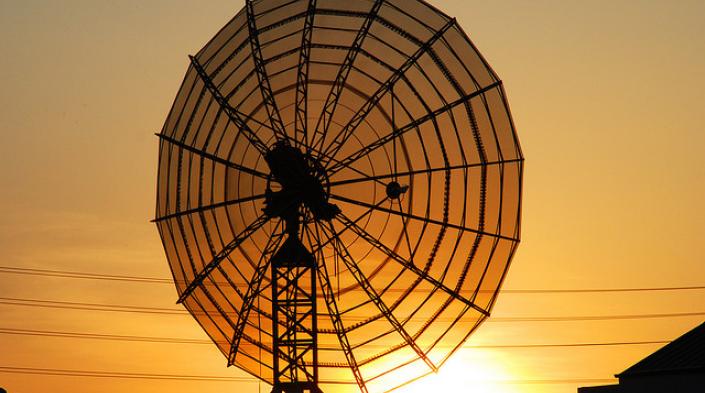 In South Africa, access to voice and internet technologies that use wireless spectrum is certainly possible. However for many, it is simply not affordable. This means that large segments of South Africa’s population cannot readily communicate with the world at large or access information which may be vital to their livelihoods or businesses,” says Steve Song, telecommunications fellow at the Shuttleworth Foundation, in a new report commissioned by the APC which reveals that there are more opportunities for freeing up spectrum in South Africa than realised, and that opening up these segments of spectrum could help to make access affordable to all South Africans.

Song identifies lack of competition as one of the main barriers to affordable access. He believes that encouraging competition by lowering barriers to market entry is the ideal way to drive down the prices.

A second option, regulating prices through an independent regulator, is less ideal because interventions such as these often don’t work as intended. “Telecom operators are expert at debating, delaying, and generally working around the regulator interventions while they continue to make tremendous profits,” explains Song. “Introducing more competition among telecommunications operators is likely to incite a faster and more effective reduction in prices and services.”

It may seem a simple idea to open up the market to competition, but until recently it has not been straightforward in South Africa.

And once the license has been obtained, operators still need to connect to individual homes and people, the “last mile”. Copper wires provide a fast connection, but they are expensive to deploy and vulnerable to theft. With these limitations, wireless is a very practical option for widespread coverage.

Yet with wireless comes an entirely new challenge says Song.

“Getting access to wireless spectrum is nearly as hard as getting a telecommunications license used to be,” compares Song. “If wireless spectrum is not available for you to use, you have another seemingly insurmountable barrier. This is why the campaign for open spectrum is so important – because it is one of the chief obstacles to opening up competition.”

Different wireless technologies (GSM, CDMA, etc.) are typically designed to work in different ranges of spectrum. In the case of GSM networks in Africa for example, spectrum needed is the 900 and 1800 megahertz bands. Virtually all of this spectrum has already been assigned to existing mobile operators.

And while other frequencies may be available to use for wireless services, it’s not as simple as just opening them up Song explains. “You can’t just say we’ll open up XYZ spectrum – we also need devices that work in that range of spectrum…and then you are dependant on manufacturers making devices that work in the spectrum that you want to use.”

Despite these challenges, there are still many opportunities for freeing up spectrum. In particular, television white spaces (the spaces that were left between channels so that they would not interfere with one another) could provide another range of spectrum and an opportunity for unlicensed spectrum.

However, getting enabling spectrum policy in place in South Africa is key to taking full advantage of that opportunity. As Africa moves to digital television broadcasting over the next four years, there will be no more need for the spaces between television channels, and an important amount of spectrum will therefore be opened up.

“Television white space spectrum is not currently featured in the policy agenda of any country in Africa,” notes Song.

WiFi is probably the best know example of unlicensed spectrum use. In spite of having very low power outputs and consequently limited range, WiFi has been has been an enormous success outstripping all expectation. In fact, it is expected that WiFi chips will outsell cellular phones by 2012 in South Africa.

The lack of any barriers to use, such as a spectrum license, has been key to WiFi’s success.

Transparency and not scarcity

There is a general perception that spectrum is scarce but Song explains that only a tiny percentage of it is actually in use.

According to Song, the problem lies in the transparency of use.

Since a comprehensive South African spectrum audit had not been conducted, it is impossible to know what spectrum can actually be used.

“Thanks to International Telecommunications Union (ITU) guidelines, which are followed quite closely by most countries, we know what spectrum bands are intended to be used for which particular purpose. However very often we don’t know what spectrum has already been assigned for use,” he explains.

Even if spectrum assignments are made known, it is hard to determine whether those organisations that have been given spectrum are actually using it.

Steve Song is the founder of Village Telco, a social enterprise that develops low-cost, open source telephone network technology for use in under-serviced areas. He has spent the last three years as a fellow at the Shuttleworth Foundation in South Africa developing both advocacy and technology to drive down the cost of access for those who can least afford it.