The shift from connecting people to connecting things: Why 5G will not reduce the digital divide

Home / News / The shift from connecting people to connecting things: Why 5G will not reduce the digital divide 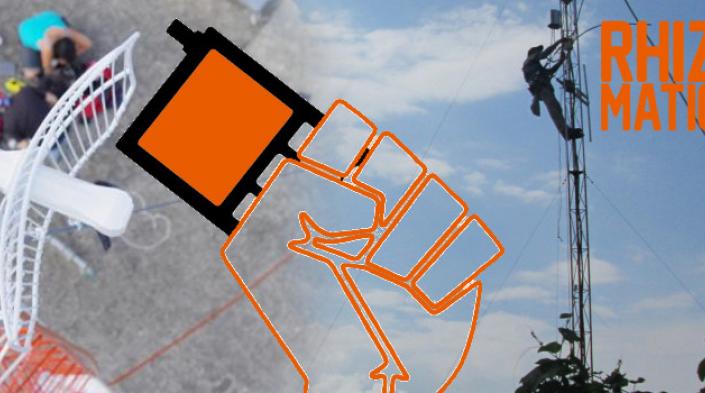 By Peter Bloom for Rhizomatica

In many countries around the world, especially wealthy, developed countries, network operators are on the cusp of rolling out 5G networks, a development that is gaining growing attention. According to Peter Bloom, founder of APC member organisation Rhizomatica, “The push towards 5G encompasses a plethora of interest groups, particularly governments, financing institutions and telecommunications companies, that demands to be better analysed in order to understand where things are moving, whose interests are being served and the possible consequences of these changes.”

Bloom undertakes an in-depth analysis of the many issues at stake in a recent series of articles published on the Rhizomatica website. The first in the series, “Talkin’ ’bout my (5th) generation”, offers a wide-reaching overview of the technical and regulatory implications of 5G roll-out, particularly with regard to spectrum usage, and the potential risks with regard to privacy and surveillance. Bloom also highlights the shift in focus entailed by the advent of 5G networks: “My conclusion is that the imperative to ensure everyone has the right to communicate and access information, which is laudable, is being supplanted by this new drive to connect the already connected even further through a whole host of new and upgraded technologies.”

This theme is explored further in the next article in the series, “5G won’t reduce the digital divide and might even make it worse”. With so much attention focused on the roll-out of this next generation of networks, much of the energy from the mobile sector around connecting the unconnected is dissipating, Bloom notes. And this shift away from connecting people is particularly concerning because, over the last few decades, the mobile industry has been seen as the magic bullet in terms of increasing connectivity. However, while the “mobile revolution” did in fact allow millions and millions of people to be connected to more affordable voice and data services, “the mobile industry is in the throes of a new revolution, just one that has little or nothing to do with increasing access or affordability,” Bloom notes.

“A fundamental issue is that 5G is not human-centred. Communication between and among human beings is only a small part of the package, as is people accessing information and engaging in dialogue,” he stresses. “When people are no longer the intrinsic focus of the communication system, then something fundamental has changed about the nature and purpose of the network. 5G networks are being built to do something different and if we are concerned about how three to four billion people on the planet will be able to exercise their fundamental rights to communications and information, then we need to look elsewhere.”

One alternative solution for achieving access where it is still lacking is through the promotion of locally owned and operated infrastructure, the goal of a project currently being undertaken by APC in partnership with Rhizomatica, “Connecting the unconnected: Supporting community networks and other community-based connectivity initiatives”. The ultimate aim of the project is to contribute to an enabling ecosystem for the emergence and growth of community networks and other community-based connectivity initiatives in developing countries.

The third and final article in the series – so far – explores how the lessons from the “Right to the City” movement can be applied by the movement to connect the unconnected. In “The Right to the Network: On capitalism and next generation networks”, Bloom suggests that one potential strategy is “pushing for better policies and regulations that force governments and companies to invest in infrastructure in unconnected places, open and fair access to spectrum, interconnection and rights of way for community networks and SME’s, and effective use of and access to the incredible amounts of money salted away in Universal Service Funds.”

All three articles are also available in Spanish on the Rhizomatica website.

Rhizomatica's mission is to increase access to mobile telecommunications to the over two billion people without affordable coverage and the 700 million with none at all. Its approach combines regulatory reform, decentralisation, community involvement, and the application of new technologies to connect people and communities to services proven to increase access to information, development and, ultimately, quality of life. It has been a member organisation of the APC network since 2016.